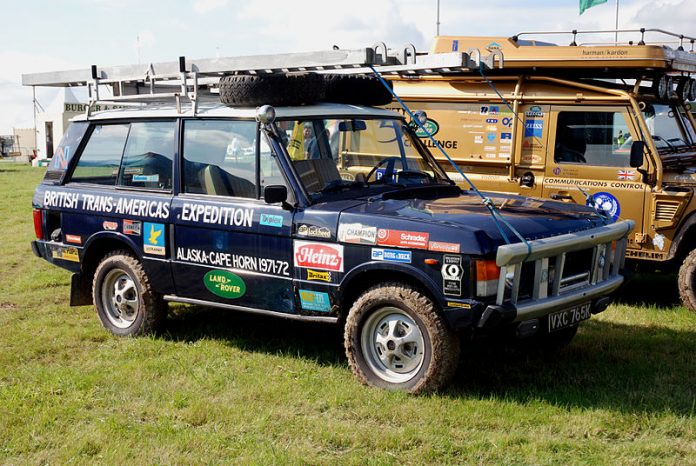 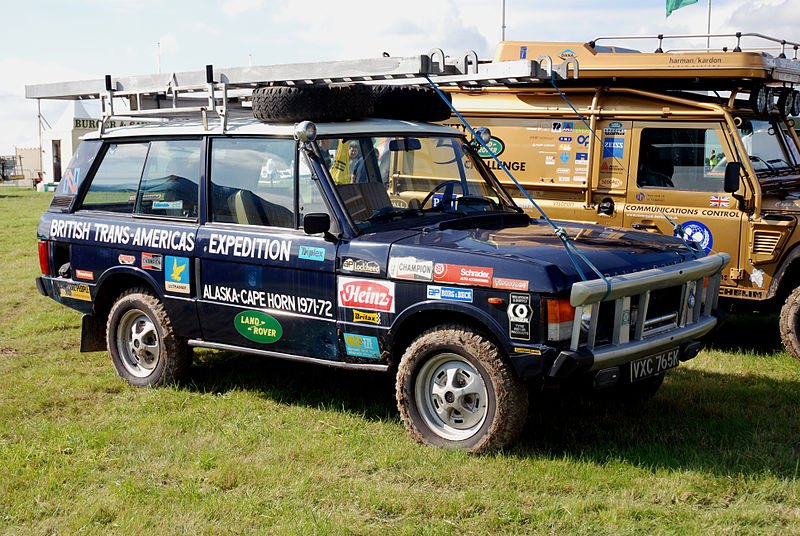 In car history, there are very few vehicles that managed to remain relevant and popular for a quarter of a century like the Range Rover Mk1. When you encounter such a vehicle, you will notice that it represents a unique combination of quality, practicality, timeless design, and usability that is interesting to buyers for so long.

Add a specific design and cult following to the mix, and you got yourself a genuine automotive legend!

In the case of Range Rover Mk1 or “Classic,” as it is called, you have all the above and more, and here is why this boxy off-roader is so important.

The Origins of the Range Rover 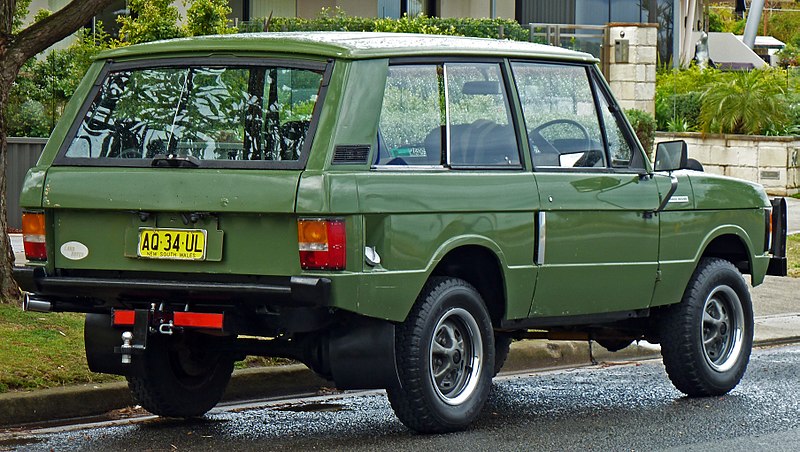 The Land Rover emerged in 1948 as a tough, four-wheel-drive vehicle designed and engineered to counterpart to Jeep Willys. Over the years, it evolved and matured into a highly capable off-roader, which was made and sold in various versions and body styles.

But the original Land Rover was a very crude device, extremely capable off-road but very uncomfortable on-road, with minimal creature comforts and poor road manners. It was built to be at home in the jungle but not on the highway.

Very soon, Land Rover realized that there was a need for a more comfortable model that would retain the off-road usability but have softer suspension, a different cabin and be more suited for civilian use and everyday driving. The company closely followed the development of the SUV class in America and the appearance of such models as Jeep Wagoneer and International Scout. 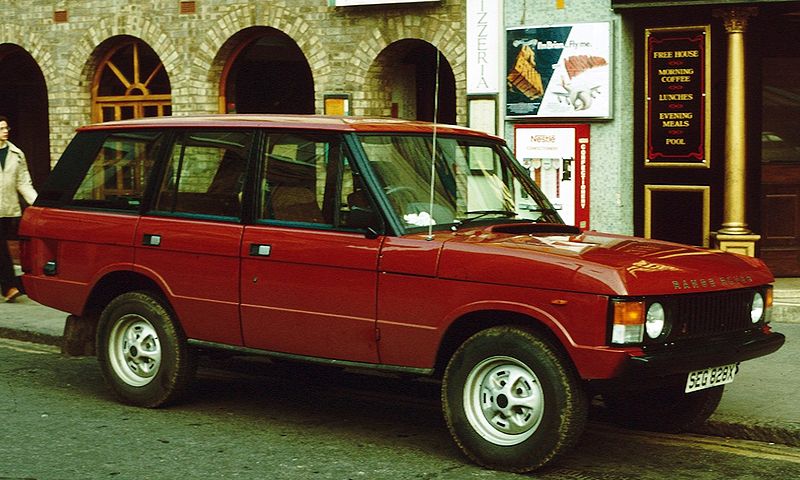 In the late ’60s, Land Rover even bought a Ford Bronco, dismantled it, and discovered that a coil-spring suspension with long-travel could replace the standard leaf-spring set up and provide the same off-road usability but far better on-road handling.

Since the “recreational off-road” market was growing, the company managed to push the project beyond into development. Called project “Velar,” the first Range Rover Mk1 was introduced in 1970 and represented the first new and advanced Land Rover product since the 1948 introduction of Series I. 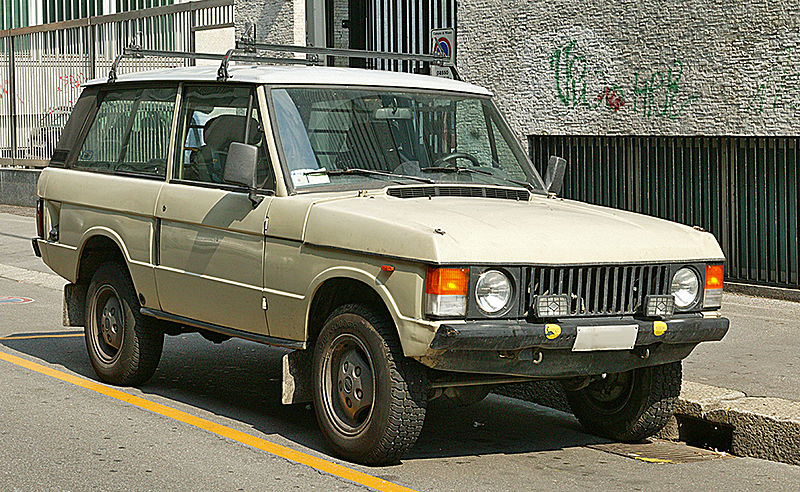 With coil spring suspension, hydraulic disc brakes on all four wheels, advanced four-wheel-drive, and very specific construction and design, the 1970 Range Rover was a technological marvel.

Land Rover felt that the product was so advanced that it needed a unique name, hence the Range Rover. Even though the standard ladder-type steel chassis was used, all body panels were made of aluminum and bolted on to the body, making them easy to replace if needed. The suspension used coil springs, which provided the Range Rover with the level of comfort and the ride quality unknown to other Land Rover models.

Under the hood was a 3.5-liter V8 engine with an aluminum block, slightly detuned, and delivering 135 hp. This unit was, in fact, a Buick-designed engine, which Rover manufactured under license and installed in several of its products.

The Range Rover Mk1 was able to go to 60 mph in just 11 seconds and top 98 mph, which were respectable figures in the early ’70s, especially for an SUV. Short gearing and a competent four-wheel-drive system helped acceleration.

During its production, Rover installed numerous engines under the hood of Range Rover. Starting with a 3.5-liter V8, then 3.9-liter and 4.2-liter V8 engines, Range Rover could also be had with several turbodiesel units, sold in Europe and selected markets. 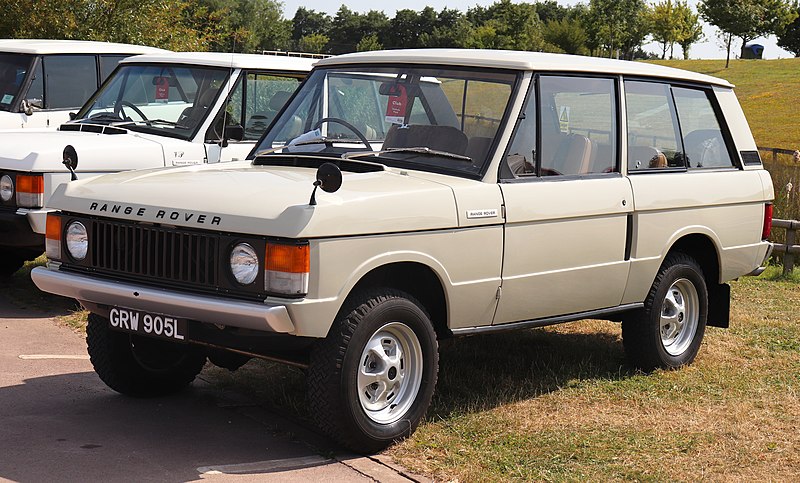 For early ’70s standards, Range Rover Mk1 featured very modern styling with a boxy silhouette. Although it was positioned above the standard Land Rover, with interior appointments and prices closer to the premium sedan, Range Rover didn’t have much chrome. The cabin was spacious enough for five passengers, and the rear tailgate revealed a big trunk. The large glass areas provided exceptional visibility, and the high seating position helped the driver.

The first Range Rovers were only sold in three-door form, but in 1981, the more conventional five-door design was introduced. The three-door model remained in production for a few years, but it was discontinued in the late ’80s when the market for luxury SUVs favored only the more usable five-door models. 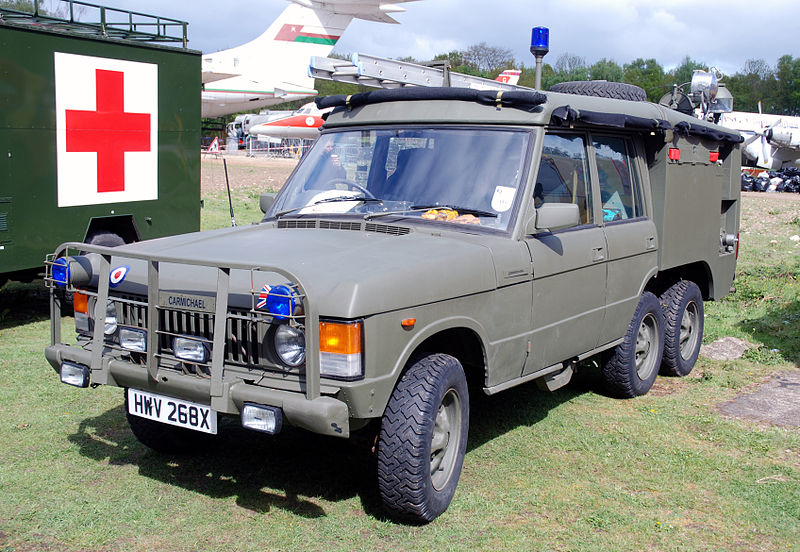 Officially, Land Rover never produced convertible or pickup versions, but during the ’70s and ’80s, many custom car companies introduced such models. However, you could buy specialized 6×6 models designed as emergency response vehicles or fire trucks.

The Success of the Range Rover 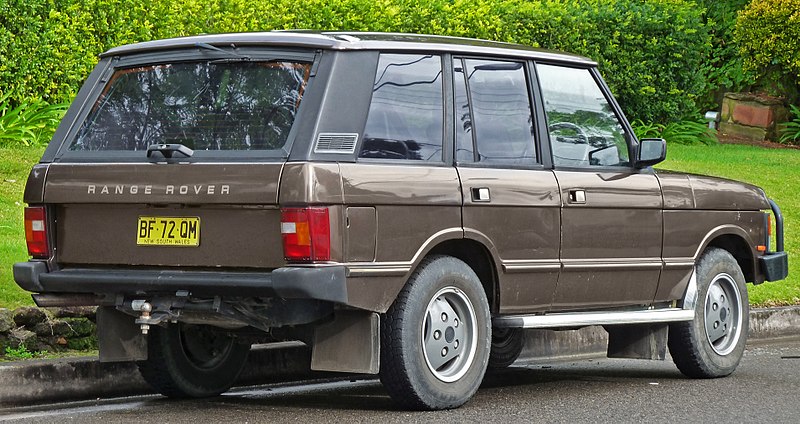 Immediately after its introduction, the Range Rover Mk1 became one of the best-selling models for the company. Even though it was more expensive to buy and maintain than the regular Defender, the Range Rover had a broader spectrum of customers, and its release perfectly corresponded with the rise of luxury SUV vehicles. Apart from Jeep Wagoneer, Range Rover was the only luxury SUV for a long time, which cemented its reputation.

The introduction of the five-door version and higher trim levels, leather interior, automatic transmission, and other creature comforts defined its position on the market and turned it into a status symbol rather than the intended off-road vehicle. In America, it was rarely seen off-road, but in Europe, it was often a police or ambulance vehicle, used by numerous agencies and governments. 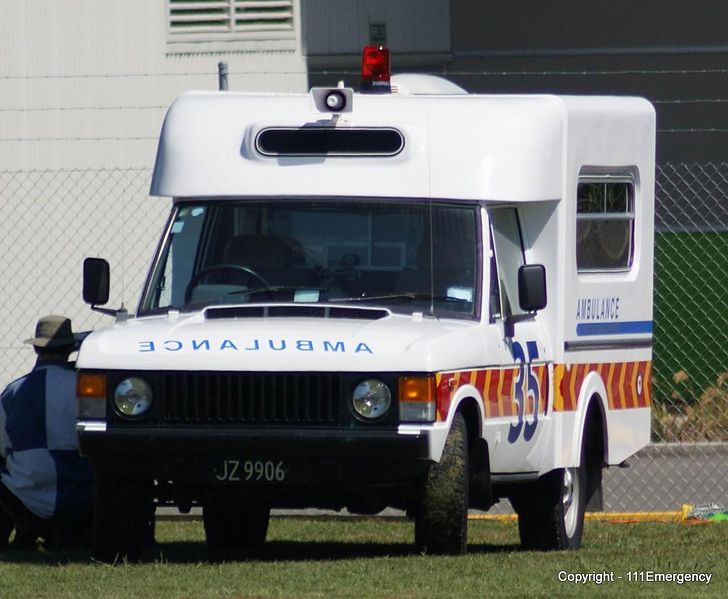 111 Emergency from New Zealand, CC BY 2.0, via Wikimedia Commons

The Range Rover’s American story should have started in 1971, but due to emissions regulations and homologation problems, British Leyland never managed to offer the car to US customers officially.

However, it doesn’t mean that Range Rover wasn’t sold here; it means that it was part of the gray export scene until 1984 when Aston Martin dealers started selling them in the U.S.

The Legacy of the Range Rover 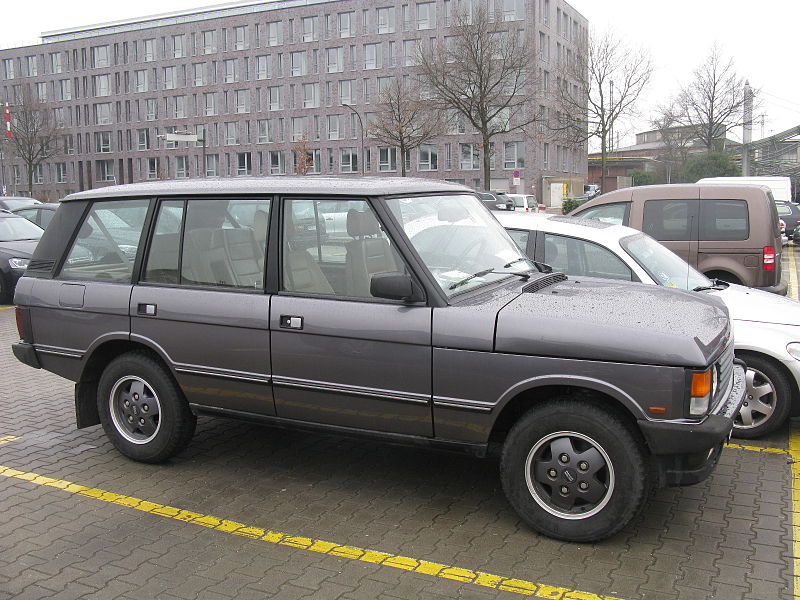 It was also one of the most iconic British vehicles and a true trailblazer in off-road class. It was successful in off-road races (Paris Dakar) as well as on the market. The Range Rover Mk1 Classic is the first model in a long line of respectable SUVs, which is still made today.