How Good is a Rivian Off Road? 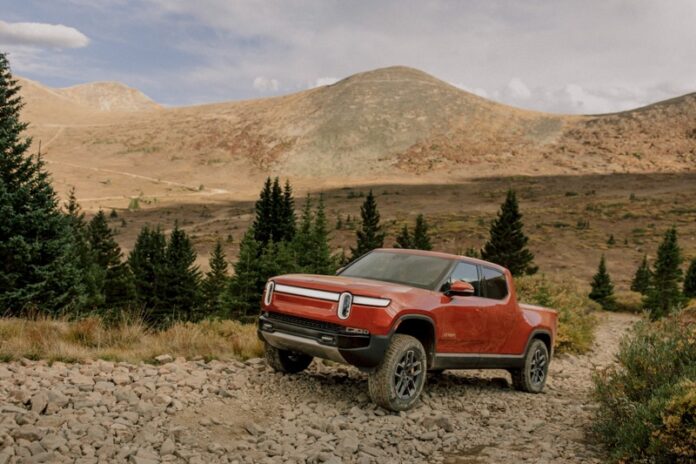 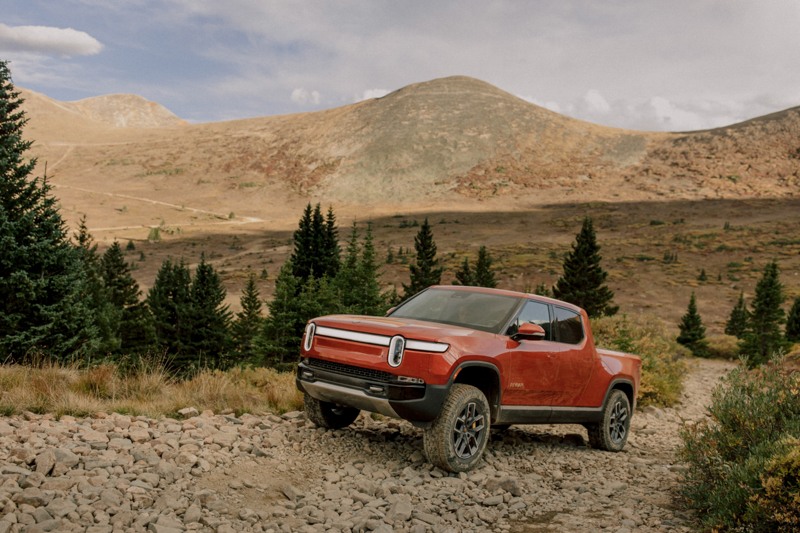 There is no denying that the Rivian R1T offers some impressive features. So far, people who have reviewed it have stated that it is a good off-road.

In some sense, that is true; however, we think there are drawbacks many have not seen or talked about yet.

In this article, we will be going over its available features and the reason why its off-road abilities may not be as impressive as most think. 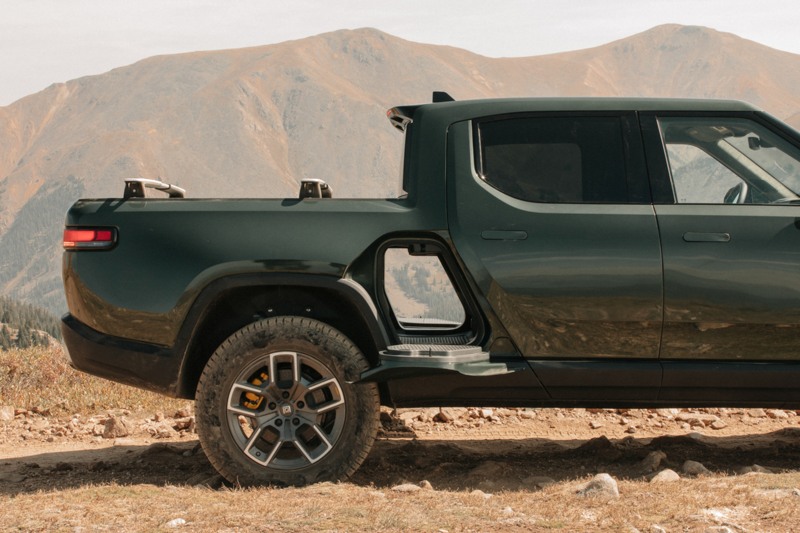 The RIvian R1T offers great features both for off-roading and camping. Being a pickup, it provides a total of 62 cubic feet of storage. That’s between the bed, front trunk, rear storage bin, under-seat compartments, center console, and gear tunnel.

Like many EV trucks, in the bed, you get two 120V outlets that can be used to power anything from work equipment to camping gear. An air compressor is also available, and there is room under the floor for a full-sized spare tire.

The gear tunnel offers space for your ski boots, muddy trail shoes, and other gear you would rather keep outside the cabin. The side doors have storage compartments inside and can hold 250 lbs, making them the perfect step for roof access.

As we are sure you have seen, the gear tunnel can be specked to include a full-size kitchen that offers all the essentials. This is a great accessory that will make camping much easier.

Aside from the conventional features, the Rivian also provides luxuries mostly found in EVs. For example, the truck features Driver +, which enables the vehicle to automatically steer and adjust speed. Other features like lane keep and blind spot monitoring are also offered. 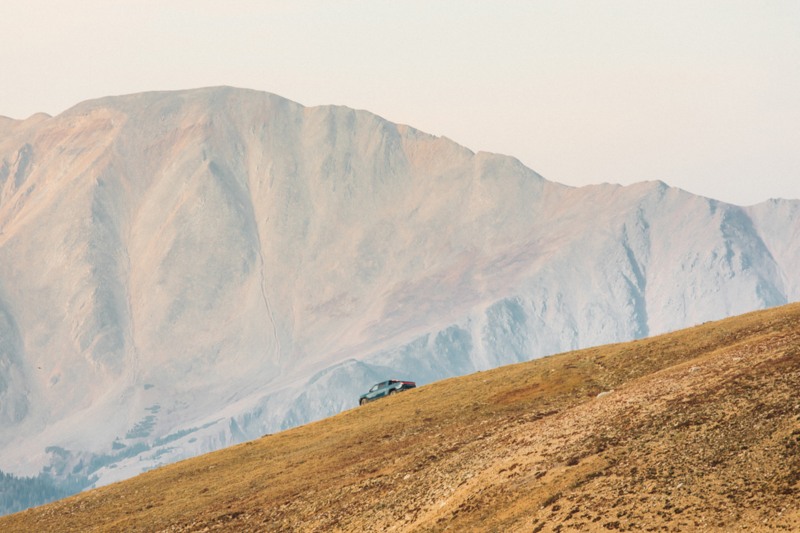 So far, we have great camping amenities and on-road comfort; however, what about those off-road features? Below is a list of the most important ones:

All of the above numbers are impressive; in fact, they are some of the best in the industry.

However, there are a few issues most people do not consider…

First, the Rivian has no locking differentials, so it fully relies on traction control for grip. This system is effective, and manufacturers such as Land Rover have proven it; however, the one on the Rivian seems to be a bit slow in its response. It sits there spinning the wrong wheels for quite some time before it figures out exactly where to send the power. It does seem to manage it, though.

The second issue is its independent front and rear suspension, which seems to be incredibly stiff when in off road mode. This is an issue that Land Rover vehicles also have. Off road suspension must be soft and should be able to comply with the ground. The stiffness of the air suspension in the Revian leads to a lot of hopping during wheel spin, which can lead to breakages. 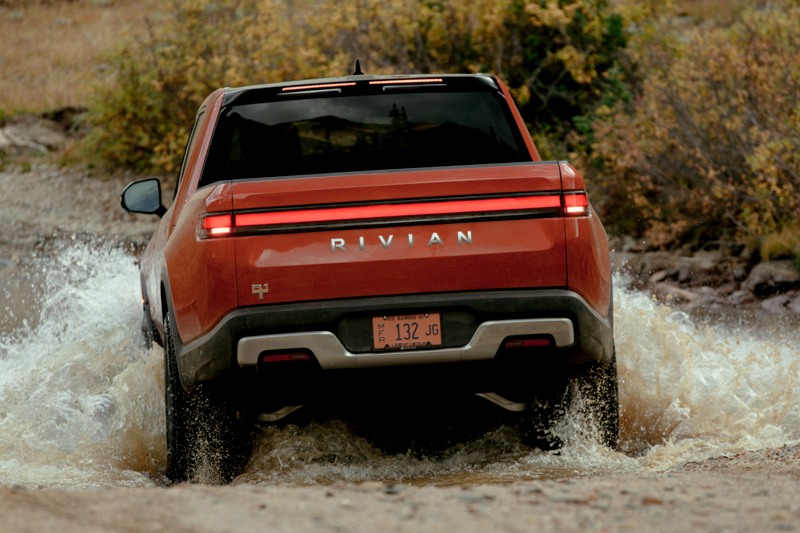 Another issue is its weight and wheel and tire combination. At 5,842 lbs, it’s one of the heaviest off-roaders on the market. The main problem here is that the smallest wheel size one can get on a Rivian is 20 inches. A 20-inch wheel vastly reduces the sidewall of the tire, therefore, increasing the chances of a puncture and reducing the ability to air down.

The Rivian does come with some decent off-road tires, but punctures will certainly be an issue.

Finally, we have the fact that the Rivian, just like the new Defender, will be very difficult to modify. All the sensors and the design of the front and rear end will make fitting a steel bumper and winch incredibly difficult, and the independent air suspension will lead to issues when it comes to lifting it. 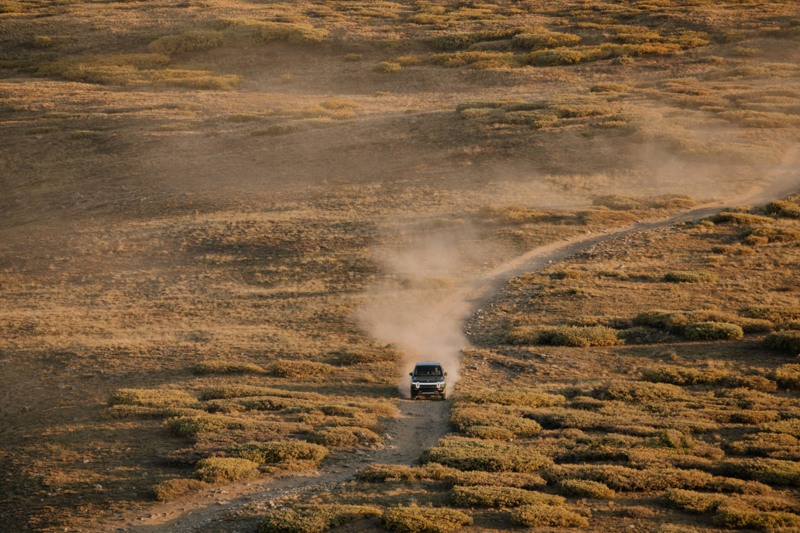 To summarize the previous statements, below is a video of none other than the legendary Doug Demuro. In this video, Doug highly praises the impressive abilities of the Rivian; however, to an avid off roader, the issues mentioned above are obvious.

First of all, let’s talk about the obstacle. This is a steep and shaly hill that requires a lot of traction. Although it took some time for the traction control to figure everything out, the Rivian did manage to climb it. While it did, though, the stiff suspension and hopping effect were obvious. During wheelspin, we can also see the front wheels twitching left and right due to the forces applied. This can easily lead to broken steering rack ends or even CVs.

On the plus side, the impressive amount of clearance meant the Rivian had no issues clearing the large rocks. That’s an important metric for judging the Rivian off road.

The problem with this obstacle is that it is the best-case scenario for a Rivian to showcase its abilities. The electric motors mean that power can be distributed to each wheel very effectively, and this is the reason why it managed to get up.

The real challenge for the Rivian would be a trail with big rocks and ruts which require wheel articulation. The stiffness of the air suspension would have wheels in the air often. Granted, the traction control would pull the vehicle through; however, there is a certain point where everything just becomes too tippy.

Finally, having a look at how the truck behaves, we are not convinced that its components are strong enough to handle years of tough off-road use. It all seems a bit flimsy. 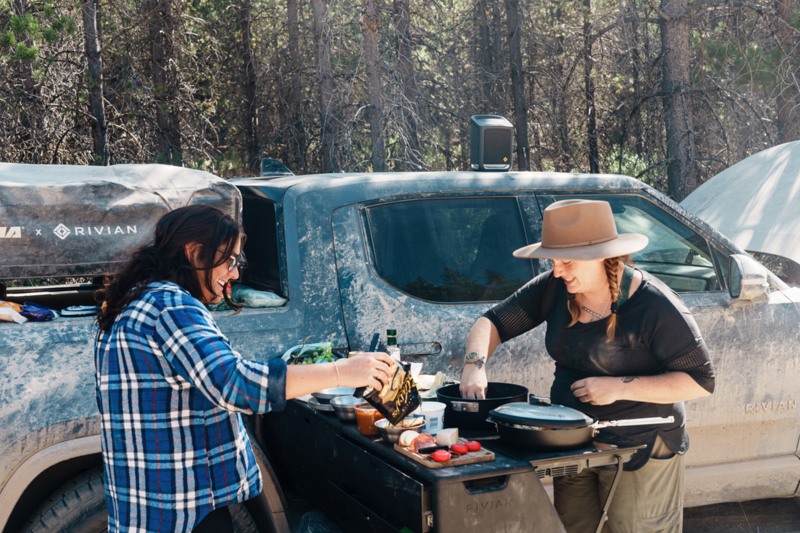 For most people, the Rivian is a great vehicle. It offers immense on-road abilities while also being impressive off-road. However, as people who love the tough trails, we can see limitations to its design.

What do you think about the Rivian? Let us know in the forum section of our page.