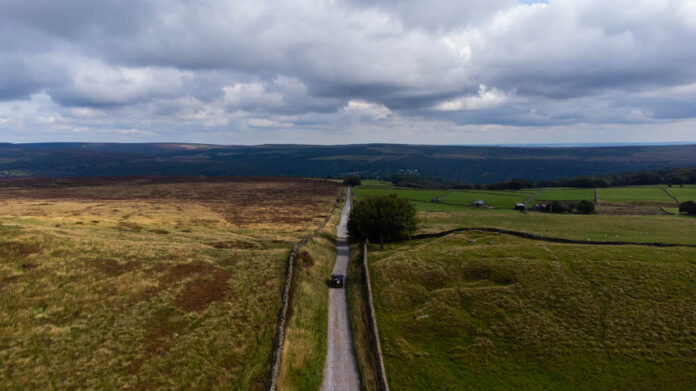 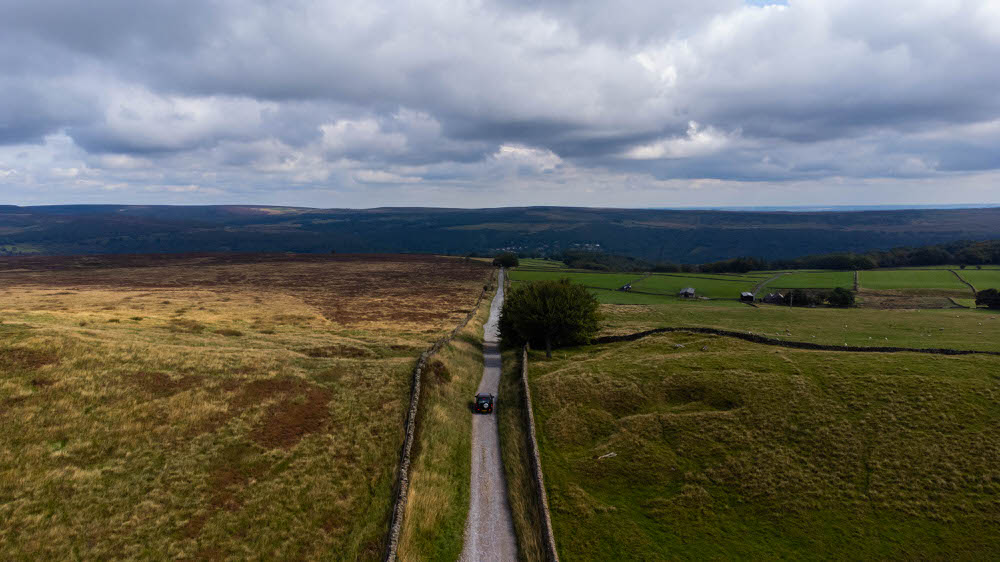 My first green laning adventure had taken me through the beautiful Midlands countryside. There was mud, ruts, and shallow rivers. All the obstacles served as a test of the car and my mapping systems, and both seemed to work great.

So, the sensible thing to do the next week was to head somewhere a bit further away, a place I have visited many times due to its beauty and calmness – the Peak District.

This visit to the Peaks was going to be different as the primary focus would be to explore through the roads less travelled. During my adventure, I would drive through the beautiful Winnats Pass and then onto lanes that took me through farmlands, mines, and peaks. 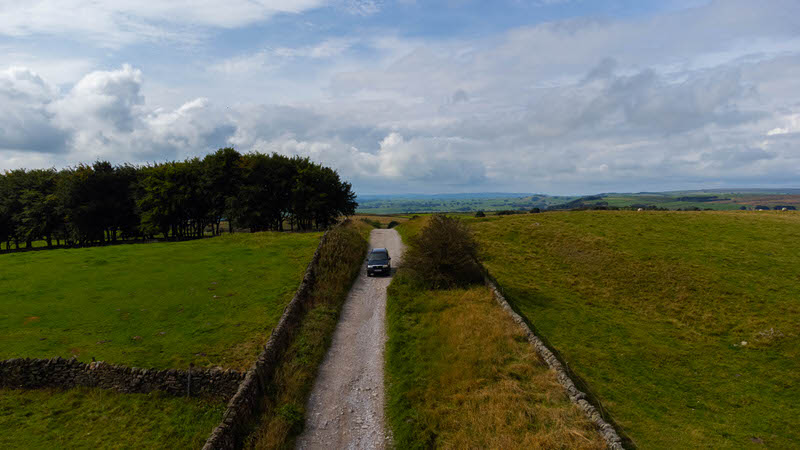 The best part? The villages around were packed with people enjoying one of the last few warm weekends, but the lanes? Those were empty and all to myself.

Every adventure starts with research and that’s not just for the UK. I believe that plotting the routes you will take can many times be a benefit as you go through the areas you want to visit. Of course, some spontaneous unplanned adventures also have their positives but, in the UK, you wouldn’t know where you are allowed to drive if you did no research. 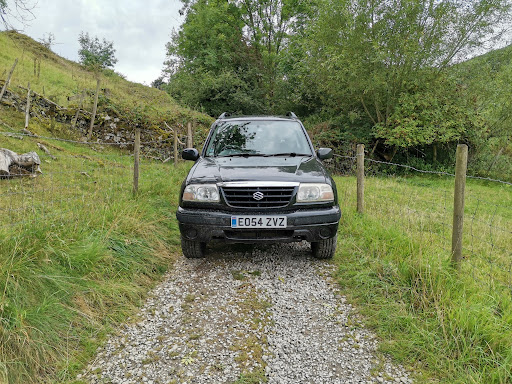 As said by many, there are plenty of lanes to choose from in the Peak District. By going over the comments on each one I selected the routes that offered a good mix of challenge and scenery.

I was lucky enough to pinpoint the Pindale Quarry route on Trailwise (UK Green Lane Mapping App) which I thought would be fun driving uphill to test the Vitara – we will get onto how that went later on. 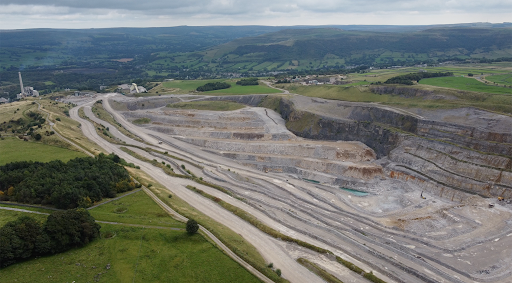 The adventure began with a quick check of engine oil and coolant, it’s good to remember doing this – especially if you run an older car. With that out of the way, I hit the road for the 1.40h journey to the Castleton area where I was going to drive the first lane for the day.

I don’t know if it’s just me but there is something exciting about heading on an adventure on the weekend. The roads were quiet, there was good music on the radio, and the sky presented a slight chance of rain that would make any green laning day more exciting.

As I passed Sheffield and started entering the Peak District, I got reminded of why I love this place so much. It’s the image of the old villages situated right in the middle of the lush and green hills that give a fairy-tale-like feel to the whole place. And as much as it sounds weird, the cloudy weather seemed to add to the whole experience. 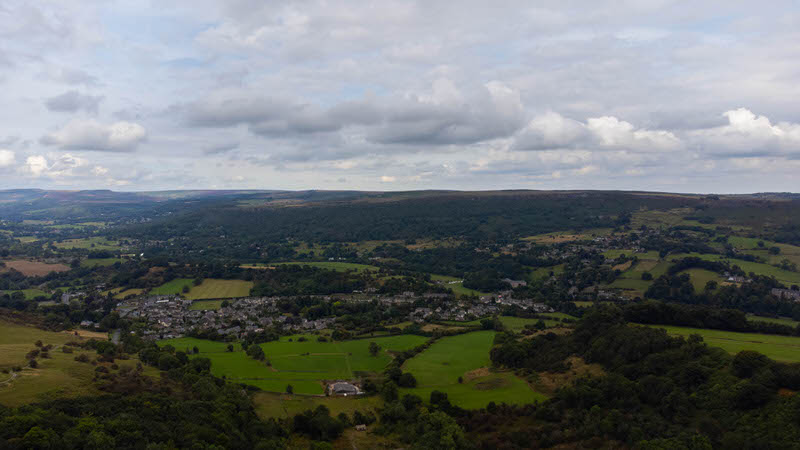 Anyhow, to my surprise the road took me through the Winnats pass and on to my first lane. This one was a slightly longer one that crossed some farms located on the hills. The ground was solid but there were plenty of puddles to go through. None of them would be an issue for a 4×4 though.

The Pindale quarry was located a bit further down the road. This is a famous track in the Peak District because of the steep incline and sharp rocks. You can drive down or up it, and as I was doing some important R&D testing on the Vitara I decided to do both.

Going down I didn’t find any real issues and was surprised by the engine braking the Suzuki had in low range. Coming from a turbo diesel Land Cruiser I was expecting a 1.6 petrol to be awful at engine braking, but it wasn’t.

A few areas looked like they could be an issue going up mainly due to wheel travel and ground clearance, but it certainly seemed doable.

You see, the good thing about the Suzuki is even if it can’t make it up a section it’s so small that it can drive around it or pick a line a big 4×4 never could. Because of that, the Vitara surprised me on the way up. With the correct line choice, it conquered the hill relatively easily and I had no issues with grip even on road tires. It did scrape the exhaust on a huge rock, but that’s to be expected. 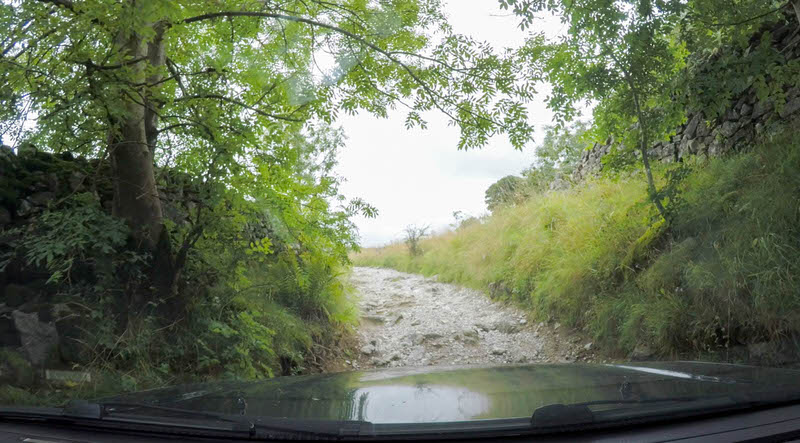 Airing down the tires in such situations can give you more grip due to the larger contact patch between the tire and the ground while also helping resist punctures. In this case, I decided not to air down because I didn’t have an air compressor to air back up.

With the important R&D out of the way I now had some more confidence in the abilities of the vehicle. So, I continued onwards to some scenic lanes situated on top of peaks and inside the deep peak district forest.

None of them were particularly challenging; so, I didn’t get stuck, nor did I break the car. Therefore, I would say there is no point in writing about them as it would be boring. Instead, you can enjoy some beautiful drone pictures of the surrounding area. 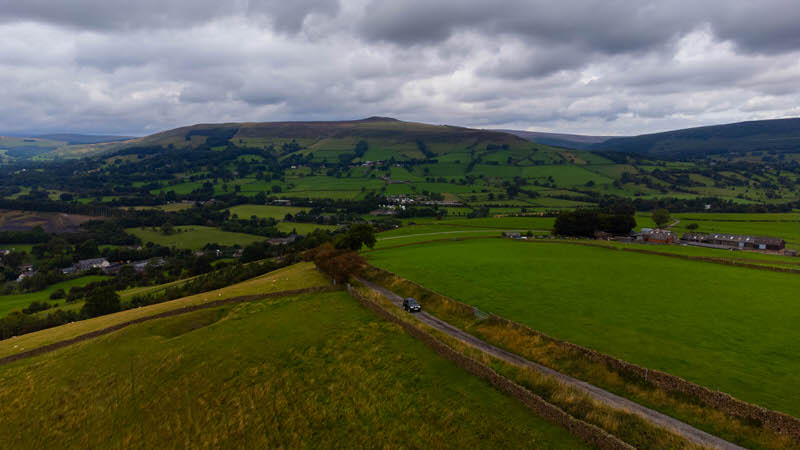 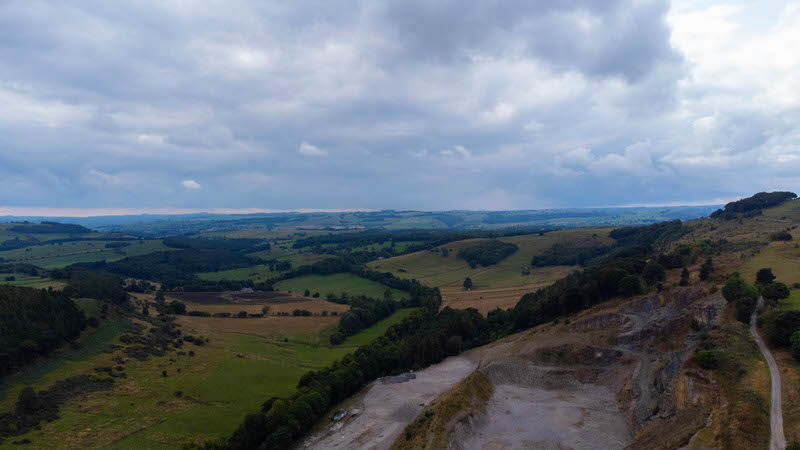 Getting to see the peak district from another perspective was an amazing experience – one I believe only a 4×4 can offer. These types of vehicles serve as an excuse to get out and see places few do. It can be addicting in many ways, but that’s a good thing. It’s a shame living your whole life in a country you never explored. So, get out there and see what your land has to offer.