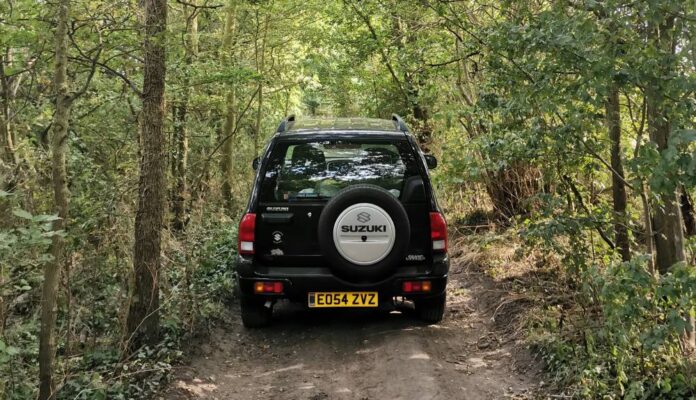 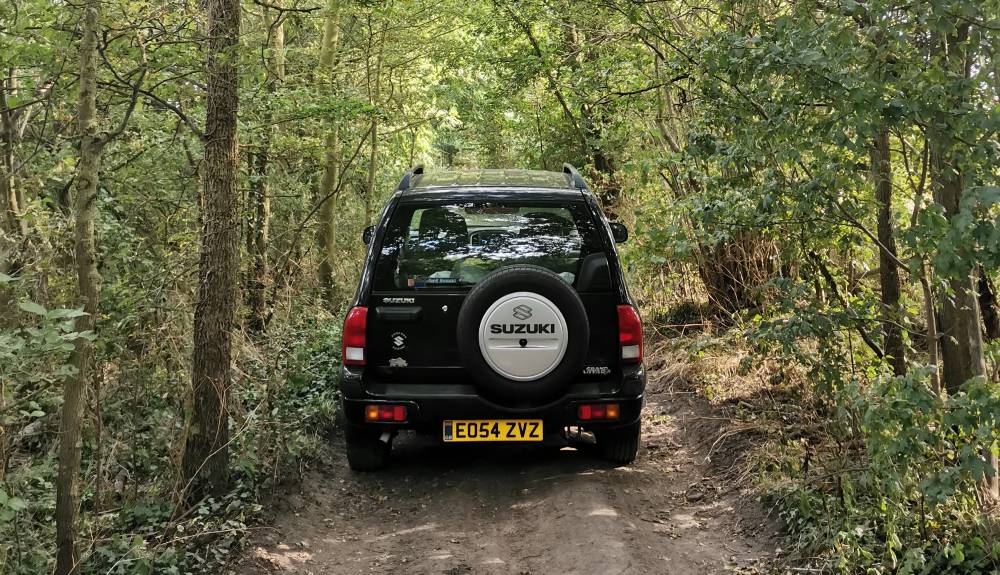 I come from a country in which rules are not what you’d call strict. Because of that, you drive wherever you want, however you want and whenever you want. That may sound like great fun, but it does come with its fair share of issues. For example, accidents.

Now you can imagine what you can do off-road if you can pretty much do whatever you want on-road. In Cyprus, even driving in your neighbour’s garden may be considered legal.

Why do I bring this up? Well, as a lover of adventure I couldn’t help myself from buying a 4×4 in the UK to do some exploring, and as you can imagine driving circumstances couldn’t be further apart.

Off-roading rules to follow, lanes to adhere to, and mud – a lot of it.

First, let me introduce you to the vehicle I have acquired. It’s a 1.6L Suzuki Grand Vitara and it’s as stock as it gets. To be honest, I was looking to buy a Discovery 1 but as soon as I saw the insurance prices, I decided I may be better off with a mountain bike. 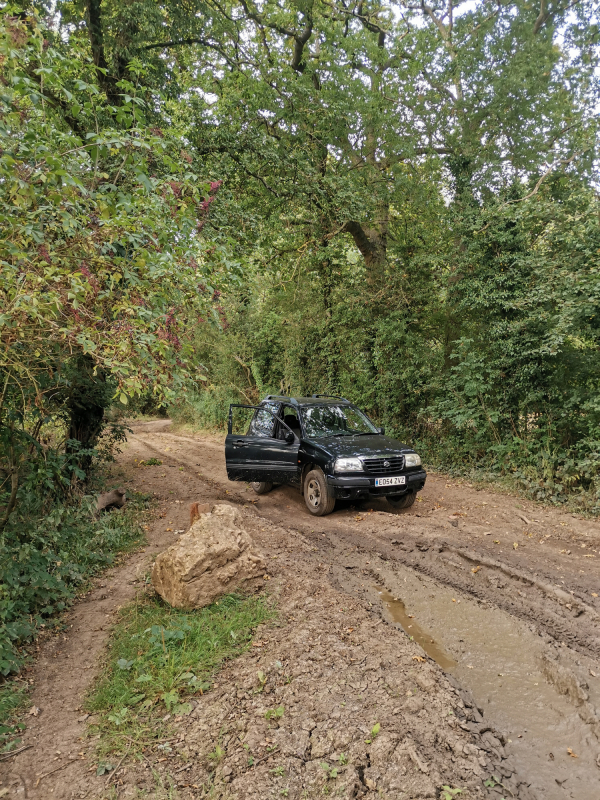 Anyhow, the following day, as most of us who can’t stay at home for more than half an hour would do, I headed out exploring. Obviously, I had done plenty of research beforehand to ensure I do not accidentally enter any private land and get my head shot by an angry farmer or an old lady.

So, with TrailWise 2, which is an online map with a database of all the legal Green Lanes in the UK as a reference map, and GAIA GPS for route plotting, I headed out on my first ever green laning adventure with off-roading rules in mind. 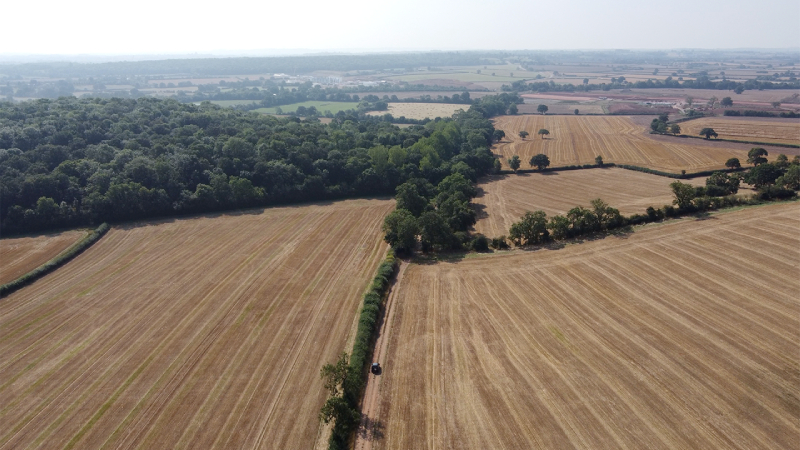 The plan was to stay around my local area – Coventry. As luck would have it, the first lane I got into had now become barely wide enough to walk through. No worries though, it’s all part of the fun.

I continued to the second one I had plotted, and it turned out to be a fun one. The route began with a tight squeeze through some trees before opening up onto an old bridge. The views of the untouched trees accompanied by the vast farmlands on either side made for a relaxing few minutes of taking it all in. The weather was nice too, I came from the 40-degree heat expecting to get frozen to death but no, it’s been warm sunshine so far.

Off-Roading Rules: Know When to Stop 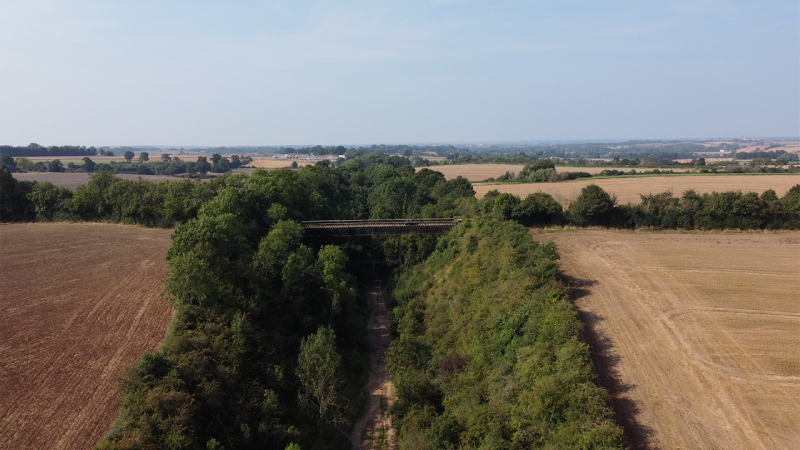 The lane continued with some fun mudholes and puddles along the way before it came to an end on a countryside B-road. GAIA GPS did say there was more if I headed straight; however, there were construction signs stating that the rest of it was only accessible by foot. Bummer, on to the next one then.

Get Input From Other Drivers 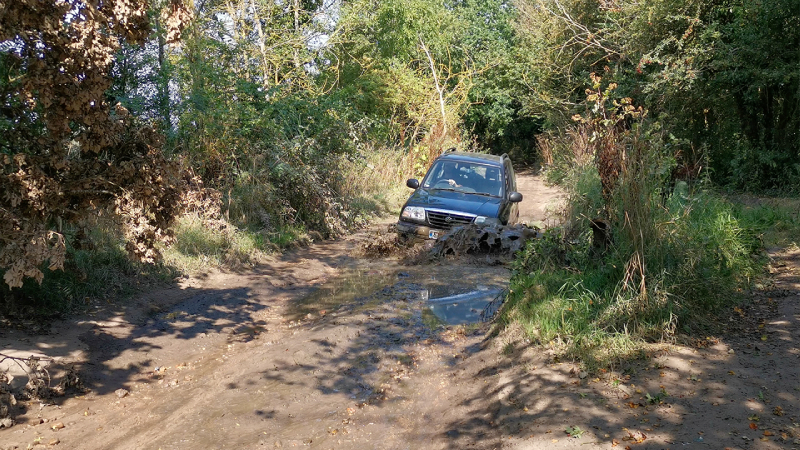 The good thing about Trailwise 2 is that people can comment beneath each lane; therefore, if you search for the ones that have been driven a lot you will be able to find some information about the lane in the comments below.

By doing my research – one of the most critical off-roading rules – I’ve found that the next one had a small creek crossing that shouldn’t be too deep during early September. Being from Cyprus, I may have only crossed a river 2 times during my time off-roading; so, I decided to head over there and have a look.

Upon entrance, the lane was slightly overgrown and a bit muddy – exactly what wakes up the 5-year-old in me. So, like a kid in a candy shop I headed forwards through some puddles and down to the creek. The base was firm, the depth sign completely out of water and the flow mild. There was nothing else but to go for it. As I knew it wasn’t going to be difficult, I eased into it with first gear low range engaged and emerged through the other side with no issues. This one will be fun when December comes around, but I fear a stock Vitara won’t cut it – on with the mods then. 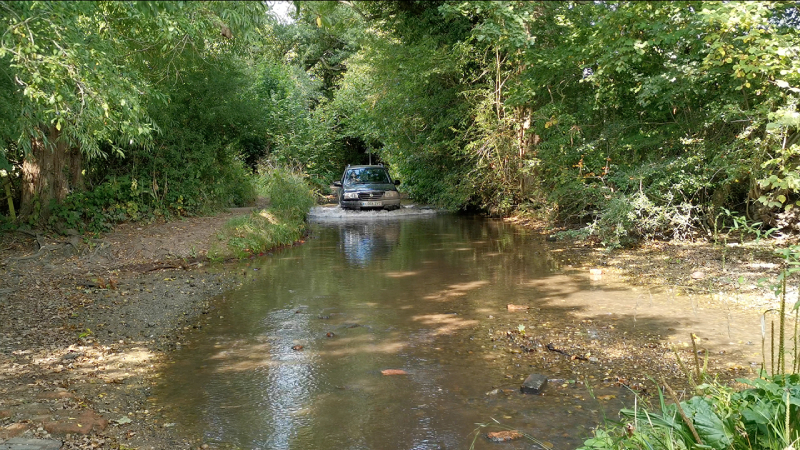 After a short drive on a dirt road, I was back out on the pavement, and just like that, my first green laning adventure was over.

So, the plucky Suzuki did great, and I had an amazing time. Green laning or off-roading is completely different to what it is back in Cyprus. The landscape is different, and the rules are different. One has to offer deep ruts, mud and lush forests and the other dry landscape, crystal clear beaches and huge mountains rising in the horizon. As far as off-roading rules go – obviously, there are more here in the UK. However, by researching the routes you will be driving and staying on them you can still have plenty of fun. 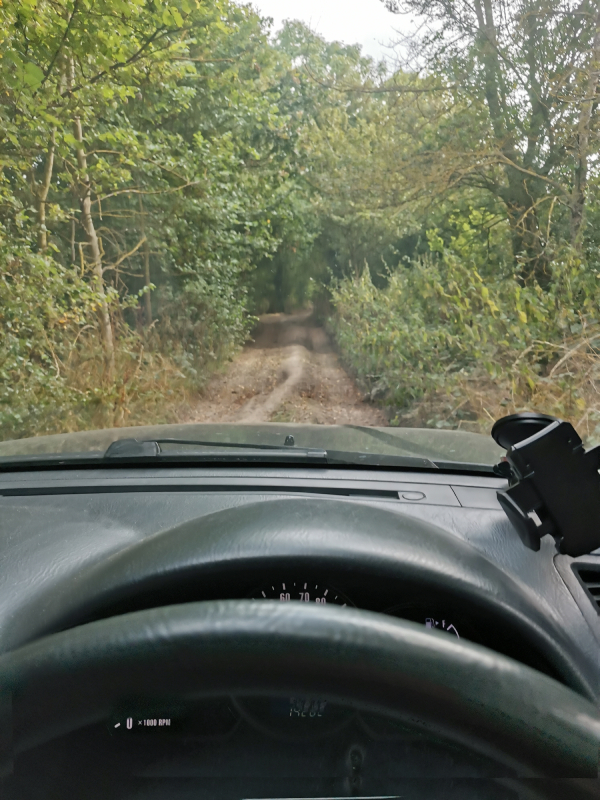 During the five years I’ve been living and studying in the UK I always wondered what green laning would be like. I imagined it to be fun because of all the rain and rivers available, and it certainly was. The best thing is that I didn’t even head out 30 minutes away from home. I’ll have to make some green laning friends and drive around this unique country I guess – and that’s not a bad thing.