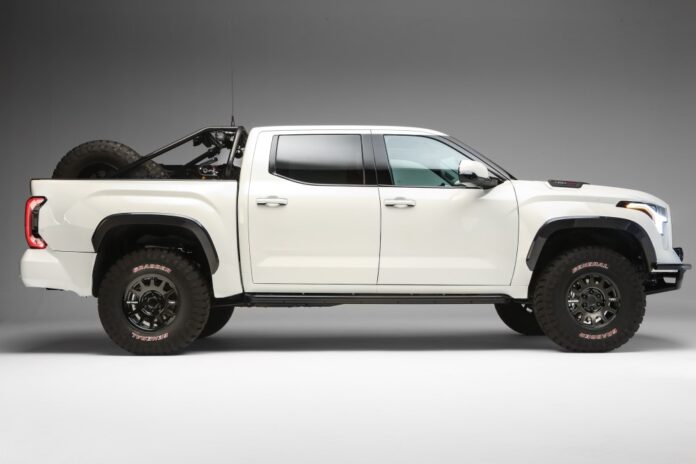 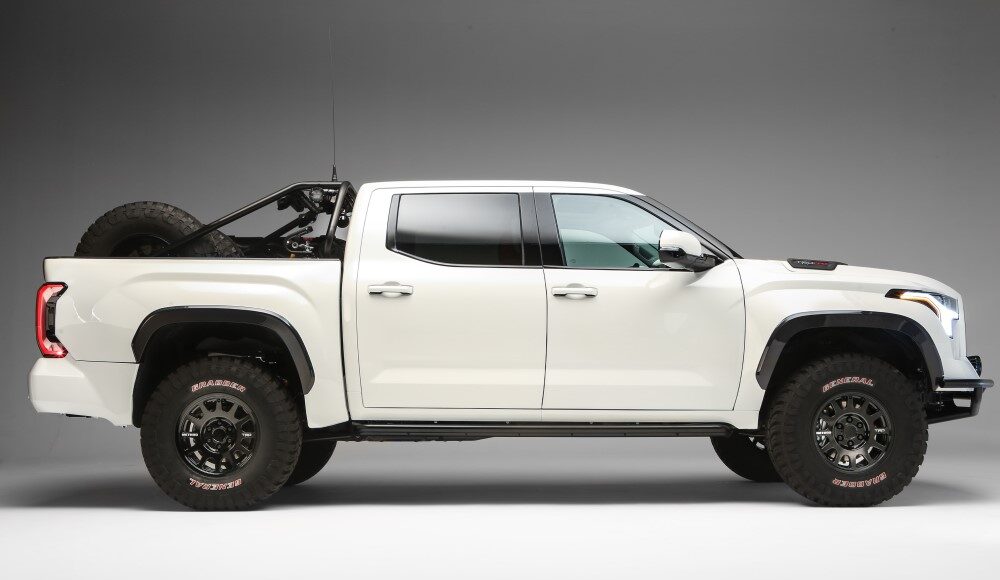 Between the most well-known truck manufacturers, Toyota has been the last one to join the full-sized desert racer game. After all, Toyota isn’t known for taking any risks with their trucks.

However, at last week’s 2021 SEMA show, we got a tease of what a desert racer Tundra would look like, and I must say it is pretty cool.

Could this suggest that a full-on desert racer is in the making? Well, we all hope so. 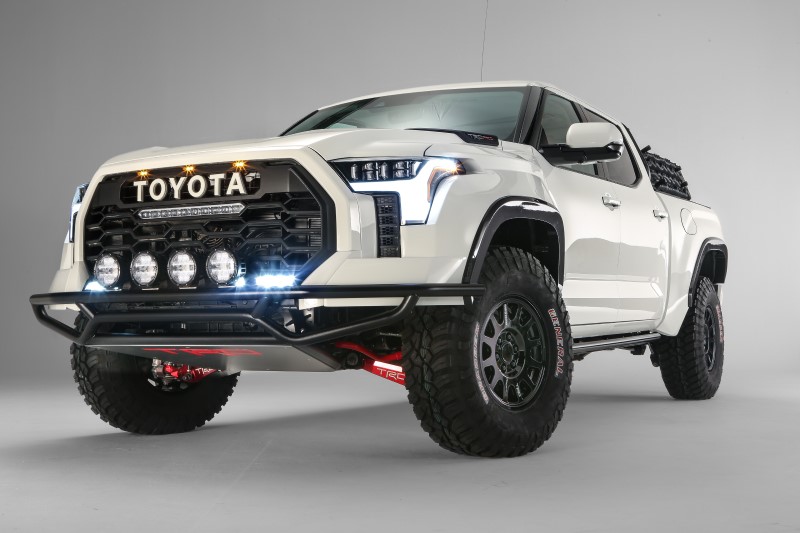 From a distance, this truck looks like a slightly modified TRD Pro Tundra. However, once you get close you realize that it is far more than that.

On the outside, you will find some big fender flares, rock sliders, a tube front bumper, a plethora of lights, MAXTRAX recovery boards, two spare tires, and a proper jack.

Also, it won’t take long to notice those huge 37-inch tires and some very cool-looking wheels.

From the outside, the Tundra Desert Chase certainly looks like an awesome machine ready to conquer the harshest of desert tracks, but the upgrades do not stop there.

Suspension and Underside of the Tundra Desert Chase 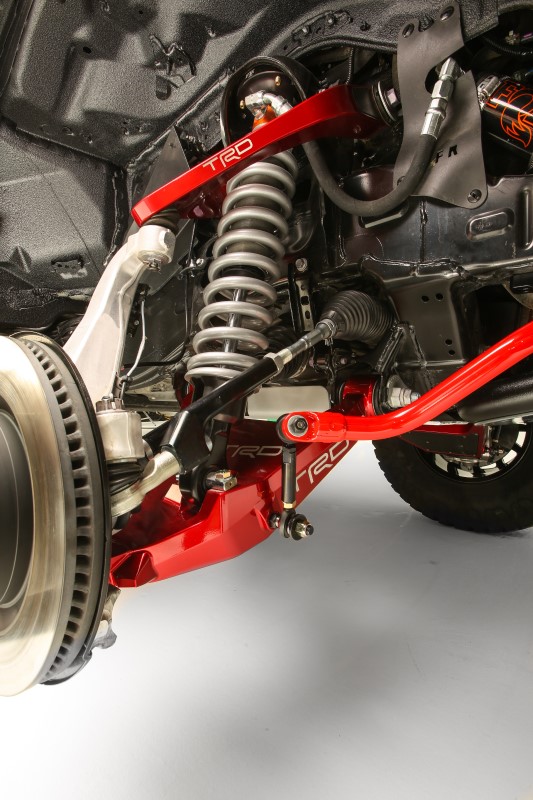 By having a quick glance at what is going on underneath you will notice the upgraded A-arms which look great painted red and stamped with the TRD logo.

In front of the A-arms, we can see that the tube bumper continues underneath the vehicle protecting the crucial engine parts such as the oil pan with a very beefy tubular and steel structure.

Hit a big hump a bit too fast and run out of clearance? This Tundra won’t care. 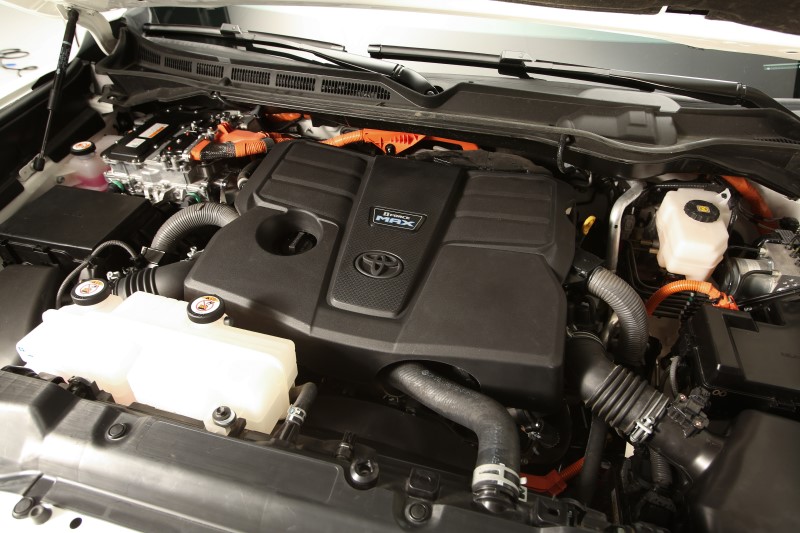 The engine and drivetrain in the Tundra Desert Chase remain the same as the ones in the normal TRD Pro. Therefore, the only choice is the hybrid system. It would be nice to see an actual V8 in this truck as the TRX and upcoming Raptor R will both have one. 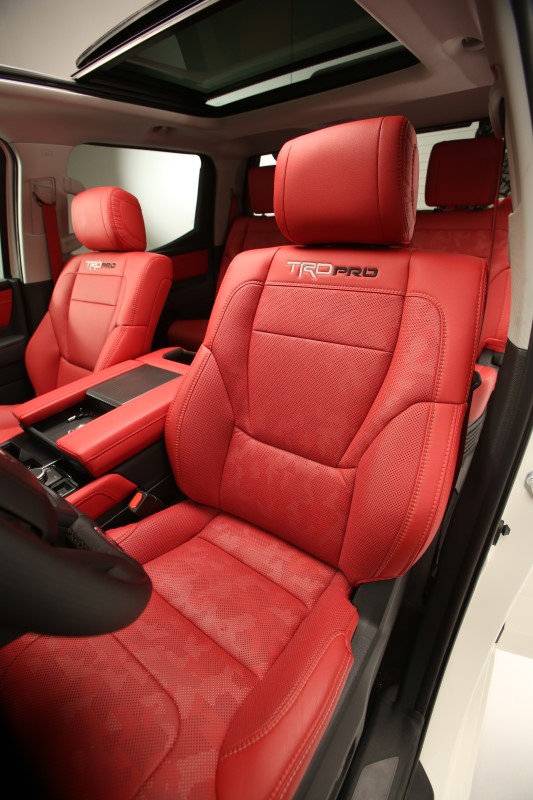 The interior also appears to be standard TRD pro, but we would imagine that if the truck makes it into production there will be some differences there too.

Will We Ever Get the Tundra Desert Chase? 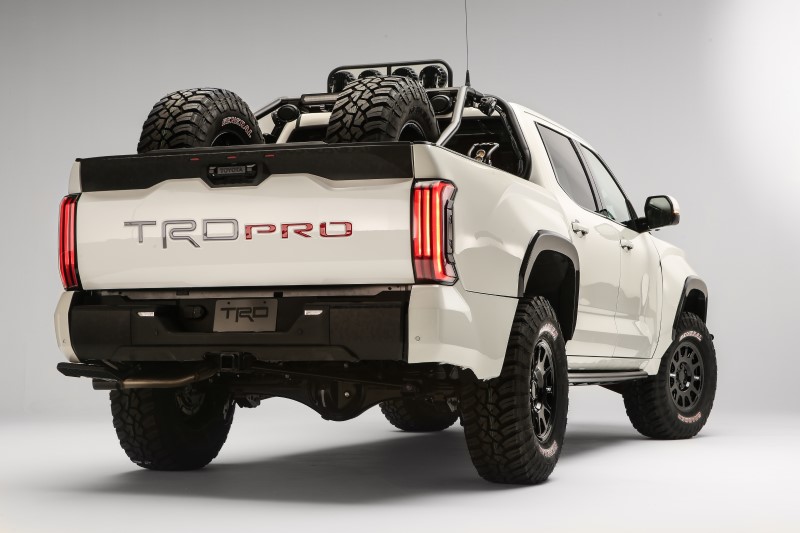 Toyota is a conservative brand, so my expectations are pretty low when it comes to the Tundra Desert Chase vehicles actually making it into production.

The US market seems to love these trucks though; therefore, they might conclude that it does make financial sense to produce this vehicle.

If it does make it into production do not expect it to be cheap. There is plenty of custom work done both in the suspension and body departments that costs a lot of money in R&D.

I would say that such a truck will have a price tag of more than $75,000, and that may even be conservative.

Anyhow, in a world full of sensible sedans and electric vehicles, a full-blown desert racer is a welcome change; therefore, let’s keep our fingers crossed that this bad boy comes to fruition!