The Ineos Grenadier is the New Defender 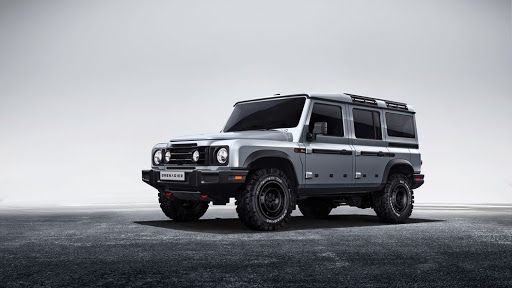 The Ineos Grenadier was leaked a while ago, but we now have much more information available.

The new truck is from Ineos, a chemical company that’s diving into the automotive space, and it seems like an appealing option for people like us who love simple body-on-frame solid-axle vehicles. So, let’s dive deeper to see what’s on offer. 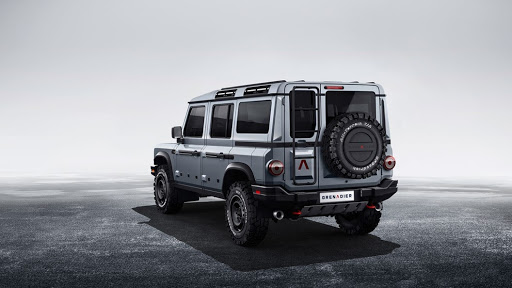 On the outside, the Grenadier looks unmistakably similar to the old Defender and that’s a good thing. You see, many of us were disappointed by the design and engineering of the new Defender; however, the Ineos is here to change that. 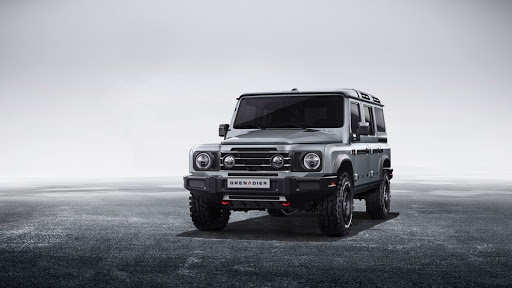 As mentioned above, this is a twin-locked, solid-axle, body-on-frame off-road monster. It finally looks like we have a vehicle that can rival the Wrangler Rubicon off-road!

Under the hood of the Grenadier lies BMW’s B57 straight-six diesel or the B58 straight-six gas engine. Engine choices will depend on the destination country and customer choice. 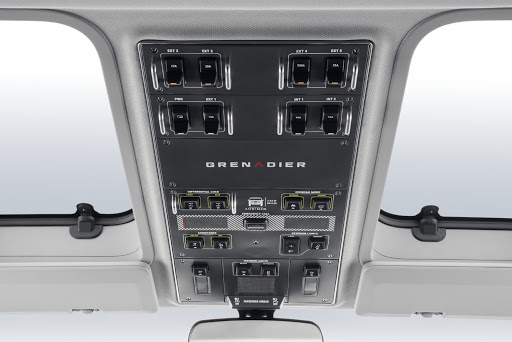 This is the first time we can have a look at the interior of the Grenadier, and it doesn’t disappoint.

Many switches are mounted at the coolest spot possible – on the roof liner and the rest of the dashboard has that upright utilitarian look. 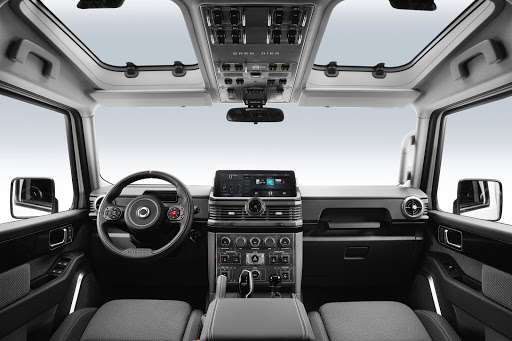 The dashboard panels have screws so they can be removed easily without breaking the plastic clips that hold the panels on. This is done specifically for the people who want to remove these panels to add auxiliary switches for lights and winches or ease of service if something were to go wrong in remote places. 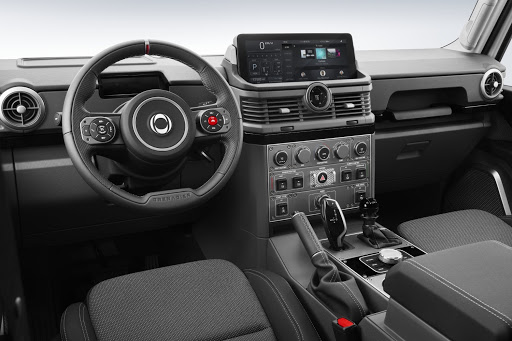 The touch screen in the middle offers Android and Apple CarPlay and an off-road navigation system called Pathfinder.

The touch screen can also be fully operated by buttons in front of the center console; therefore, if you get in with some big wet gloves you won’t have issues using the screen.

The base model has no carpets and a hose down floor with drain plugs – something that off-road vehicles haven’t had for years. So, if you get into a river that is a little deeper than it looked, do not worry, you can open the drain plugs and hose the floor clean.

Do not think that this is as uncomfortable as the old Defender though – the interior is roomier and the Recaro seats provide an ergonomic driving posture.

So, is the Ineos what the new Defender should have been? I believe it is as it offers utility, capability, simplicity in an old-school package that is still stylish and far more comfortable than what the original Defender used to be. So if you are in the market for this rare breed of vehicles, look no further!