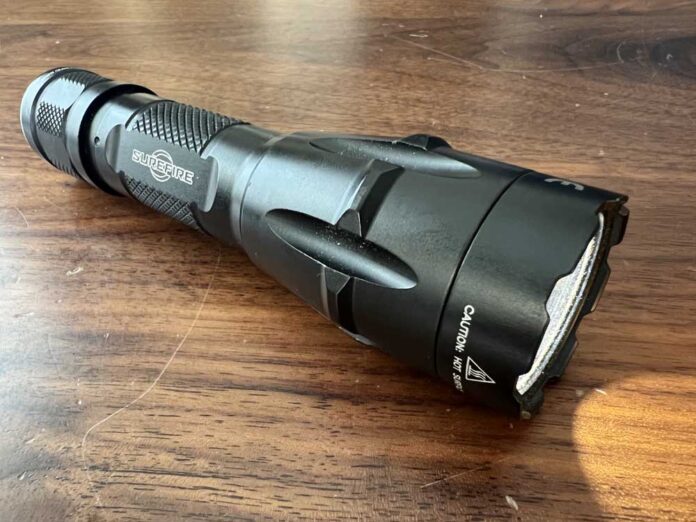 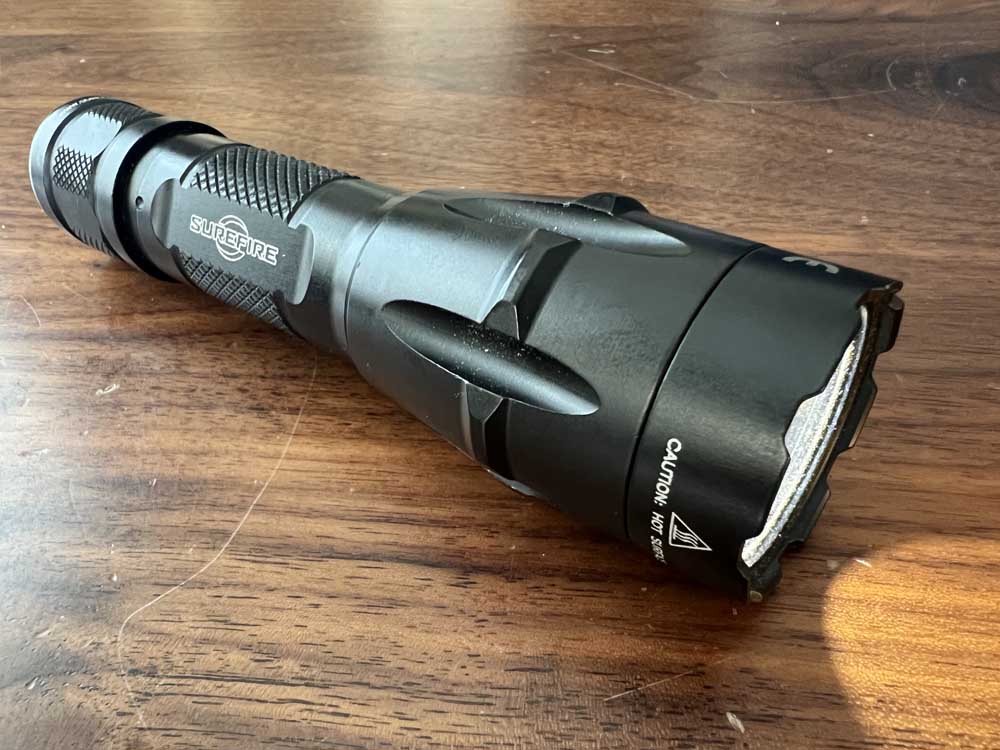 Last fall, I wanted a new flashlight to replace one that I’d lost. I decided to go with a SureFire Fury flashlight.

Is the SureFire Fury flashlight any good?

After about six months of use, I can tell you that the SureFire Fury Intellibeam flashlight was a very smart investment. This flashlight is small, well made, feels great in the hand, and puts out tons of light.

Let’s get into more specific details about why this flashlight should be on your radar as a great option for your overlanding or off-roading kit. 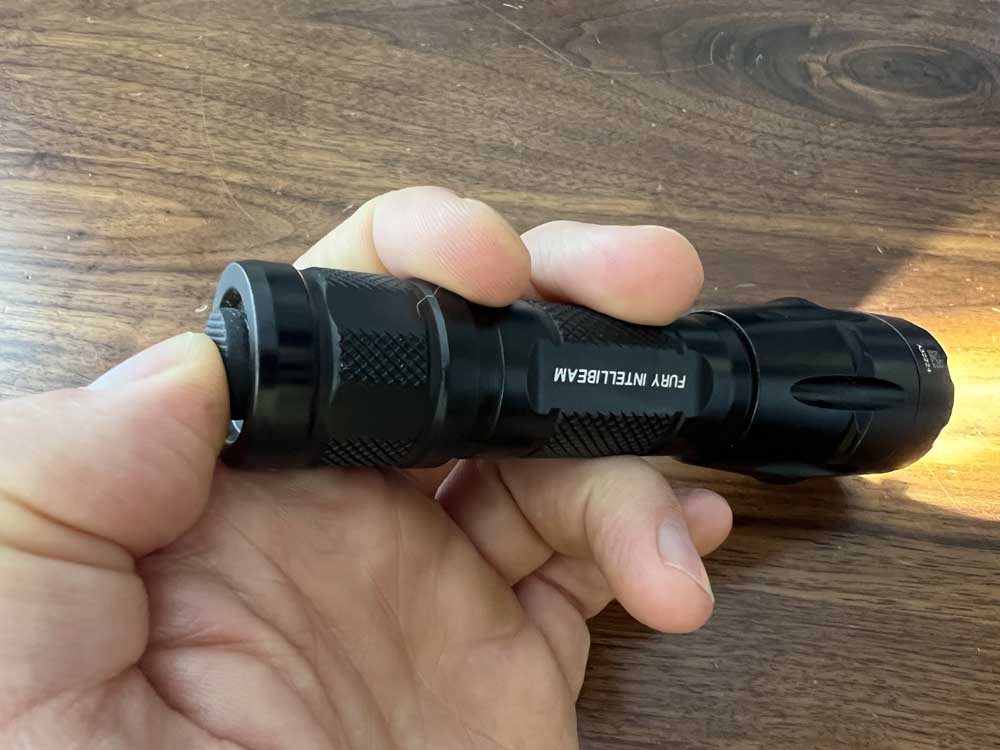 First things first – let’s do a quick rundown of what you get with this flashlight:

Some of the specs listed above are self-explanatory. For example, 1,500 lumens is a lot of light. Likewise, 40 hours is a great deal of time for using a flashlight.

Other specs need a little more explanation for you to get the full picture of what this flashlight offers. I do a deeper dive into some of these specs below. 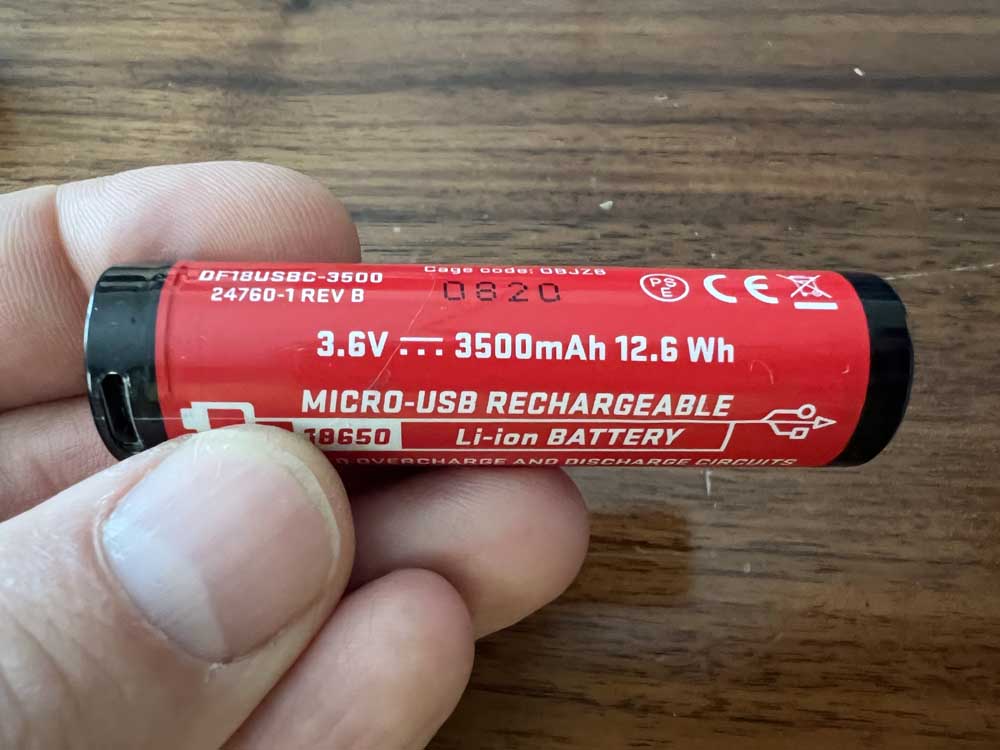 This flashlight can run on either one 18650 rechargeable lithium-ion battery or two 123A lithium batteries.

If you use two 123A lithium batteries, the SureFire Fury flashlight can put out up to 1,100 lumens. That’s still a lot of light! 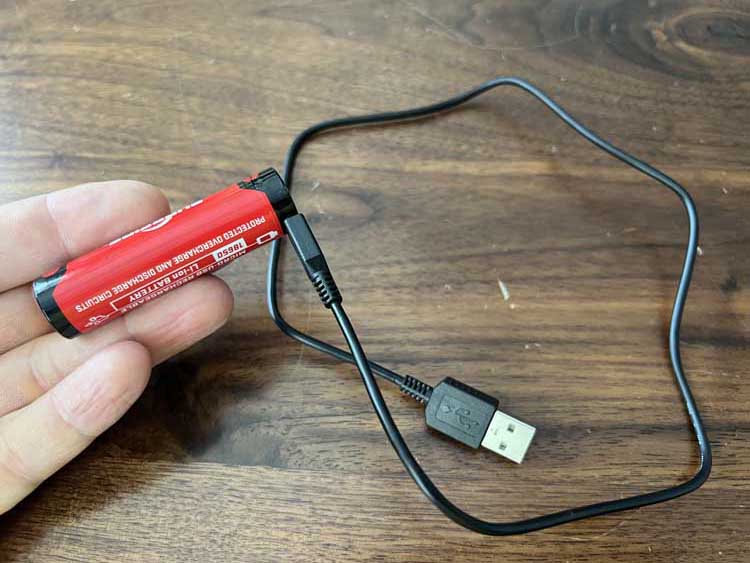 The rechargeable batteries have a port built into them, so you can plug the charging cable directly into the battery.

This is a very cool feature that negates the need to have a big, bulky charger. Additionally, since the flashlight only takes one rechargeable battery, you can have one in the flashlight and one charging to ensure you always have power. 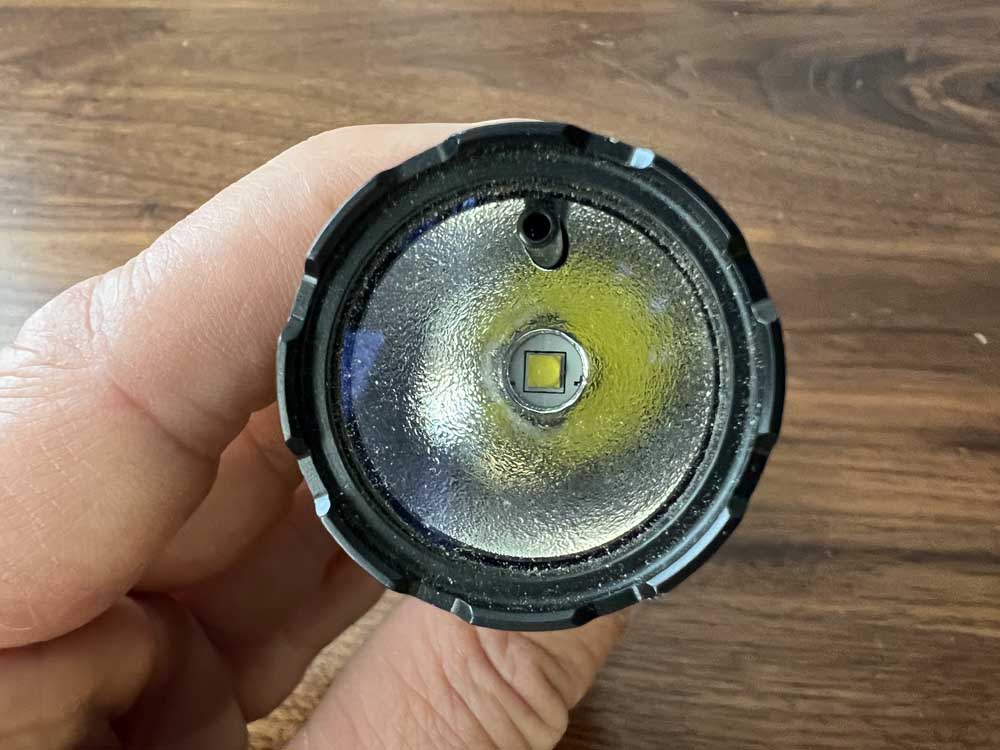 If you’ve never used a SureFire Intellibeam flashlight before, this technology is a game-changer.

Not only does the flashlight automatically adjust its light output based on the situation, but it also does this seamlessly.

This feature is possible because the flashlight has a sensor and a microprocessor that evaluate the ambient light in the area and adjust the lumens accordingly. It might sound gimmicky, but I assure you it’s not. It is such a fantastic feature that works very well. You can, however, override the intellibeam system and select the maximum light output if need be.

As you can see above, the SureFire Fury flashlight has a precision reflector that helps create a smooth beam of light.

With the rechargeable battery and this reflector, you get over 25,000 candela at 315 meters. In other words, if you’re way off-grid and you need to go out for a bathroom break in the middle of the night, this flashlight will turn camp into daytime!

As I noted earlier, this flashlight has an aluminum body. Technically, it’s made from aerospace aluminum, so it’s ultra-durable yet lightweight.

In fact, this flashlight has a Mil-spec hard-anodized finish that resists corrosion and abrasion. This means it’s the perfect addition to your overlanding or off-roading kit – it can take its lumps, get wet and dirty, and stand up to the rigors of use in all sorts of weather. 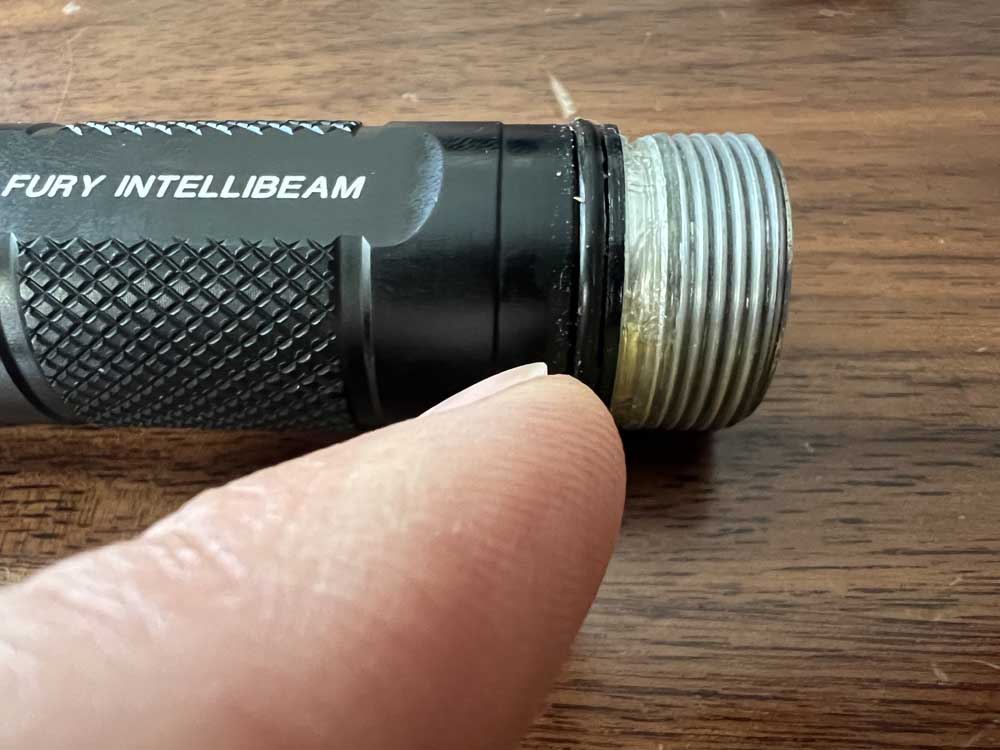 The body and the tailcap of the flashlight are both knurled, which gives you an excellent gripping surface. This is especially important when you’ve got cold hands or you’re wearing gloves, as it gives you a greater ability to firmly grip the flashlight. 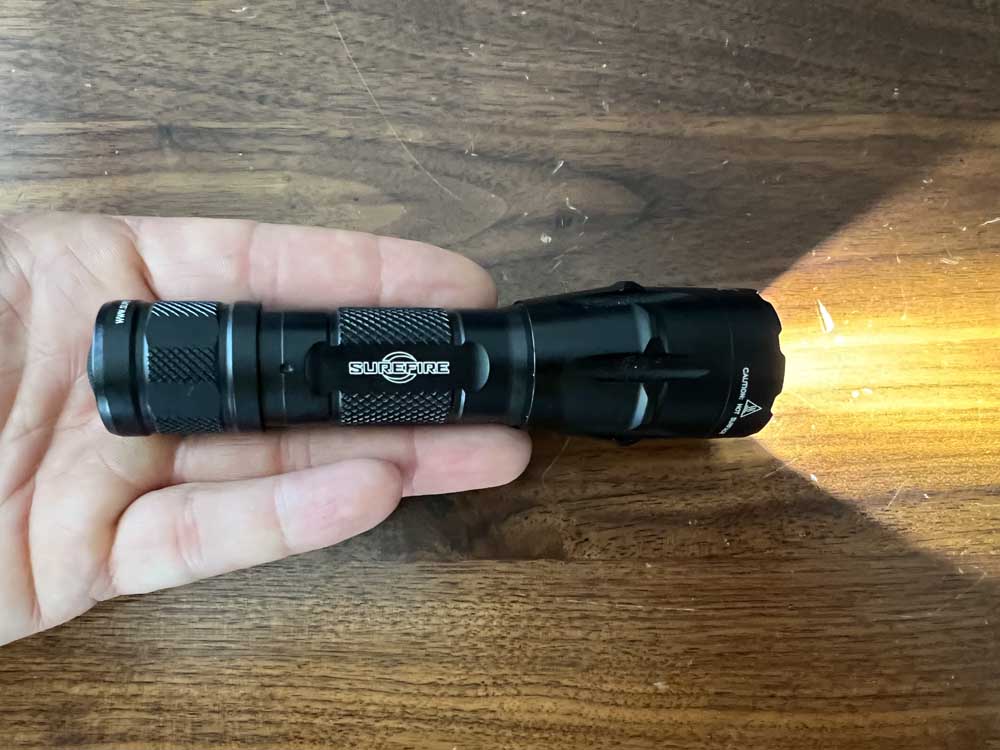 As I alluded to earlier, this flashlight has proven to be an excellent addition to my kit. I typically keep it in my Jeep, that way I have it with me when I need it on my overlanding adventures.

From an ease of use standpoint, this flashlight hits the nail on the head. There’s a single button on the bottom of the flashlight to turn it on or off. You also use the same button to override the Intellibeam function.

I love how this flashlight feels, too. It’s super lightweight, but it doesn’t feel flimsy. You can tell that thought and care went into its design and construction, particularly the knurling, which, as I mentioned earlier, makes this flashlight much easier to use in cold temperatures or when you’re wearing gloves. 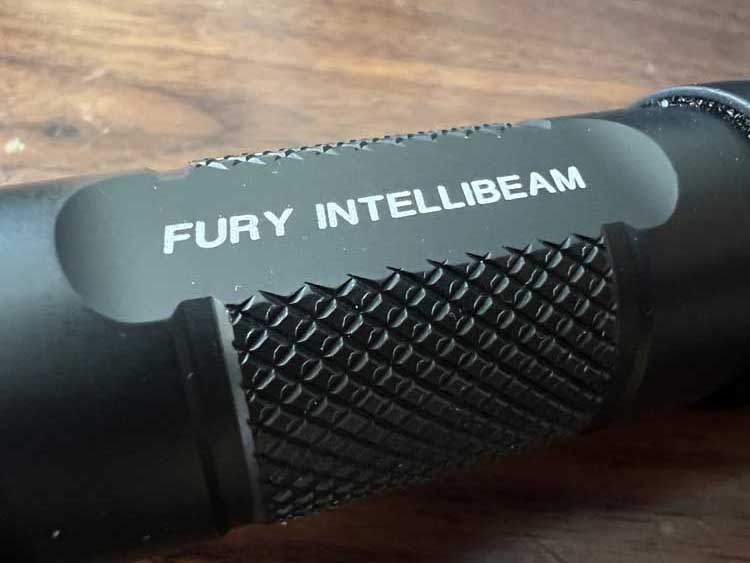 My favorite feature of this flashlight, though, is the Intellibeam function. You don’t have to mess around with adjusting the beam by turning the flashlight head. You don’t have to fuss with a switch or have to press a button to cycle through various light outputs, either.

Instead, Intellibeam does it for you – and does it very well. It’s a refined, smooth process that happens virtually instantly, so you aren’t waiting around for it to adjust its light output.

I’ll also mention again that the charging system is absolutely fantastic. I love being able to charge a single battery at a time without having to invest in a big, bulky charger. I also appreciate that the charging mechanism is built into each battery, that way I can charge one battery while having another in the flashlight ready to use.

Is the SureFire Fury Flashlight Worth the Price? 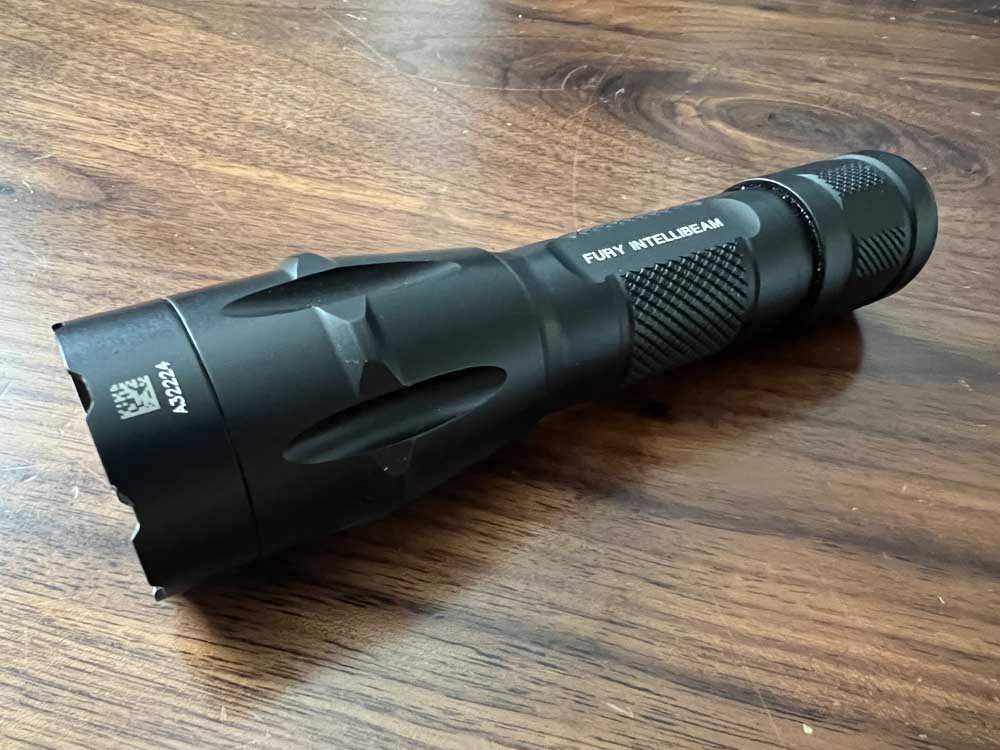 For my money, the SureFire Fury Intellibeam Flashlight is absolutely worth the price of admission. Yes, roughly $190.00 isn’t cheap, but you get what you pay for.

I know there are less expensive options – far less expensive, in fact – but SureFire has put together a flashlight that has the specs and features that warrant the price tag.

This has become my go-to flashlight in the field. I always have it with me, ready to use whether I’m in my truck, my rooftop tent, or around camp.

If you’re looking for a powerful, feature-rich, easy-to-use flashlight, the SureFire Fury Intellibeam flashlight is a fantastic option!

Other Overlanding Gear I Recommend