Five Off-Roading Tracks to Drive Before You Die 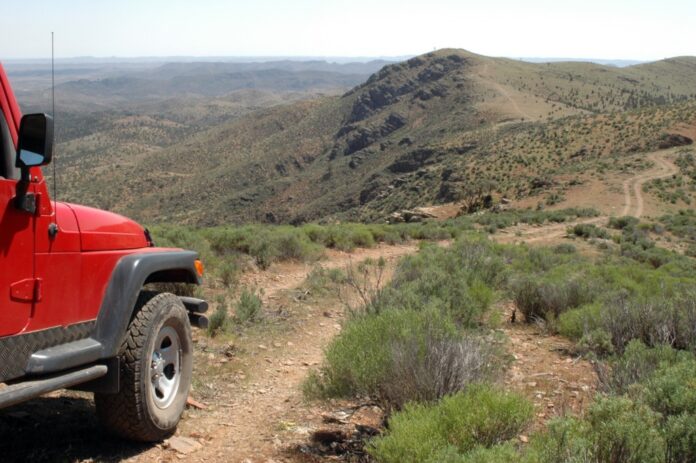 One of the best things about owning a 4WD vehicle is that you can drive to different parts of the world to experience unique trails and meet new people.

In fact, you can find epic off-roading tracks on every continent (save Antarctica, I suppose), many of which present once-in-a-lifetime opportunities to see incredible sights.

In this article, we’ll go over five stunning trails that you must drive before you die.

Off-Roading Tracks to Drive Before You Die – The Rubicon Trail

Photo by LandRoverV via iStock

This is a famous one and appeals mostly to those who love a challenge on some big rocks.

The Rubicon Trail is located near South Lake Tahoe, California. It is 16.4 miles long and depending on your vehicle and skill, may take a couple of days to finish.

Yes, that’s correct. A couple of days to drive 16 miles.

The going is slow as the trail is full of big rocks and obstacles. There is also plenty to see around due to the incredible beauty of the area.

The Rubicon trail is where Jeep takes the Rubicon Wranglers. These Wranglers get the Rubicon name as they can drive the trail in standard form.

Photo by mdegrood via iStock

Jeep reckons this trail gets a difficulty rating of 10. However, that is not true. There are far more difficult trails in the USA.

An experienced driver can tackle the Rubicon in a twin-locked vehicle with good clearance and 33-inch tires.

Someone who has a bit less experience may be better off in a similar vehicle, but on 35s.

The 35s will make it a bit more forgiving.

Capable vehicles and drivers tend to finish the Rubicon within a day. It is by no means an easy trail, but it isn’t the toughest in the USA, either.

Off-Roading Tracks to Drive Before You Die – The Bartang Valley 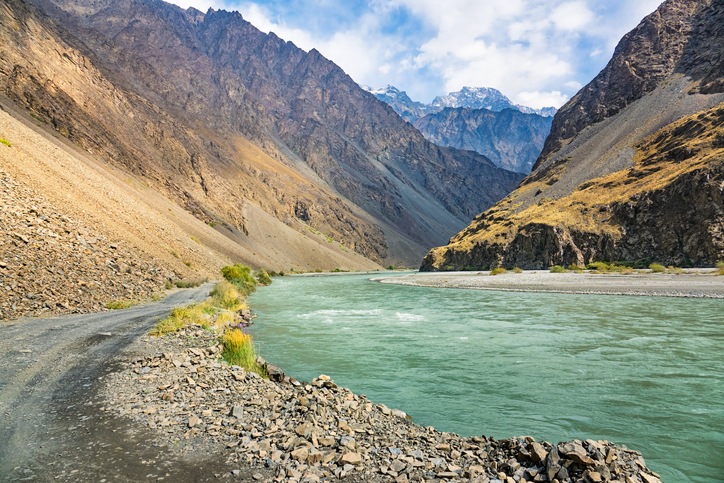 Photo by benedek via iStock

This one isn’t the best trail in the United States nor the best off-road trail in Europe. It is the remote Bartang Valley crossing in Tajikistan.

Not only is it located on the other side of the world, but it is also completely different from the Rubicon.

It is not a rock-crawling playground, but a remote crossing full of enormous mountain peaks, beautiful lakes, and a raging river.

The whole crossing is 258 miles of dirt and it takes you through some of the most remote parts of central Asia.

The trail crosses through altitudes of 13,000 feet and will take a good two or three days of driving to get through it. 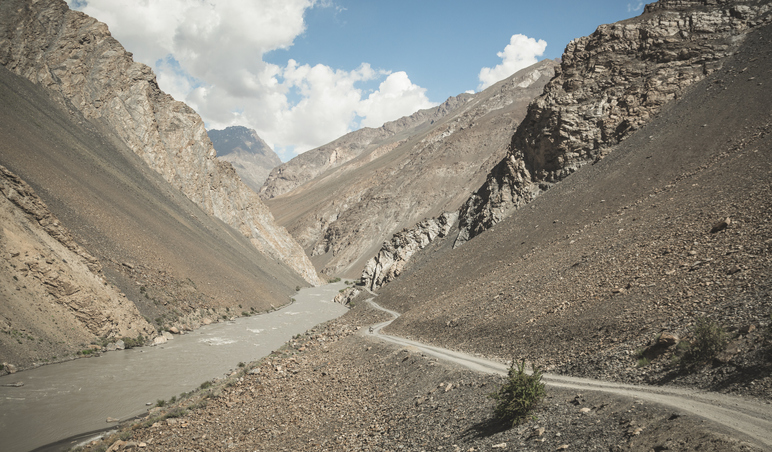 Photo by Skinfaxi via iStock

Depending on the time of year, it can be medium in difficulty or impassable. As you can imagine, weather at such altitudes can get pretty chaotic.

If you are planning on tackling the Bartang valley, make sure you bring plenty of extra food and supplies with you. It is a remote area, and if anything goes wrong, finding help will be difficult.

The Bartang valley is a proper full-on adventure. You can’t take this trail lightly as failing to prepare can be dangerous. However, the rewards are worth the risks!

Off-Roading Tracks to Drive Before You Die – Cape York Photo by samvaltenbergs via iStock

Cape York in Australia is high on the list of off-roading tracks you must drive before you die.

The Old Telegraph Track is famous for its river crossings and perhaps the most famous descent in the world – the Gunshot. This descent is optional; however, the internet is filled with videos of people attempting it.

If you are up for a challenge, it is a good section. If you would prefer to keep your truck in one piece, there are easier ways around it. Photo by samvaltenbergs via iStock

The Old Telegraph Track is only accessible during summer when water levels in the rivers are low. Even then, some crossings can get hood deep. Therefore, your vehicle will need to be prepared with a snorkel and breathers for the axles and transfer case.

The track is 217 miles long, and at the end, you get rewarded by standing at the Northernmost point of the Australian continent.

All difficult parts have bypasses, and other than the mods mentioned above, not much is needed to tackle Cape York.

Australia is known for its remote crossings, but this one isn’t one of them. It gets insane amounts of traffic during the summer months, so you definitely won’t be alone. Photo by robynmac via iStock

The Canning Stock Route in Australia is the definition of remote off-road travel. It has an insane length of 1,150 miles, and all of it is dirt.

As you can imagine, a route this long is incredibly remote. To tackle the canning stock route, you need to make sure your 4WD is in great shape – everything from the cooling system to suspension components.

The track only requires a minor lift kit and some good tires. There are dunes to cross, but nothing exceptionally difficult. The killer here is the rough roads over literally thousands of miles. An unprepared vehicle will be rattled to pieces on the Canning Stock Route.

Given the remoteness of the trail, you will need to take a lot of water, food, and fuel with you. This will make the truck heavy, which will put even more stress on its components.

This isn’t a trail to be taken lightly, and great amounts of preparation are required to tackle it. But, if you want to get away from civilization, enjoy some time alone, and have views of the night sky as shown above, this is a must-do trip! Photo by Craig Zerbe via iStock

The Black Bear Pass is a bit milder than the previous trails. It’s only 17 miles long, but the views are stunning.

It’s one of the highest mountain roads in Colorado and runs east-west from U.S. 550 to Telluride.

The track is fairly easy, but is considered dangerous due to the cliffs next to the road.

However, with a mildly modified 4WD and off-roading experience, this shouldn’t be a difficult trail to tackle.

The Black Bear pass is open only from the end of July to early fall due to the conditions at that altitude.

This may not be a technical or remote trail. However, due to its views and cliffs, it is one of the most famous in the United States.

Be Prepared No Matter What Off-Roading Tracks You Take 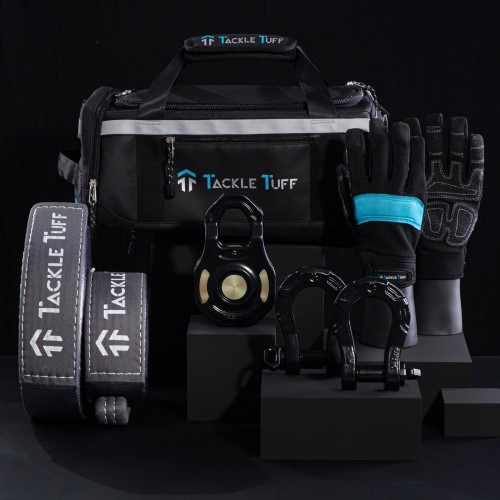 To tackle the trails mentioned above, you need to carry the correct recovery gear with you.

Buying an assembled kit such as the Tackle Tuff Recovery Kit ensures you keep everything in one place.

This is a high-quality kit that features everything you need… For winching you get a snatch block with a 60,000 lbs breaking strength, two shackles, and a recovery/tow strap. You also get a tree saver strap to protect trees when winching, Kevlar reinforced gloves, and a tactical carry bag that can be used as a line damper.

The good thing about such a kit is that everything comes in one bag; therefore, you won’t have to find a specific space to keep each item in your vehicle. Everything will be organized exactly where it needs to be.

Furthermore, this being a high-quality recovery kit, you can be sure that it will last a long time and won’t let you down, even in the most remote areas one can travel by vehicle. I’ve been stuck just once on the trail, and you can bet that my Tackle Tuff Recovery Kit was put to good use!

The kit is well-made, durable, and reasonably priced, too, so it really is a fantastic combination!

Off-Roading Tracks to Drive Before You Die – Final Thoughts Photo by bizoo_n via iStock

These are just a few trails every adventurer must drive during their exploration career.

There are many more, but for us, these five stand out.

Do you think there are others even better than the ones mentioned? Let us know in the forum section of the page!