What is the Best Jeep Model for Off Roading? 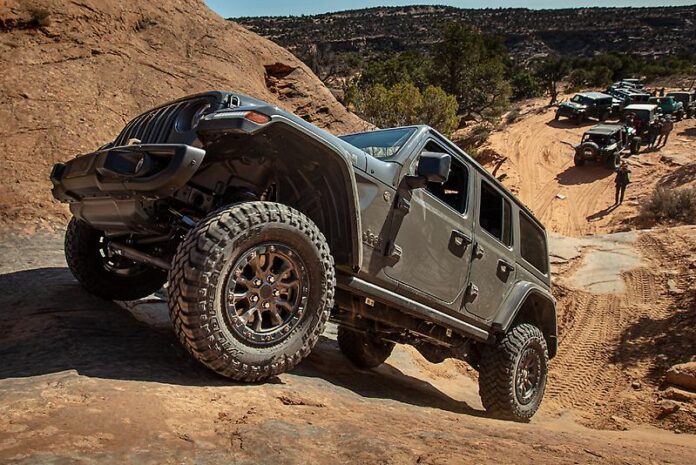 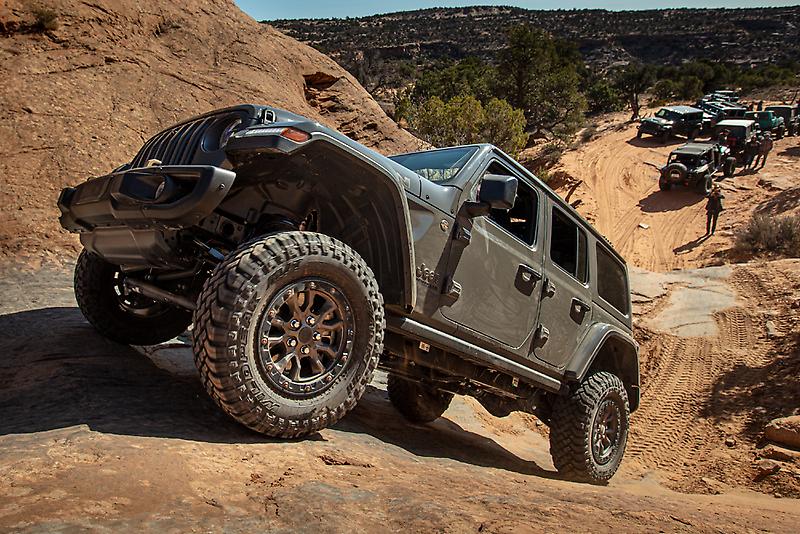 Jeeps are the most capable 4x4s on the market.

Like every lover of off roading, I used to be loyal to a certain brand and anything else other than what I supported, to me, was useless.

As the years passed, and I have grown to love all cars I can now attest that Jeep makes the most capable off roaders on the current market.

However, out of all options available, which is the best Jeep model for off roading?

Jeep is one of the Coolest Brands in the Current Market 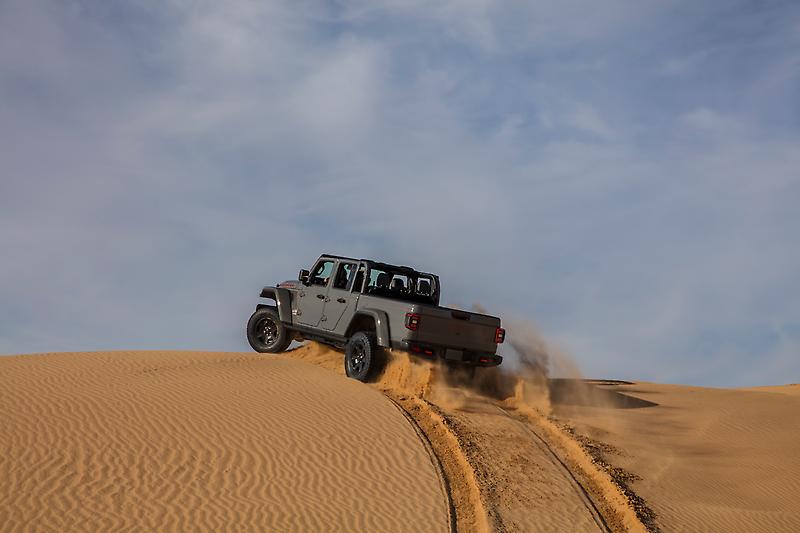 Yes, I know, this is a big statement. There is a lot of “bullying” around the Jeep brand nowadays and, to me, it doesn’t make much sense.

It doesn’t make sense because Jeep is the only 4×4 brand that has stayed true to its roots.

Toyota has been making some capable off-roaders, but they are nothing like the old solid axle Land Cruiser, Hilux, or 4Runner models. Other brands like Chevrolet, Nissan, and Ford have also taken the softer route – they all compromise off-road abilities for on road manners.

Jeep on the other hand has not sacrificed the Wrangler for the sake of luxury and comfort. They have kept the solid axles, great articulation, dual lockers, and the modularity and adaptability the car always had to offer.

Luxury and comfort have been left for other models, not the enthusiast off roader; therefore, the Wrangler is the only brand-new vehicle with the potential to become a hard-core rock crawler or weekend off road toy.

I am not saying it is the most reliable, nor the most comfortable – but frankly, I couldn’t care less.

With all the rumbling out of the way, let’s get to the best Jeep model for off roading list.

Best Jeep Model for Off Roading – The Grand Cherokee 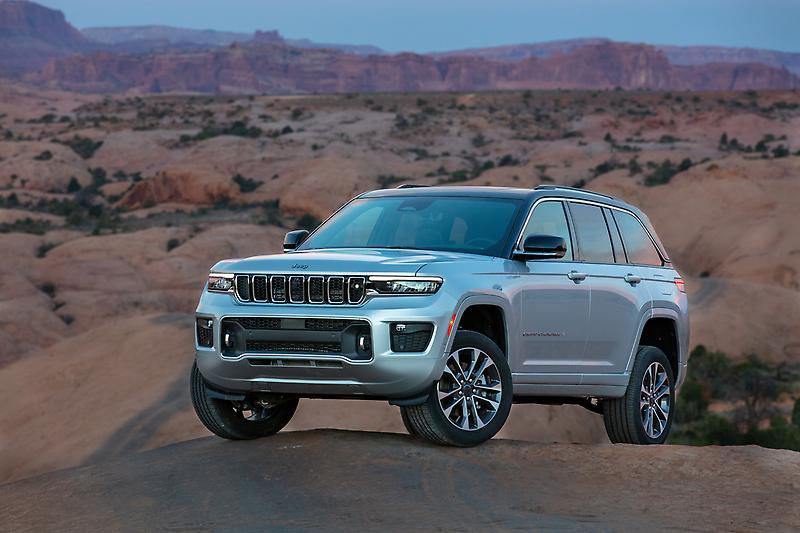 The Jeep Grand Cherokee may not be the first option that comes to mind when you ask the question of which is the best Jeep for off roading, but it does have some potential.

The Grand Cherokee is America’s answer to the Range Rover; therefore, it has many similar off-road features.

First, it sits on air suspension which provides the ability to raise or lower the vehicle’s ride height. At the highest setting, the Cherokee offers a very respectable 10.9 inches of ground clearance.

When it comes to traction, the Cherokee takes the new vehicle approach which is lifting wheels and maintaining traction through clever differentials and traction control systems. This makes for a tippy experience, but it does keep on plugging even with wheels 3ft in the air.

Like any proper off roader should, it offers a low-range transmission. In addition, you have the ability to choose from different terrain types which alters the behavior of the traction control system. This maximizes grip depending on the situation.

With a good set of tires, the Cherokee will do great on mild overland trips or off road trails. However, its complexity and design lead to the same issues mentioned in a previous article we published on the new Defender.

A few of them are big wheels with low profile tires, not much potential for modifications, and the complexity of the air suspension system which can lead to reliability issues.

Best Jeep Model for Off Roading – The Jeep Gladiator 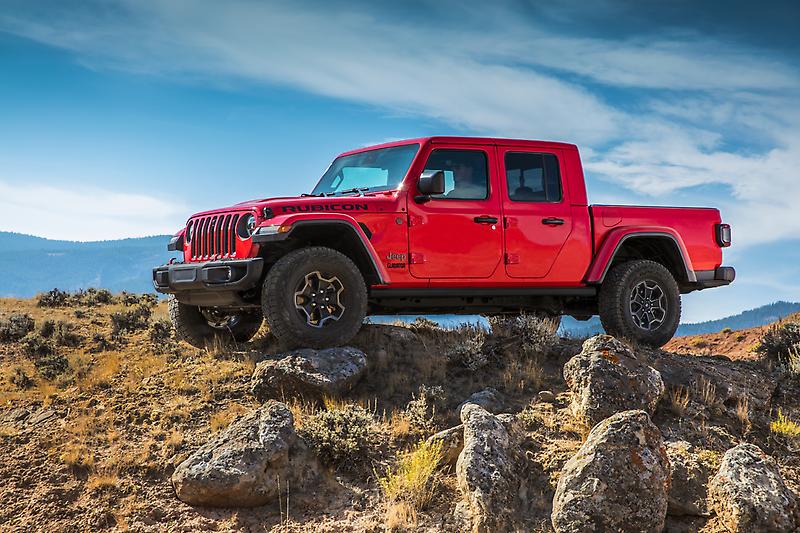 The Jeep Gladiator is basically a longer Wrangler with a bed. Therefore, it is no surprise it ranks second on the best Jeep Model for Off Roading list.

The body on frame construction, solid axles front and rear, and modular body make it an incredible platform to modify and take off road.

If you opt for the Rubicon models you get lockers front and rear, 33-inch off road tires, and disconnectable sway bars for increased suspension articulation.

The older the model gets, the more people we see pushing them to their limits off road and the more companies develop new aftermarket products that make them even more capable.

The reason the Gladiator ranks second and not first in the best Jeep model for off roading list is the longer wheelbase and rear overhang which can lead to clearance issues on difficult trails.

If you are planning on taking your Gladiator on the really tough trails it would be best to begin by adding a 4-inch lift and some 35 or 37-inch tall tires. This will give you the clearance needed to compensate for the longer wheelbase and rear overhang.

Keep in mind that the longer wheelbase isn’t always a drawback. On steep uphill climbs, it can provide more stability.

Best Jeep Model for Off Roading – The Jeep Wrangler 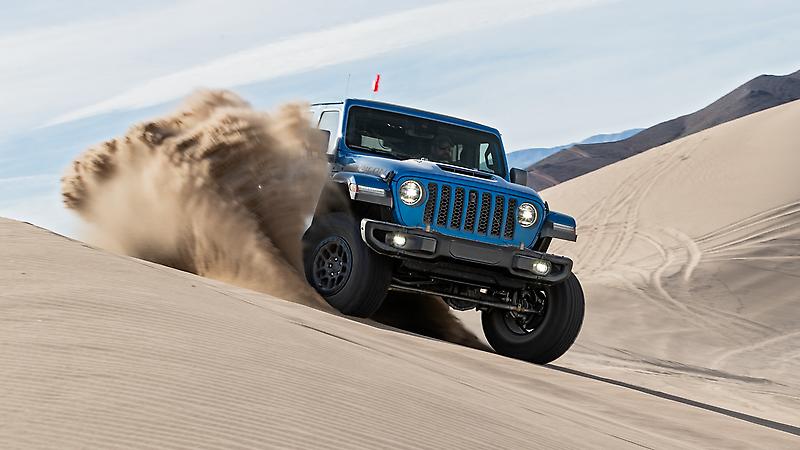 Obviously, the best Jeep model for off roading is the Wrangler. In fact, as mentioned at the beginning of this article I believe it is the best off roader on the current market in general. It is all based on facts.

Just like the Gladiator, it has solid axles, dual lockers, disconnectable sway bars, and endless aftermarket support. It can serve any purpose from a simple overland build to a full-on rock crawler.

The shorter wheelbase provides better break-over angles than the Gladiator, the rear overhang is short, and the great drivetrain makes sure you maintain grip over any terrain.

Regardless of what people say, the Jeep Wrangler has unmatched pedigree in the off roading and rock crawling scene. From the old school CJ models to the brand-new JL the recipe has been the same. Simple, and old school and as it has been proven countless times, in this instance, simple and old school wins. 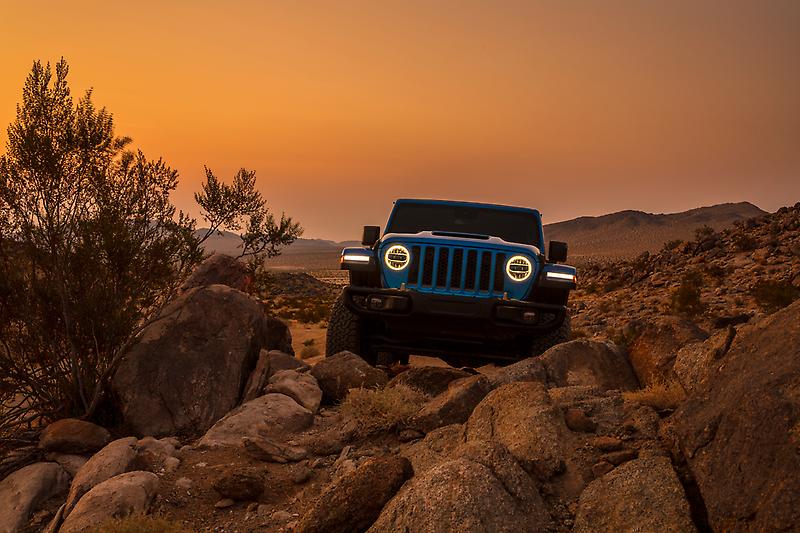 Each brand has its strong points. The king of reliability is Toyota, the king of comfort and style is Land Rover, but the king of pure off-road performance is Jeep.

All three Jeep models mentioned in this article are capable off roaders in their own way. The Cherokee will haul the family across the country while being able to visit some stunning locations at the other end of relatively difficult trails.

The Gladiator will be your daily work companion and weekend toy due to its exceptional off-road abilities, good payload, and decent amounts of storage space.

Finally, the Wrangler can serve the inner 5-year-old in you. With some big tires, and suspension modifications it will drive trails very fuel vehicles can and that is a big statement for a truck that can be purchased brand new today.