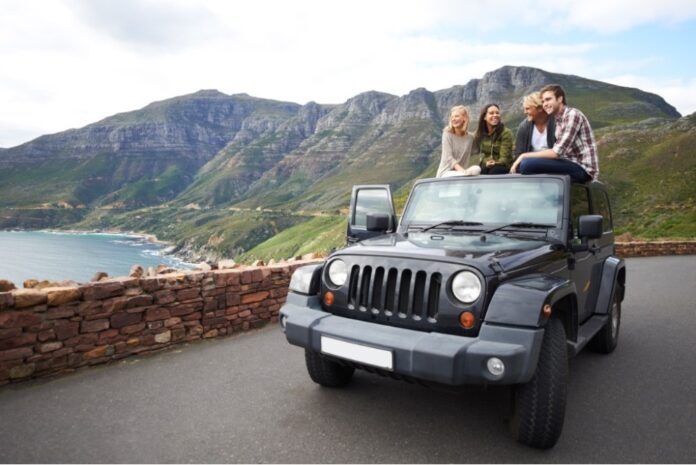 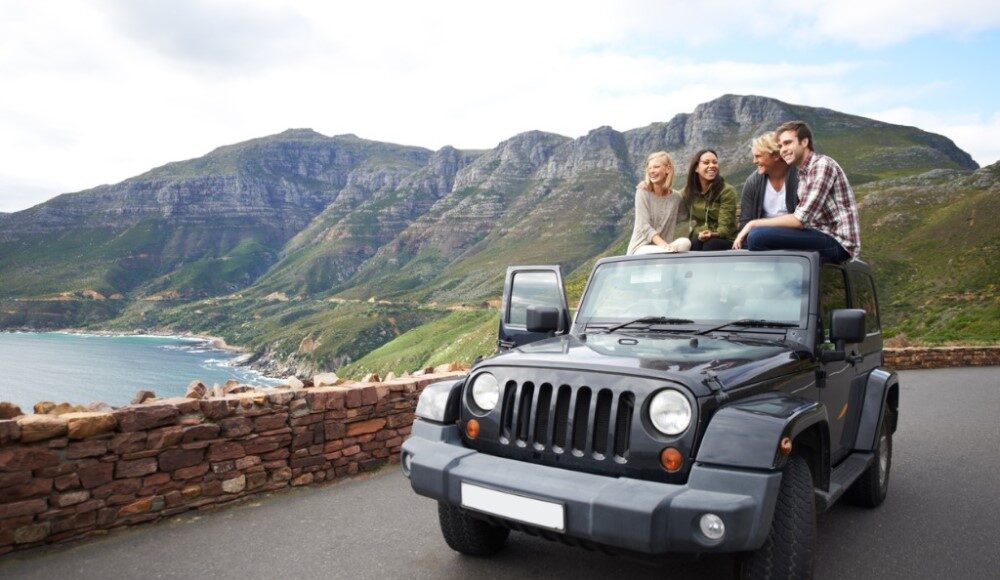 photo by PeopleImages via iStock

Do you like driving on unpaved roads in addition to paved roads? Then an all-terrain 4×4 vehicle should be your choice so that you can get through all the sand, mud and hills. Big tires, more ground clearance and good suspension; they are all part of an all-terrain vehicle, and they can all have that.

However, some models became legendary over the years they have been in service. They are great, but not all are suitable for driving on-road due to old age. Therefore, we wanted to list the legendary off-roaders with newer, more modern and contemporary versions. 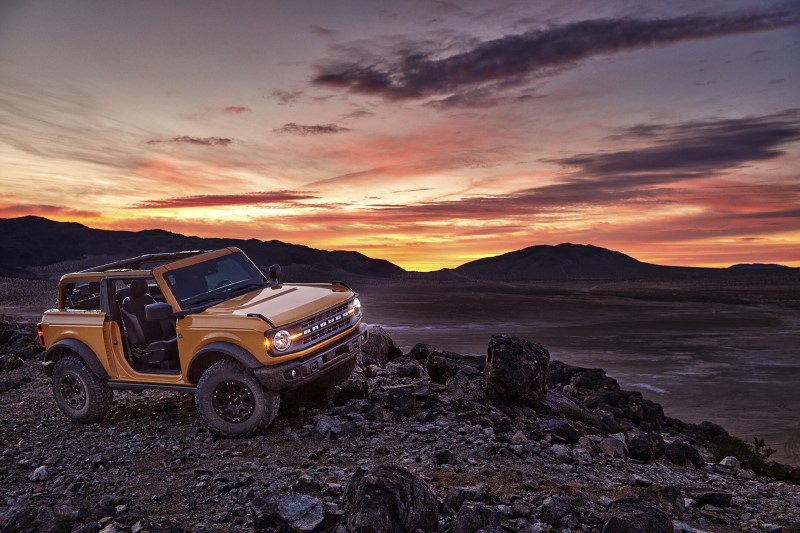 The rugged all-terrain vehicle from Ford made an LL Cool J-Esque comeback after years of absence. The Ford Bronco was a massive SUV with a rough and powerful character. It’s a genuine SUV, so it comes with a ladder chassis.

Ford has recently released a new model of this legendary off-roader for both the Ford Bronco and the Ford Bronco Sport. The ‘real’ Full-Fat Bronco is typically American but naturally appeals to the imagination. The sport version is expected to gain more traction on the European market. And there should even be a 2022 Ford Bronco Raptor coming next year.

The Bronco is still really a raw go-getter. In a world of crossovers that are less off-road than the average sedan, the Bronco is a breath of fresh air. It is still a car with which you can really do something in the terrain and have fun in it too. But it’s certainly not the only one you can get on this planet. We’ve listed many more options for you. 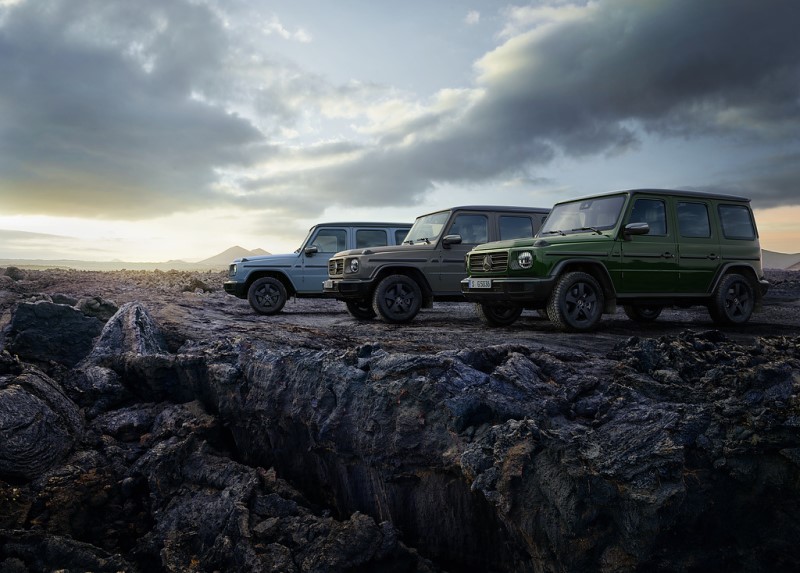 The disadvantage of the Mercedes-Benz G-Class is that it is no longer cool. It is now just a costly fashion accessory. A bit the automotive equivalent of a Rolex: expensive, complex and stunning technology, but also popular with the public who simply want ‘an expensive’ car with a luxury appearance. But luckily, you can still adjust the G-class to your liking at Mercedes afterwards.

Go for a G400d or a G500 if it really shouldn’t be diesel. Choose one in brown or Sahara beige. Small wheels with fat off-road tires. Zero options. It’s the last car you’ll have to buy. Another option to avoid fashionable G-Classes is to opt for the G-Class professional. This one even has a different internal factory code: W461. This number represents the real G-Class as it is intended. 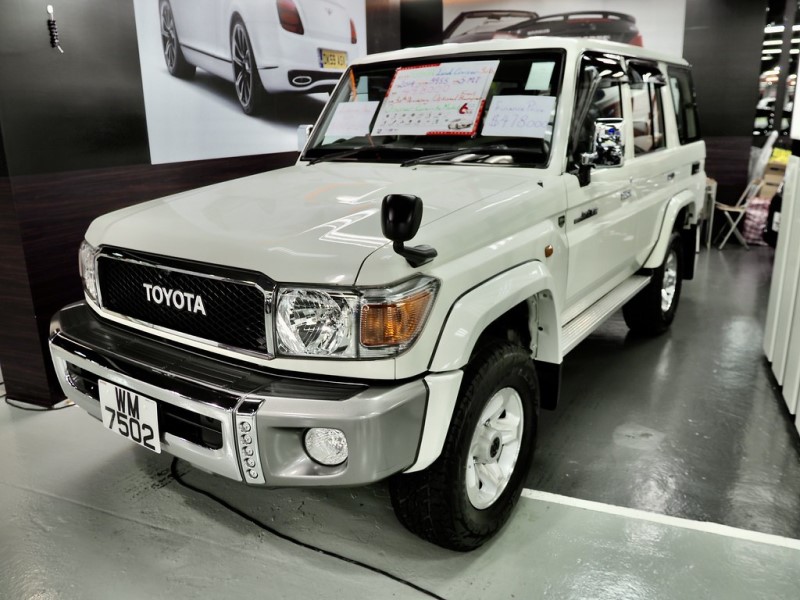 Even though Toyota initially copy-pasted the Land Cruiser, it now has its original appearance. The great thing is that Toyota is still building the Land Cruiser J70. The car replaced the old ’40’ series Land Cruiser in the early ’80s. Since then, several Land Cruisers have been added to the collection of legendary off-roaders. Many of them are still real workhorses, but not like the 70s. This Land Cruiser is the reason Toyota has such an excellent reputation when it comes to indestructibility.

The Land Cruiser 70 was built for one purpose: to transport passengers. Always and everywhere. The most astonishing engine is the 1VD-FTV, a 4.5 liter V8 with a single turbo that produces just over 200 hp.

However, it doesn’t have too much to offer in terms of luxury. The Land Cruiser 70 is available with air conditioning and radio, but for luxury, you will have to look at other Land Cruiser models. Russians and cars. It’s always been a bit of an odd combination. Communism must have been good for employment but not for the development of the automobile. Most Ladas were license-built cars, and in their case, it was Fiats. The idea behind the Niva was to make a car for the sparsely populated, rural areas.

The car performed great on poor road surfaces and off the beaten track. On the other hand, the little off-roader is never too expensive. Fiat technology was used in the making, but Lada designed the chassis and most of the suspension system. The Niva (later called Lada 4×4) became an icon. Finally, Russia had a car that matched the ranks of Vodka, the AK-47 and bosses in James Bond films. If there’s one other Japanese name that rings a bell in the off-road world, it’s the Pajero. It is still the most successful car on the Paris-Dakar Rally, making it among the most legendary off-roaders. However, the Pajero is unjustly in the shadow of the Toyota Land Cruiser in public opinion.

Concept wise, it doesn’t have much difference: a robust ladder chassis, indestructible engines and the typical Japanese no-nonsense look.

Strangely enough, Mitsubishi hardly does anything with the Pajero these days. Mitsubishi currently has three crossovers on offer (ASX, Outlander and Eclipse Cross), but none of them has a link to the Pajero.

As a result, the Pajero is no longer available for most markets. The car has been removed from the delivery program even on the home market. However, it is built in countries where people are still dependent on their vehicles, such as New Zealand and South Africa.

Of course, the Ford Bronco was built with only one car in mind: the Jeep Wrangler. This legendary off-roader is available and loved worldwide, with quite the global cult following. That’s because Jeep doesn’t modify the Wrangler too much other than some creature comfort.

You can get the Wrangler with a short or long wheelbase. The latter is the most popular worldwide, and it has two extra doors. If you look at the newer versions of the Wrangler, you can see which way the Ford Bronco is heading. 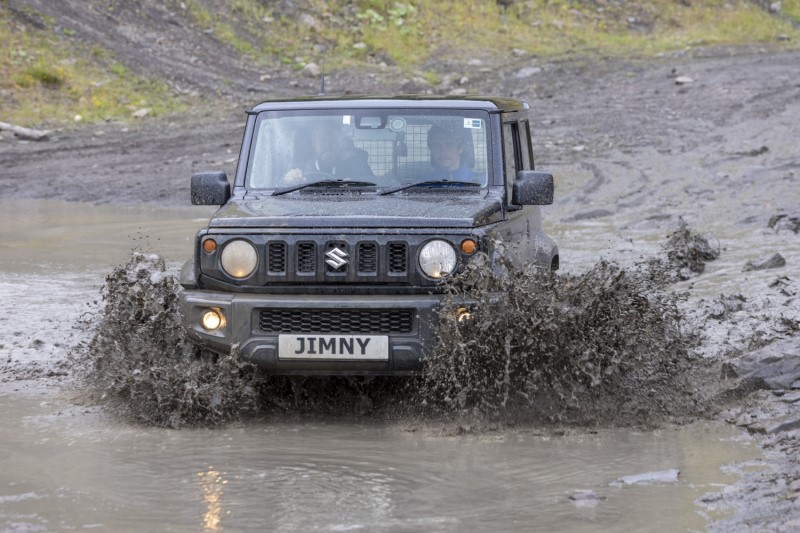 It looks small, but its personality is excellent. The Suzuki Jimny is another car that has evolved through time but in the right way. The gritty character of this little legendary off-roader has remained intact.

The Jimny is primarily an all-terrain vehicle. And has a very long bloodline that goes back to the 1970s, so it’s had about 50 years to join the ranks of legendary off-roaders. The idea behind the Jimny (later also called SJ and Samurai) was the lowest possible weight and maximum terrain capability.

The Jimny, therefore, has switchable four-wheel drive and low gearing. Most SUVs today don’t even have four-wheel drive, let alone a transfer case. It has a wide variety of accessories available for customization. And the new model looks like the Mercedes G-glass’s little brother. 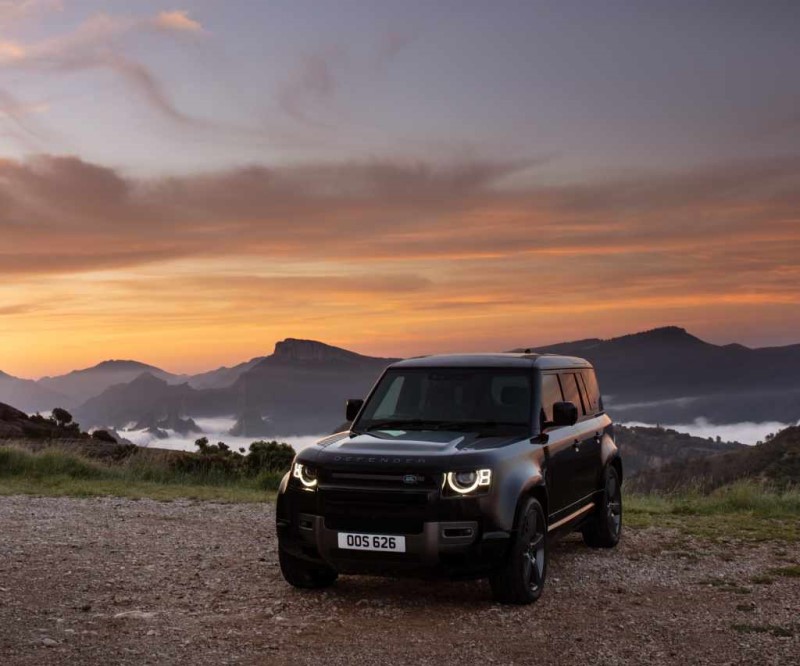 This one is a bit tricky. Because let’s face it: the Defender has gone soft. The most significant difference is that the Defender no longer has a ladder chassis. In reality, this only has advantages unless you regularly dive into the terrain. Land Rover has been proving since the Freelander that they can make a car with a self-supporting body very off-road capable.

Also, the base for the old Defender was simply too old. Unlike most designs, the Defender’s foundation was built in the 1940s, not the 1970s or 1980s. That’s a big difference, although the previous Defender is more of a legendary off-roader than its successor. With the new Defender, the specifications are of great importance. A green short Defender with white steel rims still looks excellent. 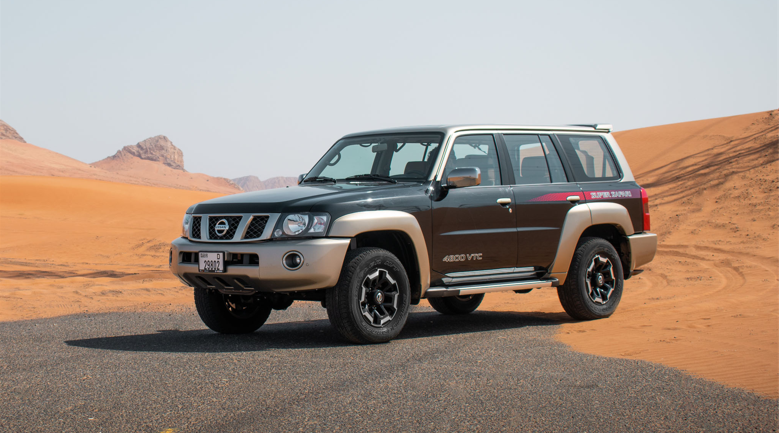 There have been times when the Nissan Patrol was a frequent guest on any road. In the meantime, it has grown into quite the legendary off-roader. The first Patrol started as a Land Cruiser alternative, just like the Pajero, but slowly grew into a more luxurious vehicle.

In 2010, the Patrol Y61 was removed from production and replaced by the much larger and more luxurious ‘Y62’, which still came with a ladder chassis. Nevertheless, the Patrol is still a trendy car, especially in the Emirates. There is even a Nismo variant and an Infiniti version. 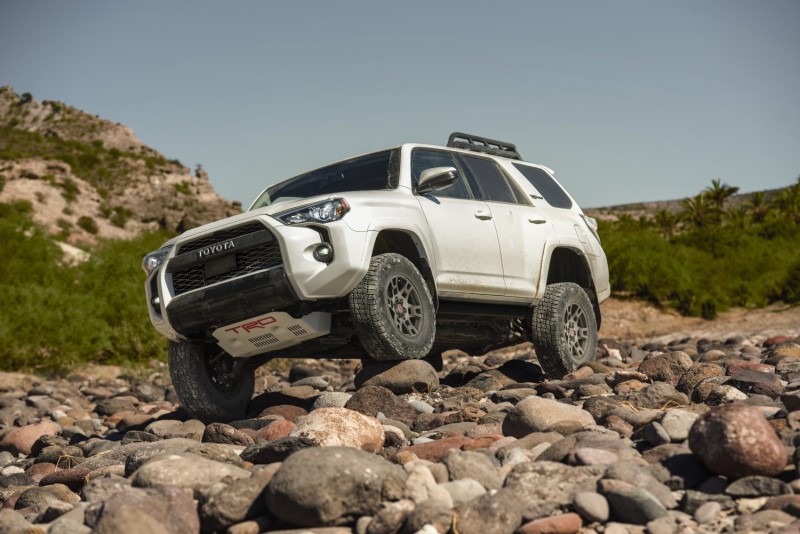 It was inevitable that we would end up with another Toyota on this list. Simply because Toyota makes exactly what people are looking for in this market. The 4Runner is still an authentic SUV as it was once intended—a competent and robust off-roader. The beauty of the 4Runner is the unique designs and accessory guides.

Off-road tires, freewheel hubs, winches and rubber floor mats sound a bit more heroic than 22 “rims, panoramic roof, large navigation system or adaptive cruise control. There is even an extra fierce Toyota 4Runner TRD. Another awe-inspiring achievement is that Toyota has done so without applying the Land Cruiser link or retro design. It’s one of the last “real” cars in a world of hollow electronic pretension.

The Importance of a Solar Panel Bypass Diode

The Importance of a Solar Panel Bypass Diode