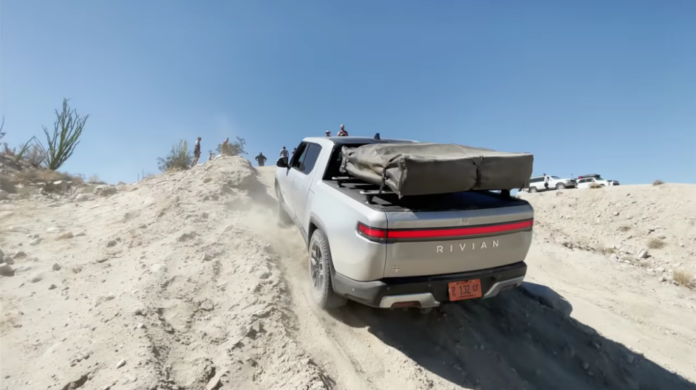 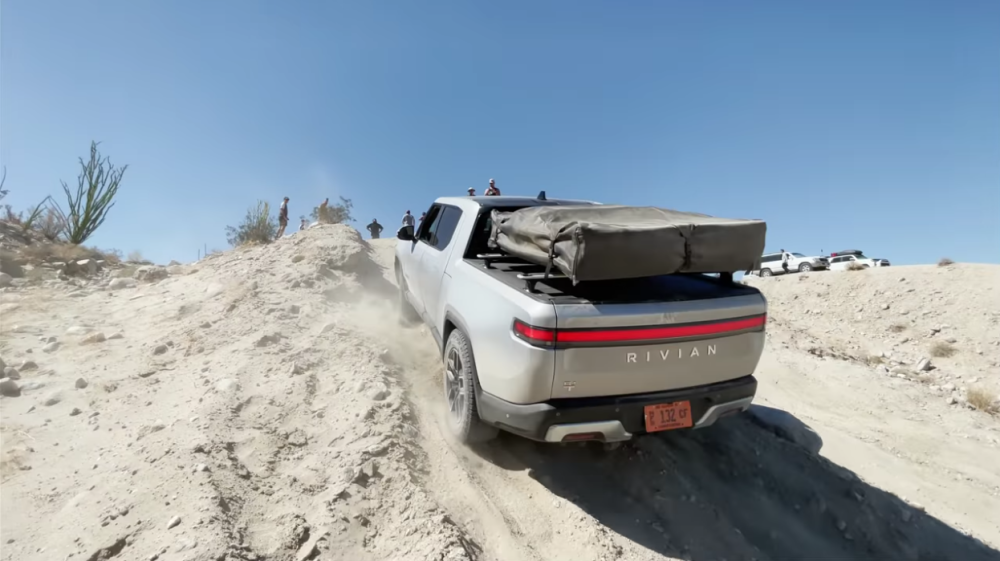 When you think about classic off-roaders, the Toyota Land Cruiser immediately comes to mind.

While I prefer the FJ60 over all of the rest, the 100 series was a supremely capable (and much better equipped) off-roader.

But when you think of the future of off-roading, you might think of the Rivian R1T, which is itself highly equipped and has garnered all sorts of attention for being a game-changing truck.

So, it makes sense, then, that someone decided to do a Land Cruiser vs Rivian R1T matchup at the Diablo Drop Off in California to see which one could drive up the steep incline.

In the video above by JonDZ Adventuring, you can see this head-to-head matchup unfold…

The Land Cruiser 100 takes its turn first, followed by the Rivian. I won’t let the cat out of the bag, but I will tell you that only one of the two makes it up the Diablo Drop Off.

Perhaps a bigger question than if the Rivian can make it up the Diablo Drop Off is if electric vehicles are even well-suited for off-roading in the first place.

The capability of navigating tough trails isn’t much of a concern, but where to charge them and the range they have are, at least at this point, big question marks. After all, if your EV only has a range of 300 miles, it will limit how far you can go from home to satisfy your off-roading adventures.

Obviously we’re still in the early stages of EV development, and I have no doubt that in a few years charging capabilities will be greatly expanded, as will the range of EVs like the Rivian R1T. But instead of worrying about what they can’t do now, just revel in what they can do at the moment. Is climbing the Diablo Drop Off one of them? Watch the complete Land Cruiser vs Rivian R1T video above to find out!