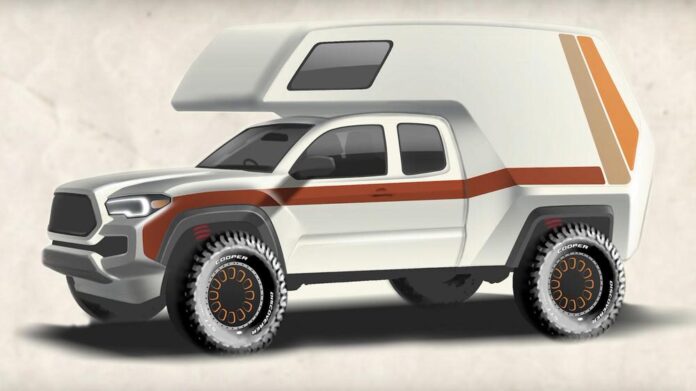 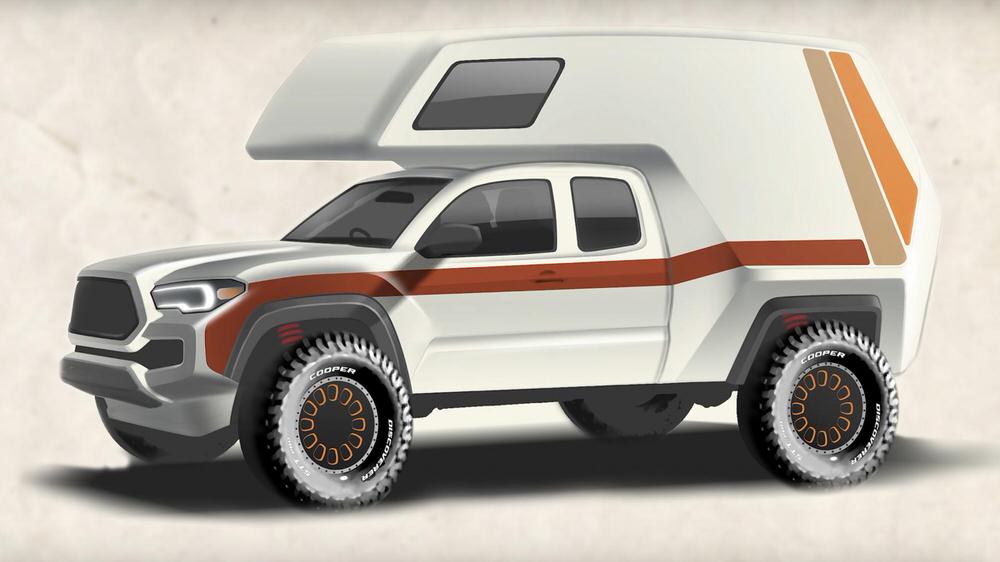 Toyota is creating an interesting show vehicle for the upcoming SEMA show.

Based on the Tacoma, the Toyota Tacozilla is a badass retro camper van that pays homage to the Toyota Chinook campers of days gone by.

Renderings of modern-day camper van show the same orange, red, and white color scheme from the original Chinook. For what it’s worth, its’ the same color scheme as Toyota racecars too.

What is the Toyota Tacozilla?

The Toyota Tacozilla will have a TRD Sport Tacoma underneath that’s outfitted with a manual transmission. Up top is a camper with rounded edges for a sleeker look and an interior compartment that’s sure to be…interesting.

The interior will be small – it’s a camper on top of a compact truck, after all – but plans call for a sleeping area above the truck cab, a kitchen and dining area, and a toilet. With minimal overhangs, the Toyota Tacozilla will be off-road worthy too.

There’s not many hard details about what the Toyota Tacozilla might have in terms of other features, but fortunately Toyota is documenting their journey with this rig on YouTube. You can catch the first two episodes above.

With SEMA coming up fast (it’s November 2-5, 2021 in Las Vegas), the Toyota Tacozilla will be complete soon.

I, for one, hope this bad boy goes into production. I mean, how cool is this thing?!