The Tesla Model X That Eats Dirt for Breakfast 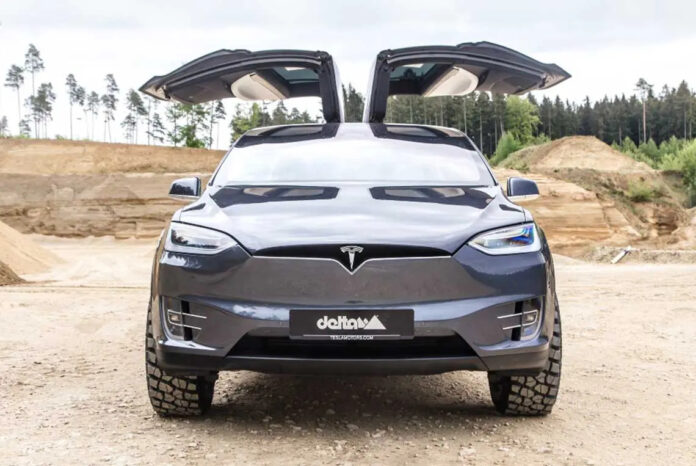 “Offroad” and “Tesla” are probably two words you never expected to use in the same sentence, or at least not with a straight face. This electric vehicle has a next-to-zero reputation for going off-grid and would definitely not pop up as a suggestion when you are looking for a new 4×4 to take off-road or onto the American trails.

But what if we told you that it has been done and executed quite nicely in its own way by the Southern German company Delta 4×4? We are talking about the Tesla Model X with Delta 4×4 kit.

Delta 4×4 is a Southern German company founded by Josef Loder and two friends in a small garage. They are one of the first companies on the market to dedicate themselves to off-road equipment fully.

The project picked up speed after completing their first Paris-Dakar race in 1980 and later competing again in 1985 and 1990. The company is still dedicated exclusively to 4×4 and recently celebrated its 40th anniversary. 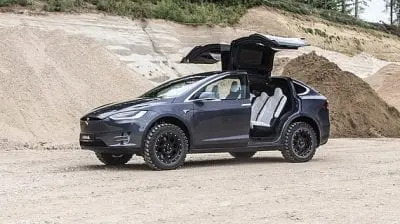 A Model X for the off-the-beaten-track terrain is typically such an idea that you may not immediately think of yourself, but that suddenly seems so logical when someone else does it.

After all, this Tesla is already a kind of semi-SUV, especially since it has four-wheel drive as the standard. In addition, the electric motors provide instant torque, ideal for dominating difficult terrain. Unfortunately, the car is a bit lower on its wheels than the average full-size SUV of the premium brands, and the wheels tend to be terrified of curbs to begin with.

Delta 4×4 solves this minor wheel problem with some epic off-road rims and tires. They are also working on a lift kit to put the electric wonder a little higher on its legs. The rims cost only $650 each, but you will be paying around $4,400, including the special tires. That sounds like a bargain, right?

According to the company, the lift kit is precisely “in the pipeline – if there is demand for it.” Unfortunately, so far, the model S seems to be the only vehicle from Tesla that has a bullbar/push bar as an option that is not made by graphic designers and online artists as the Model S is gaining some minor traction as a police vehicle worldwide.

Except for the offroad tires and rims, the Tesla Model X Delta 4×4 is entirely standard. So no Tesla Model X Dakar just yet. However, the company is planning to build new highly modified models in the future if they can find a market for them.

With the massive torque and big tires, this car has a little less range than the standard Model X. So; you can’t wander off too far into the backcountry unless you plan to pack some serious solar power as well. Because if you don’t, topping off your 100 kWh battery pack will be impossible. 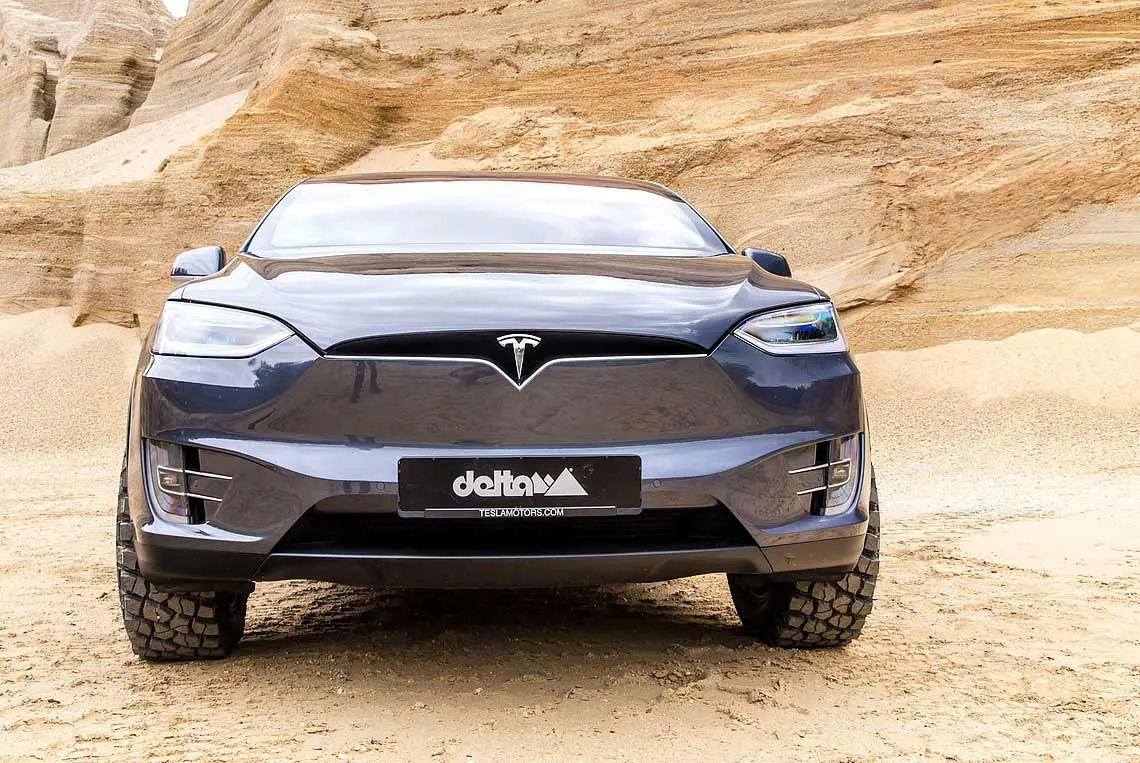 The specifications of the Tesla Model X differ depending on the version. However, they all come standard with four-wheel drive, utilizing an electric motor on the front axle and one on the rear.

Initially, the 60D was the entry-level model; after a while, it became the 75D – both have about 328 hp; however, the latter one has a somewhat larger range (a specified 200 miles versus 240 miles) and, in theory, covers a larger distance on a single full battery charge.

In reality, the range is often lower than what would be stated by the manufacturer, although this mainly depends on how economically the driver uses the available energy. In addition, charging is quite fast in these cars: depending on the type of charging point, you can have half to three-quarters of the battery charged in less than 30 minutes.

Tesla regularly sends out computer updates for the brand’s models to improve the figures. In addition, the systems that help the driver while driving a Tesla Model X, such as the adaptive cruise control and the Autopilot that allows the car to operate almost entirely by itself, can also be improved with these updates. Unfortunately, this will not come in handy if you plan to take this car off-road; the Tesla company doesn’t seem to have any interest in offroad updates.

Thanks to the power, this model is also fast: an entry-level version accelerates from 0 to 60 miles per hour in 6.2 seconds, the quickest version only takes 2.9 seconds. In addition, the suspension is quite comfortable and despite the heavyweight (given the size and the batteries), the Model X steers quite sharply.

In other words, this modified Tesla Model X looks the part for both offroad travel and for enjoying some quick acceleration off the line on tarmac as well!