A Complete History of the Jeep Jeepster 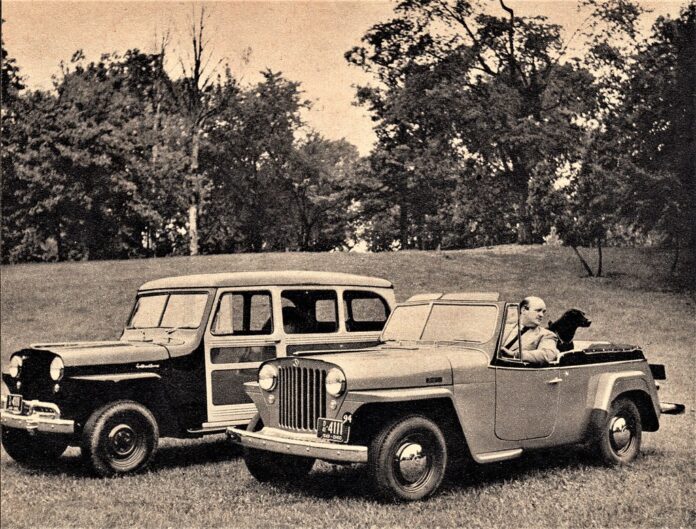 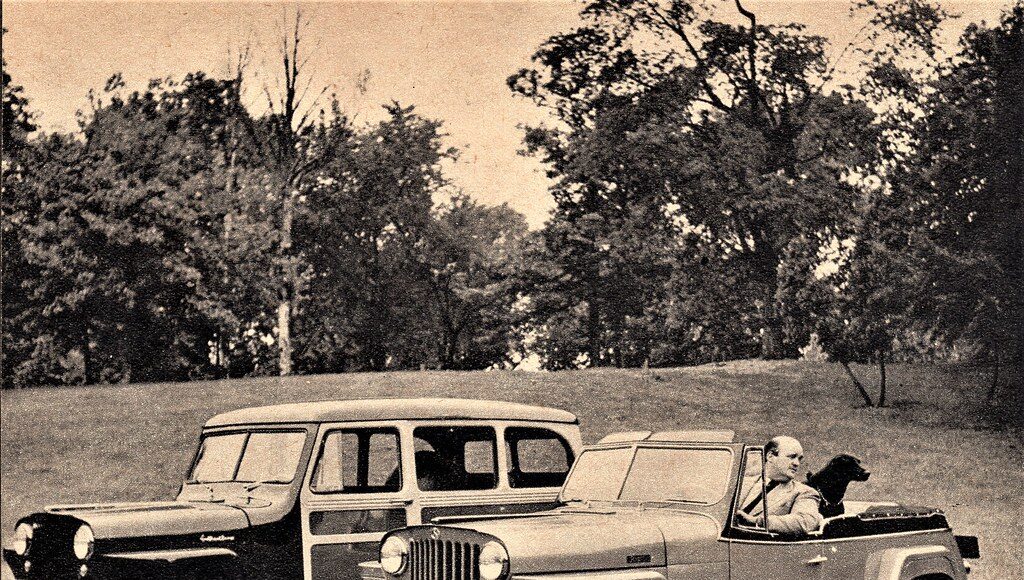 Everybody knows that Jeep is the definitive off-road company and the first brand which was established with all-terrain models in mind. Iconic Jeep Willys, which won WWII, Jeep Wagoneer that started the SUV trend, and CJ-5 and Wranglers that defined what the off-road vehicle should be are well-known throughout the world. But, there were several Jeep models that explored the concept of the off-road vehicle further and helped shape it to what it is today that not a lot of people know about. Today, we will tell you more about the Jeep Jeepster and Jeepster Commando and why it is essential.

For those who don’t know, Jeepster was Jeep’s sub-brand sold from 1948 to 1950, and Jeepster Commando was a Jeep’s model sold from 1966 to 1973. We are combining those two vehicles in one article because they are very similar in concept, form, and technology, and they appealed to the same market.

If you are puzzled by the Range Rover Evoque Convertible appearance, and you think it is an innovative idea designed to widen the appeal of SUV models, think again. Jeep introduced this very concept 70 years before Land Rover, although with limited success. Even though the post-war Jeep offerings were selling well and were available as Willys Overland Wagon, truck, and standard open-top Jeep, the company’s managers were looking for a way to introduce the Jeep brand to the upscale market. 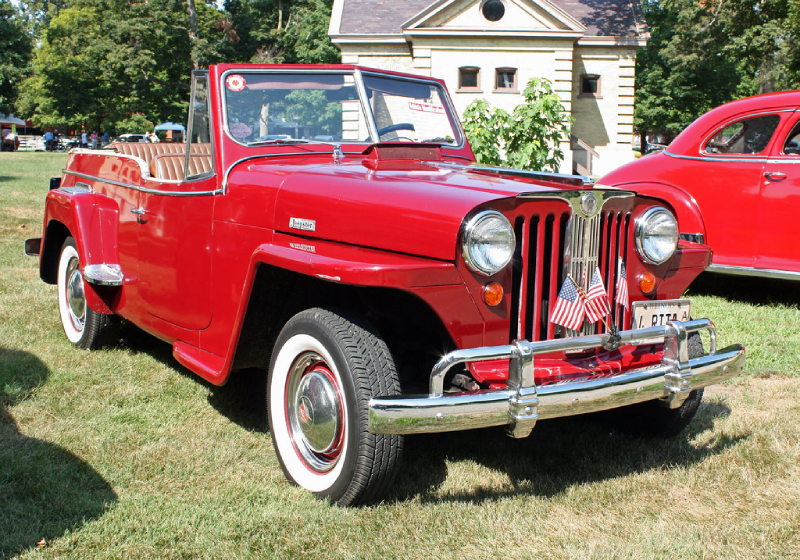 Contrary to popular belief, the Jeepster was sold only as a rear-wheel-drive model, which limited its appeal on the off-road market; however, it was relatively popular with people looking for an exciting convertible, dependable Jeep mechanics, and low price. Under the hood was a 2.3-liter four-cylinder with 63 hp, but later the famous Lightning straight-six was added. Its designer, Brooks Stevens, envisioned it as a “sports car for WWII veterans.” However, with 63 hp and three-speed transmission, it wasn’t very sporty, nor it had four-wheel-drive to be capable off-road. 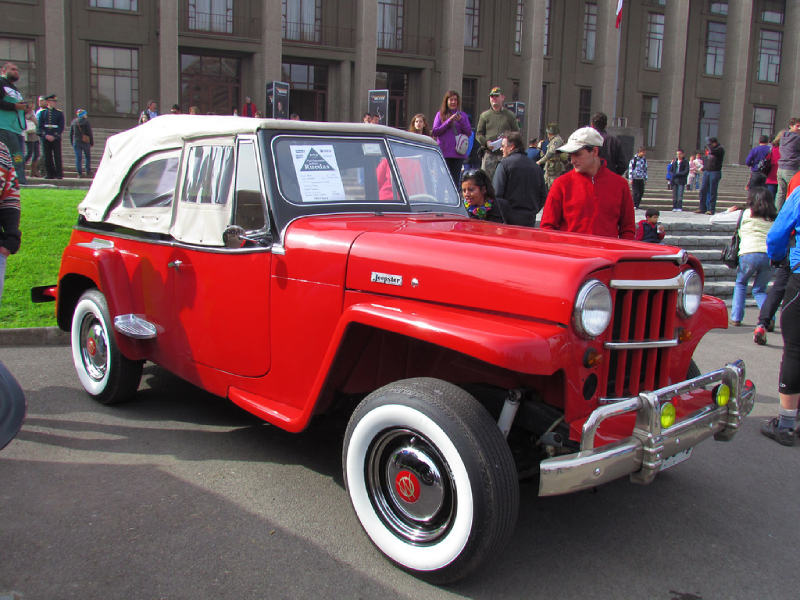 To further distinguish it from the rest of the Jeep lineup, it was called Jeepster and promoted as a sub-brand. With the higher price, better equipment, white-wall tires, and so on, it looked very cool, and almost 20,000 people bought it before it was withdrawn from the market in 1950. Those weren’t the sales figures Jeep hoped for, but lack of four-wheel-drive, unusual design and concept, and higher price limited the sales. Today, those early 1948 to 1950 models are highly sought-after by collectors for their quirkiness, unique appearance, and design.

During the ’60s, off-road and SUV class started becoming more and more popular, and several competitors attacked the Jeep brand with CJ-5 and Wagoneer. First with International Scout and second, with the Ford Bronco. All those models were made with the same idea in mind: offering a capable four-wheel-drive model to people who need it for Overlanding, camping, and active hobbies. However, the International and Ford were better prepared since their models featured several body styles and more modern features. So, Spartan CJ-5 proved inadequate, and Jeep decided to revive the Jeepster name presenting the Jeepster Commando in 1966. 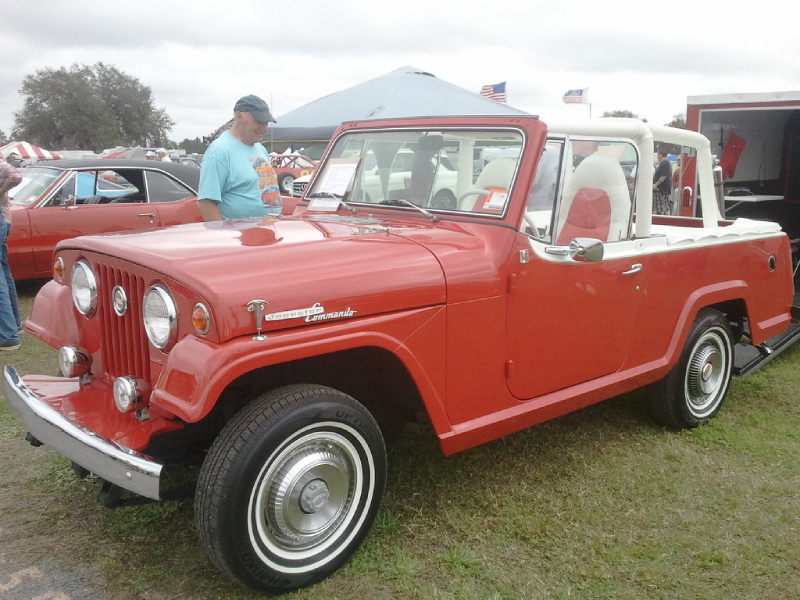 “1967 Jeep Jeepster Commando” by Michel Curi is licensed under CC BY 2.0

The Jeep Jeepster Commando was a very successful design and featured all signature Jeep cues but in a more grown-up package and with the more interior room. The base version was offered with a full-length metal roof, while the pickup, convertible, and roadster were provided with a soft or removable fiberglass top. This time, Jeep didn’t make a mistake from 1948, and Jeepster Commando was offered with four-wheel-drive as standard making it as competent as CJ-5 on the trail, snow, and mud.

Under the hood engine lineup started with four-cylinder with 65 hp and Buick V6 with 160 was the only engine option. Despite the competition from International and Ford and from 1969 from Chevrolet and GMC, the Jeep Jeepster Commando sold well, and over 57,000 of those interesting Jeeps were delivered to the customers between 1966 and 1971. The Commando was also assembled outside the US, and a number of them were manufactured in Spain in an Ebro factory with diesel engines. 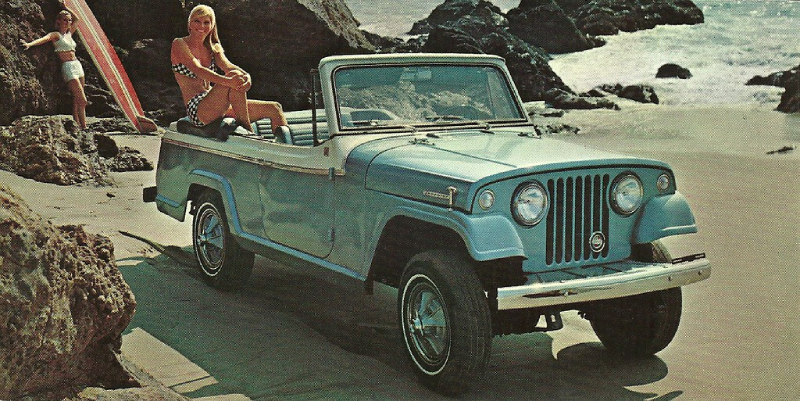 The major redesign came in 1971 when the second-generation Jeepster Commando was introduced. Although the basic mechanics remained the same, the 1971 to 1973 models had totally different front end without the signature Jeep-style grille. This model’s internal chassis designation was C104, and now it was known as Jeep Commando; the Jeep Jeepster part was dropped.

“1973 Jeep Commando Wagon” by aldenjewell is licensed under CC BY 2.0

The most significant mechanical change was engines offered, and lineup started with AMC’s 3.8-liter straight six (100 hp), continued with venerable 4.2-liter straight-six (140 hp), and topped with 304 V8 with 210 hp on tap. With upgraded power, those early ’70s Commandos were very capable vehicles, although they lacked the early models’ appearance. Simply, that grill didn’t look like Jeep. The production was stopped in 1973, and C104 was sold in over 20,000 examples.

Even though the Jeep Jeepster and Jeepster Commando didn’t have a direct successor, Jeep replaced the Commando with the first-generation Cherokee in 1974. As we all know, Cherokee becomes a legend in its own right, so it is safe to say that even though forgotten, Jeepster Commando had a significant role in Jeep’s success.

If you fancy getting a modern-day Jeepster, head over to Jeep and build your own!