Is the Ford Expedition Timberline Off-Grid Concept the Overlanding Rig for You?

With major players like Ford now dabbling in the overlanding space, it’s becoming evident that building bigger, better, and more capable off-road and overlanding vehicles like the Expedition Timberline Off-Grid will be a battle fought between even the biggest automakers.

The recently-announced Ford Expedition Timberline isn’t exactly a hard-core off-roader, but the Off-Grid concept shown above and below adds a few more goodies that might make it a worthy overlanding rig for you.

Let’s start with the vehicle…

What Do You Get With the Ford Expedition Timberline Off-Grid?

In addition to a two more inches of lift, this Expedition Timberline Off-Grid also has 2.5-inch adjustable remote-reservoir shocks from Fox. The 17-inch Method wheels are wrapped in 35-inch General Grabber tires.

On top is a 50-inch Rigid light bar that goes with a 20-inch light bar on the front of the vehicle and pod lights on the hood. There’s even rock lights in the wheel wells. All of this is controlled by the auxiliary switch pod that’s been borrowed from the Ford F-150 Raptor. 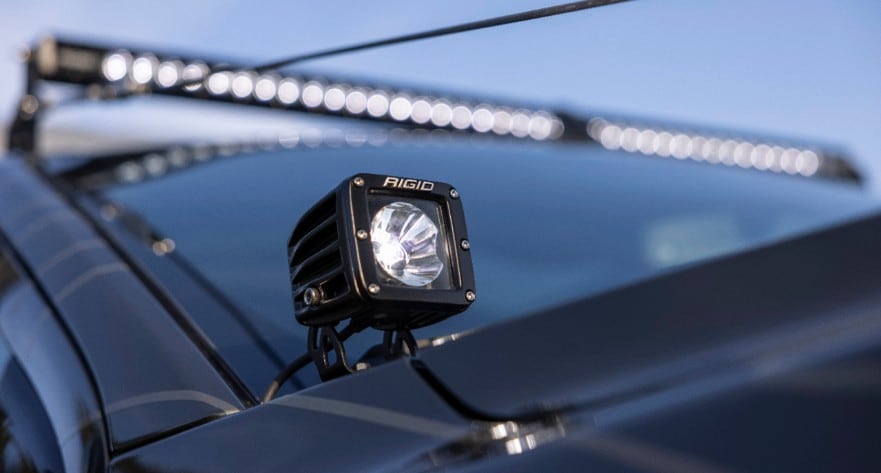 On top of the Expedition Timberline Off-Grid is a rooftop tent that features custom drawer storage, a two-person mattress, and a fold-out awning that offers you covered outdoor living space. There’s even a portable shower room!

What About the Trailer?

Behind the Expedition is a special edition Turtleback trailer that features a propane stove, a propane tank, a solar panel, tables, a sink, a six-gallon water heater, and a 42-gallon water tank, among other amenities. 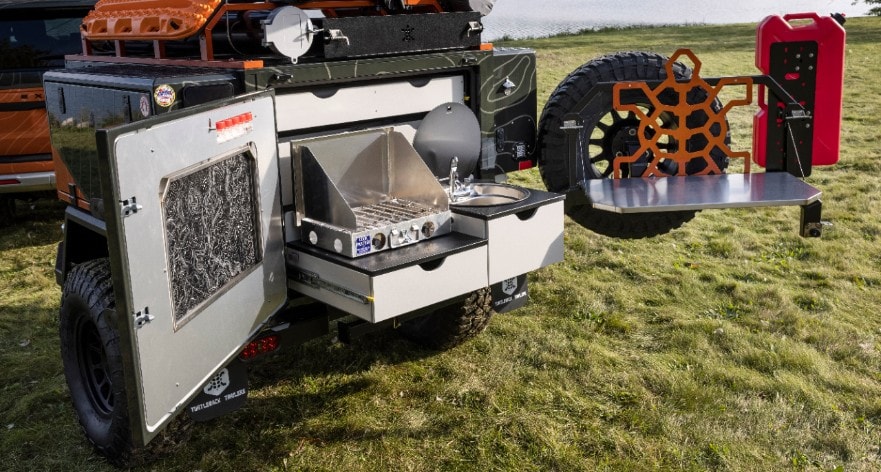 I have their Expedition Series trailer, and it has been with me in the snow and cold, the heat of the desert, and everywhere in between. If that Expedition can get off-grid, the Turtleback trailer can most definitely go with it!

It will be interesting to see if the Expedition Timberline Off-Grid will pique the interest of overlanders. We tend to be a finicky bunch when it comes to building out our rigs, so I’m concerned that this pre-made setup might not be all that popular. Then again, Ford probably isn’t banking on selling a truckload of these things anyway!