4 of the Best National Forests in the U.S. 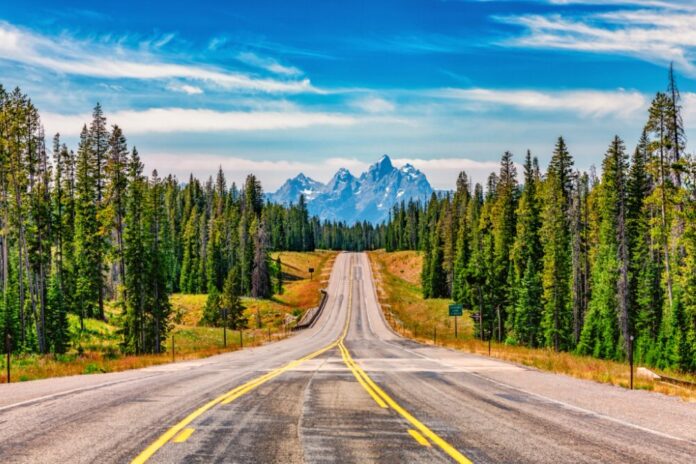 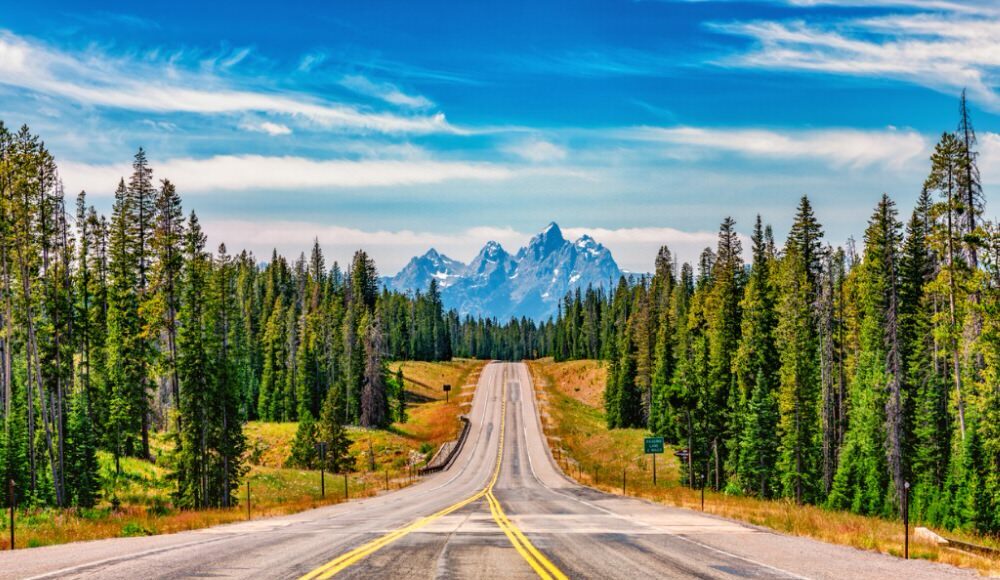 Photo by Art Wager via iStock

I don’t know about you, but when I’m planning an overlanding trip, I like to find mountainous locations where I can enjoy the sights and smells of the forest.

Maybe it’s because I was a tree in a previous life…I don’t know. But for me, there’s nothing better than some weekend fun in a national forest.

Fortunately, we have an incredible array of national forests in the United States. And with so many choices, it can be tough to decide where to plan your next visit.

Here are four of the best national forests in the U.S. that would play a good host to your next adventure. 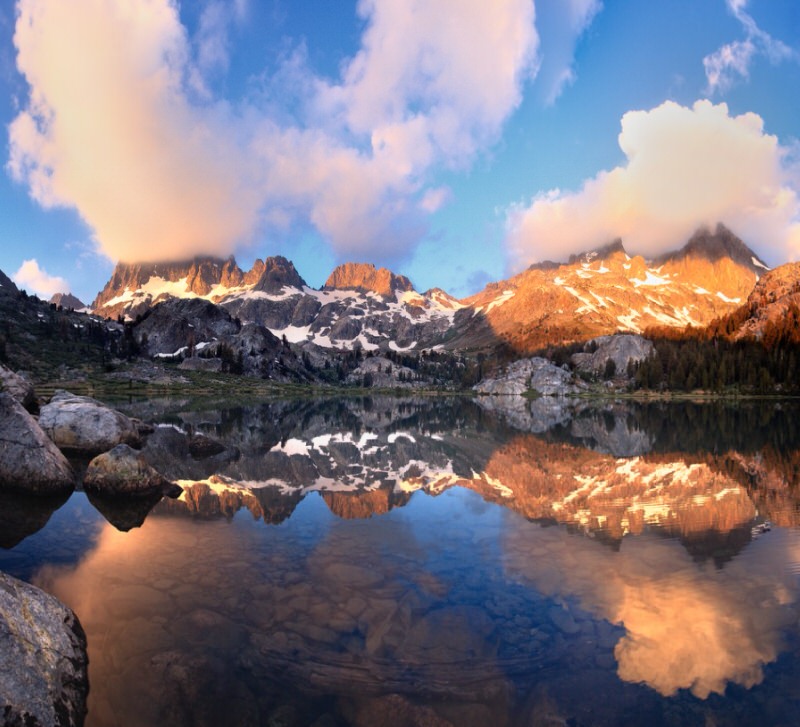 Photo by Hotaik Sung via iStock

On the peaks and the western slopes of the Sierra Nevada range is the Sierra National Forest, a 1.3-million-acre playground for outdoor enthusiasts.

Here, you’ll find soaring mountain peaks, giant sequoias, and sub-alpine meadows. Nearly 50 percent of the forest is wilderness area, which makes this forest one of the largest swaths of roadless area in the continental U.S.

You can also enjoy more than 1,000 miles of hiking trails, hot springs, and close access to Yosemite and Sequoia-Kings Canyon National Parks, as well as the Inyo, Stanislaus, and Sequoia National Forests. 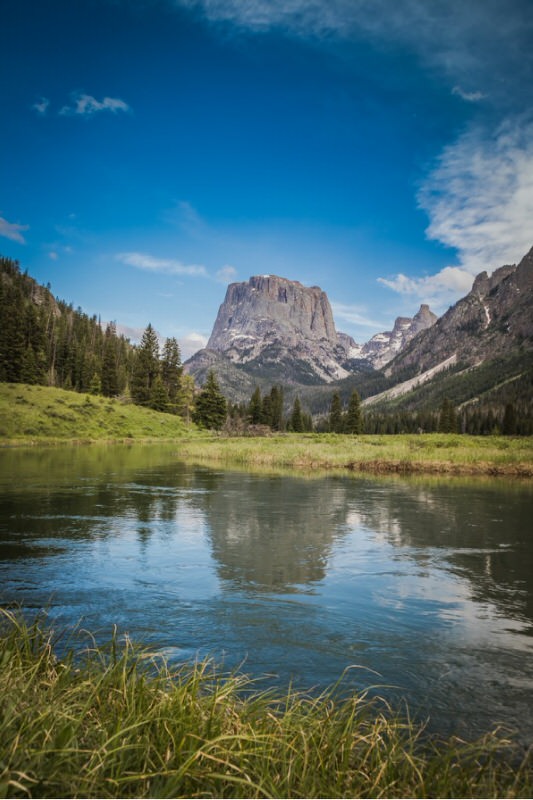 Photo by bmswanson via iStock

If you want to explore one of the most remote areas left in the lower 48, the Bridger-Teton National Forest is for you.

The Bridger-Teton borders both of Wyoming’s national parks – Grand Teton and Yellowstone, so when you’re ready to emerge from your wilderness adventures, you can get back to civilization and explore two of the most impressive national parks the U.S. has to offer.

But while you’re in the Bridger-Teton, you’ll be swept away by panoramic vistas of soaring mountain peaks in the Absaroka Range, the Gros Ventre Range, and the Wind River Range, which is home to Gannett Peak. At 13,804 feet, Gannett Peak (which is in the neighboring Shoshone National Forest, the first in the U.S.) is the highest in Wyoming and the tallest peak in the Rockies not in Colorado.

Much of the Bridger-Teton is accessible only by backpacking, so don’t think that you can drive your Wrangler to the base of Gannett Peak. Instead, you’ll need to pack your hiking and climbing gear and prepare for a multi-day backcountry adventure. Just remember your bear spray as black bears and grizzlies are abundant here. Other wildlife like elk, moose, and bighorn sheep are found in large numbers here as well. 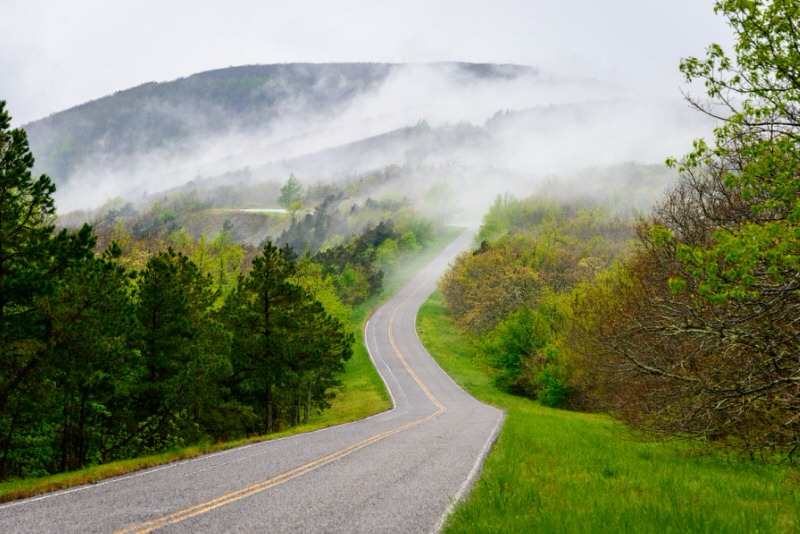 Photo by zrfphoto via iStock

For the uninitiated, Arkansas and Oklahoma might not conjure up images of mountains and forests. But surrounding the border between these two states is one of the best national forests in the U.S.

In fact, the Ouachita National Forest is the oldest national forest in the southern U.S.

Teddy Roosevelt oversaw its establishment in 1907 to protect its gorgeous rivers, old-growth forests, rolling hills, and long-ridged mountains. Today, the forest encompasses nearly two million acres where you can hike, bike, camp, kayak, and take on all sorts of other recreational opportunities on your overlanding trip.

While you’re there, be sure to check out the Ouachita National Recreation Trail, the Black Fork Mountain Wilderness, and take an afternoon to summit Magazine Mountain, the highest point in Arkansas. Hot Springs National Park is worth a visit too, as is the Talimena Scenic Drive, shown in the image above. 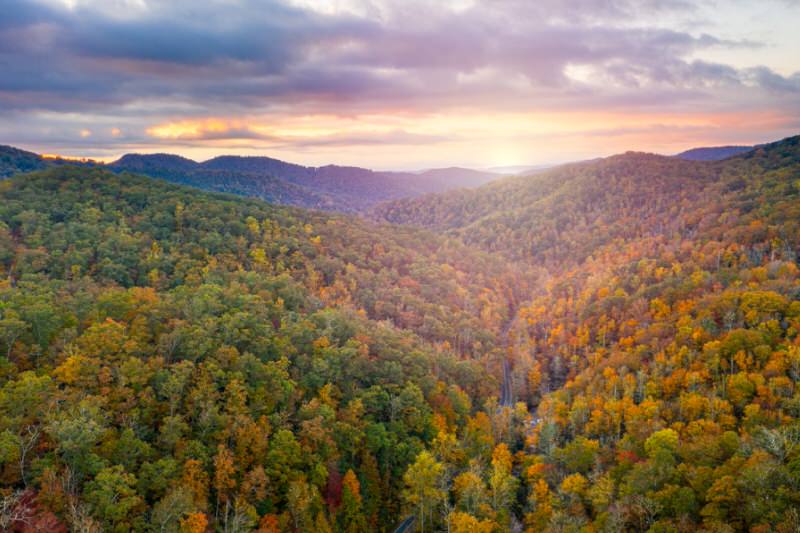 Photo by Sean Pavone via iStock

Pisgah is the Southern Appalachians at its best – rolling hills, soaring mountain peaks, huge gorges, and, of course, more than 500,000 acres of forest.

Additionally, there are other fantastic national forests nearby, including the Cherokee National Forest and the Nantahala National Forest, both of which are definitely worth a look. Pop into Asheville, North Carolina while you’re in the neighborhood to enjoy some of its charm.

Again, these are just four among dozens and dozens of possibilities for your next overlanding adventure in a national forest. Get out there and enjoy the beauty of these places this summer!