3 Reasons Why Electric Trucks Aren’t the Future – Yet

We’ve highlighted numerous electric trucks the last few months, from the budget-friendly Canoo to the budget-busting Hummer EV to concepts for a Jeep Wrangler EV.

And while electric trucks like these are incredibly exciting, and are very likely the future of overlanding and off-roading, they aren’t quite there yet.

In other words, before you sell off your big 3/4-ton diesel and buy a Tesla Cybertruck, there’s a few reasons to consider why electric trucks aren’t the future just yet.

While there are far more electric car options today than there were just a few years ago, they are still gaining traction in the market. For example, in 2020, less than 300,000 EVs were sold in the U.S. out of nearly 3.5 million vehicles sold.

One could argue that electric cars will have an easier time gaining a stronger foothold than electric trucks, simply because of the reasons people need each kind of vehicle. An electric car is mostly for running errands, driving to and from work, and so forth. But a truck is often needed for hauling stuff or towing a trailer or heading out on overlanding adventures.

This means that the folks that need a commuter car or a grocery getter will likely have an easier time transitioning to an electric vehicle than someone that needs a truck for extended overlanding trips that take them far away home (and electricity to charge their truck).

Before electric trucks can become more mainstream, they’ll need to have much-improved range. This brings me to the second issue…

Photo by basketman23 via iStock

When you tow your camper for a weekend getaway with your gas or diesel-powered truck, you won’t get nearly the fuel mileage you can get when you aren’t towing anything.

This isn’t a huge concern since there are fuel stations all over the place. Just pop in and fill up.

The problem with electric trucks at the moment is that they don’t have the range for long trips when you’re loaded up with a payload or hauling a trailer. Sure, you get on-demand power and torque that would make towing a heavy trailer a breeze, but the impact that all that weight has on the range of an EV is most concerning because it’s not like you can pull over and charge your truck as readily as you can fill up your gas or diesel-powered truck.

Will we get there one day with an EV charging infrastructure that makes long-haul trips in an EV truck a reality? Yep, you bet. But we aren’t there yet…

I know plenty of people that think electric trucks are the future and fully plan on driving one in a few years’ time. But those same people aren’t ready to open their checkbook to buy one right now, either.

I understand why, too. Change is difficult. And switching from a gas-powered truck to an electric truck is no small change.

Electric trucks look different, sound different, and require different kinds of maintenance, all of which can be a little off-putting to new EV truck buyers. 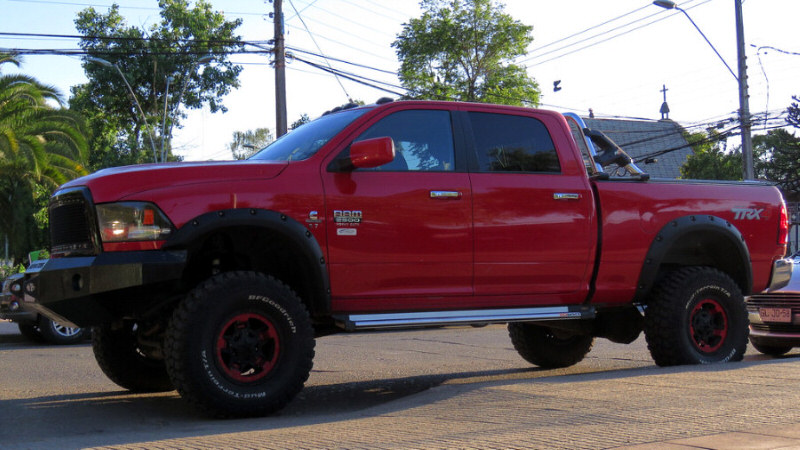 What’s more, many people that drive trucks are loyal to a particular brand, so going from being a “Dodge guy” who’s driven nothing but Cummins diesels for the last 20 years to being a “Rivian guy” that motors around in an electric truck is quite the jump.

This doesn’t mean that change isn’t coming, though. General Motors intends to be fully electric by 2035. There’s a proposal in Washington state to ban the sale of gasoline vehicles after 2030. And these changes are just the start…

However, getting from here to there will take some time, some refinement of electric truck capabilities, and a big change in our country’s infrastructure. So, while you’ll likely drive an electric truck in the not-too-distant future, today, they still aren’t the most viable option for most truck buyers.