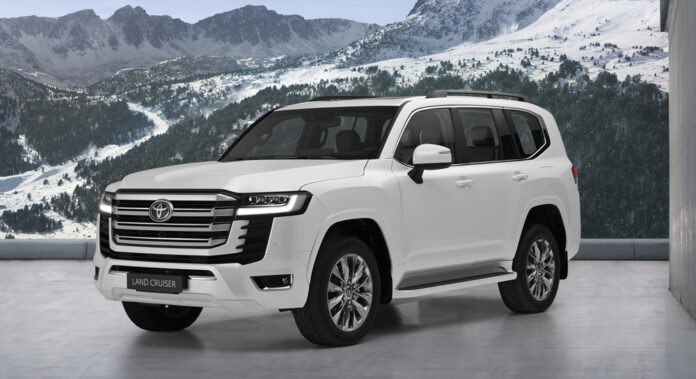 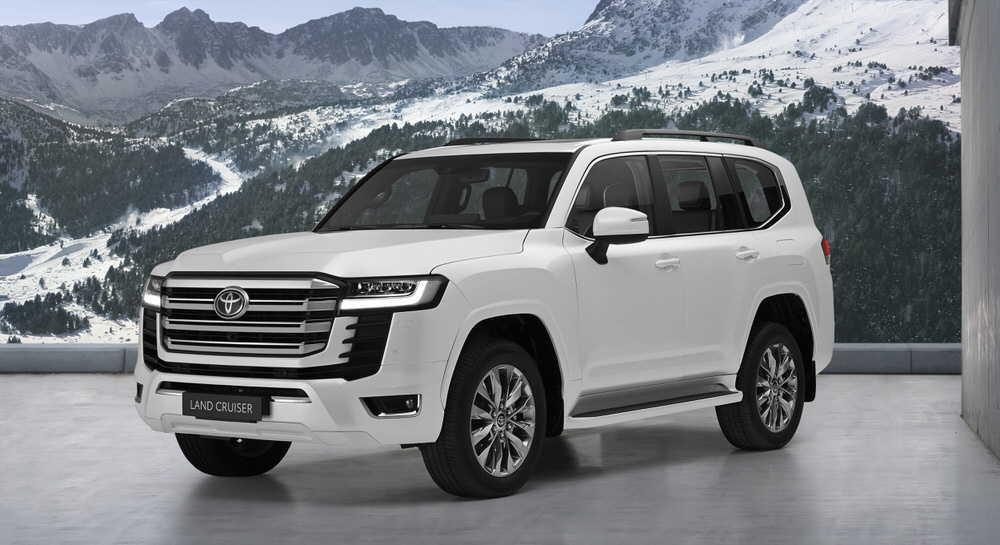 In the sports car world, few events are more important than the announcement of an all-new BMW M Car or a Porsche 911. Updates to these models happen rarely and far in between. The same is true in the world of off-roading in which two cars have gone down in history as the most capable and desirable off-roaders that exist – The Toyota Landcruiser and the Jeep Wrangler.

Today is an exciting day because after more than a decade Toyota has unveiled the all-new 300 series Land Cruiser. 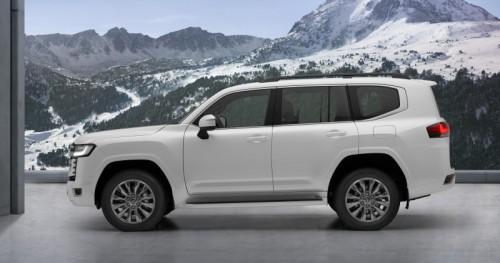 If you compare the new 300 series to the last face-lifted 200 series Landcruiser then the differences aren’t major. The new car is boxier and more futuristic but very similar size-wise. If you were familiar with the old model you would recognize this as the new Land Cruiser.

The wheels on the new car appear to be larger than 18 inches which is disappointing – it shows that Toyota is paying even less attention to the true origins of the Land Cruiser.

Trim Levels of the New ‘Cruiser 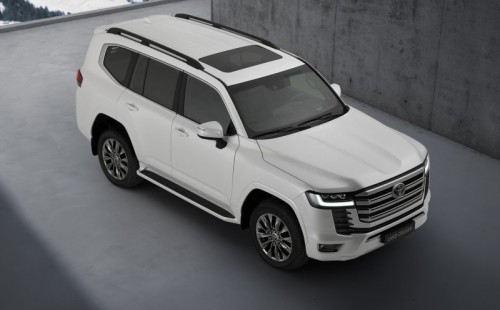 We do not know much as far as trim levels go but there is a picture of the 300 series in the dunes of the Middle East in which the vehicle has some different body panels and a GR logo. This suggests that Toyota might offer a slightly more off-road-worthy version of the vehicle.

Interior Specs of the 2022 Toyota Landcruiser 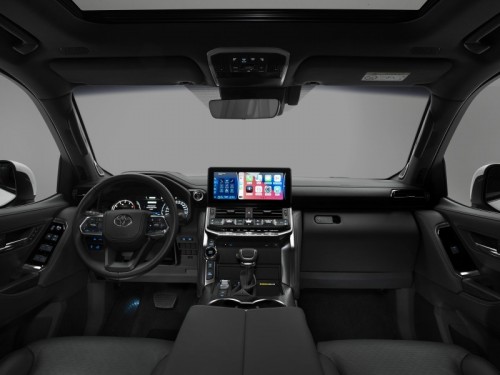 The interior is completely redesigned and is finally up to modern-day standards. The middle stack and general layout of the cabin suggest that you are in an off-roader although they do not look like something you want to get mud all over.

Toyota announced two engines for the Landcruiser. One is a 3.5-liter twin-turbo V6 with 409 horsepower and 479 lb-ft of torque and the second a 3.3-liter diesel with 300hp and 516 lb-ft of torque, the latter of which is mainly aimed towards the Australian market. As with most cars on market right now, the Landcruiser has a transmission with more gears than it needs. A 10-speed automatic will be the only option available. The engineers at Toyota have managed to shave 200KG off the frame of the vehicle while also making it stiffer. Suspension points have been updated and thankfully the 300 series still runs on a solid rear axle.

An electronic version of the KDSS suspension now takes care of handling and off-road abilities. Journalists will need to drive the car for us to know how well the system works.

The new Landcruiser should have been exciting news, but for me, it wasn’t. I am sure it will make a great overlanding platform but Toyota executives being as conservative as they have been during the past years never take the risk to produce a vehicle that the people will love. They only make the ones their accountants think will make money, and that may be the reason why the Landcruiser has not been selling well lately. The worst of all? It won’t be coming to North America.

Toyota should take an example from Jeep who no matter what has stayed true to the Wrangler set up knowing that the people who love the vehicle want just that. The Landcruiser shouldn’t be a 100,000-dollar school-run car no Mum wants to drive. It should be a capable, comfortable, and reliable off-roader tough enough to tackle the harsh environments our world has to throw at it. Shame – we’ll wait another decade, I guess.