8 Reasons Why the Land Cruiser is the King of Overlanding 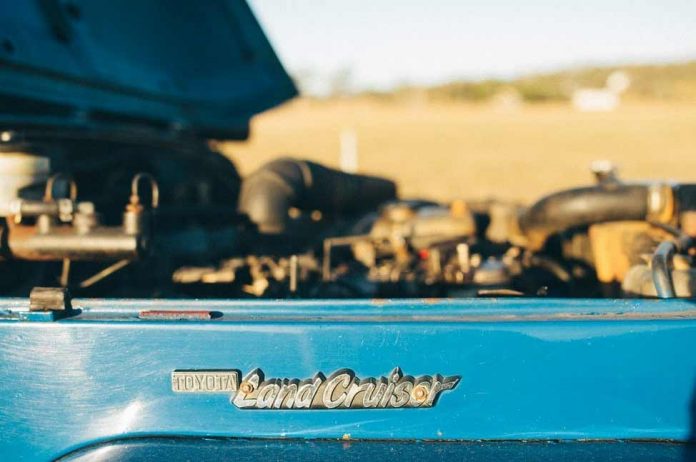 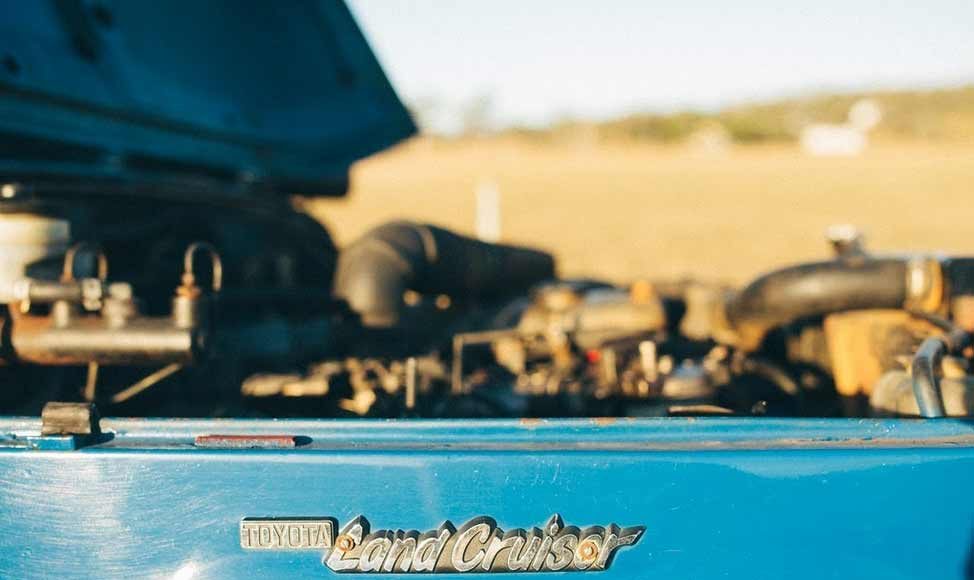 Let’s be honest here, crowning a the Toyota Land Cruiser as the king of overlanding will never go down well with everyone. It is common amongst the overlanding community that each individual has different beliefs on which car is best for the task.

However, solely based on facts and history, the Land Cruiser might be the best one…

It dates back to 1951, when Toyota Introduced the BJ model. It was a vehicle built to be used by the American military in the Korean war. Many believe that without the Land Cruiser, Toyota might not be around today. Over 10 million units have been sold and Toyota is about to debut their new 300 Series model. But what makes this vehicle so desirable within the overlanding and off-roading community?

The Land Cruiser is Simple

Many criticize the Land Cruiser for being too simple, saying it lacks the tech of something like a Range Rover. However, in the case of overlanding, the simpler a vehicle is, the fewer things can go wrong. This is a crucial attribute of a car that will take you to the most remote areas. 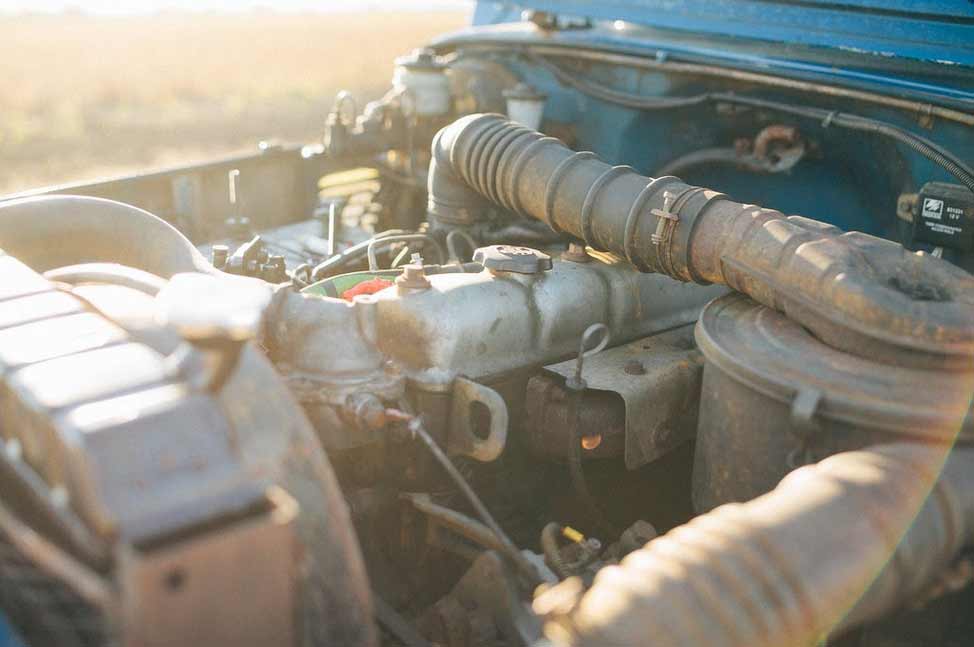 It is widely known that the Land Cruiser is one of the most reliable and dependable vehicles out there, but why?

When having a look underneath one, the answer is clear. Compared to other off-roaders, the CV axles, tie rod ends and differentials are bigger, the frame is taller and wider, and the diffs are more robust. Toyota themselves state that the Land Cruiser is built to have a 25-year lifespan in the harsh and brutal environments of 3rd world countries, a standard no other company follows. 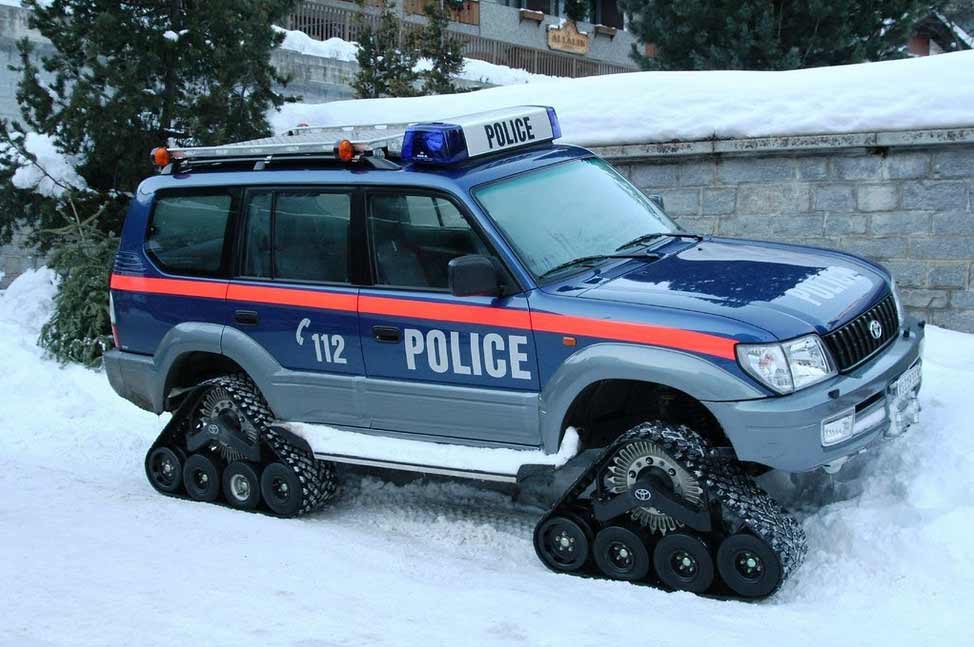 “Toyota Landcruiser on caterpillar tracks!” by Maurice Koop is licensed under CC BY-ND 2.0

The length of an overlanding trip has no boundaries, it can be done in your backyard or across the globe. The Land Cruiser has been sold to just about every part of the world making it widely available. On an international trip, this will prove beneficial due to the availability of parts, service, and accessories. If something breaks, regardless of the place you happen to be in, there will most probably be a service center or mechanic who can source parts and fix the issue.

The Land Cruiser has Off-Roading Abilities That are Unmatched 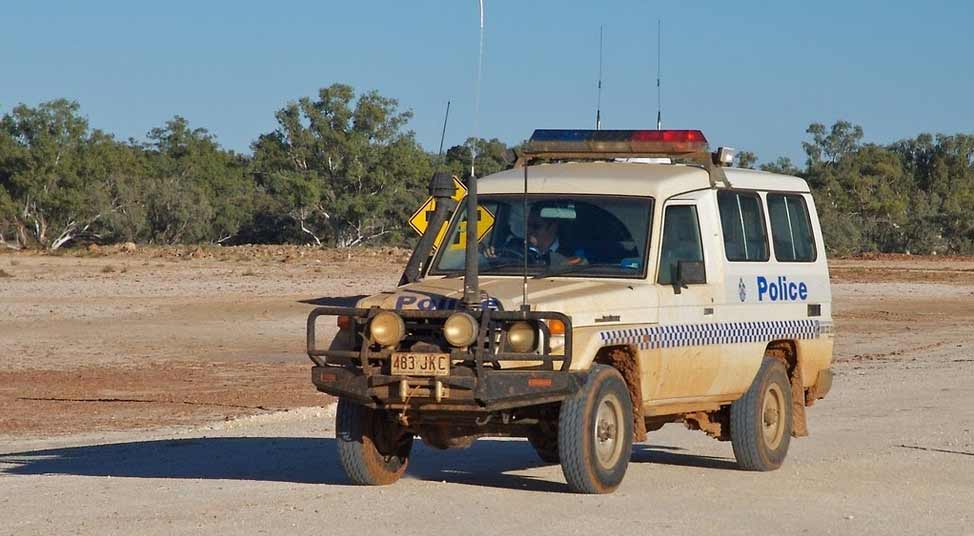 “Police Landcruiser” by macalba is licensed under CC BY-NC-SA 2.0

Part of the allure of going on an overlanding trip is taking the path less traveled, seeing what many have not in the wildest areas of the world. To achieve this, a capable off-roader is required.

Thankfully, the Land Cruiser lineup has you covered, with models ranging from hardcore solid axle vehicles to comfortable tourers. Most impressive are the outstanding off-road abilities that are accompanied with great on-road manners in all models after the 1990s.

Anyone who has driven an old solid axle vehicle will have experienced the jittery ride and poor handling abilities. But an 80 series Land Cruiser proves that a solid axle truck doesn’t have to rattle your spine to pieces. 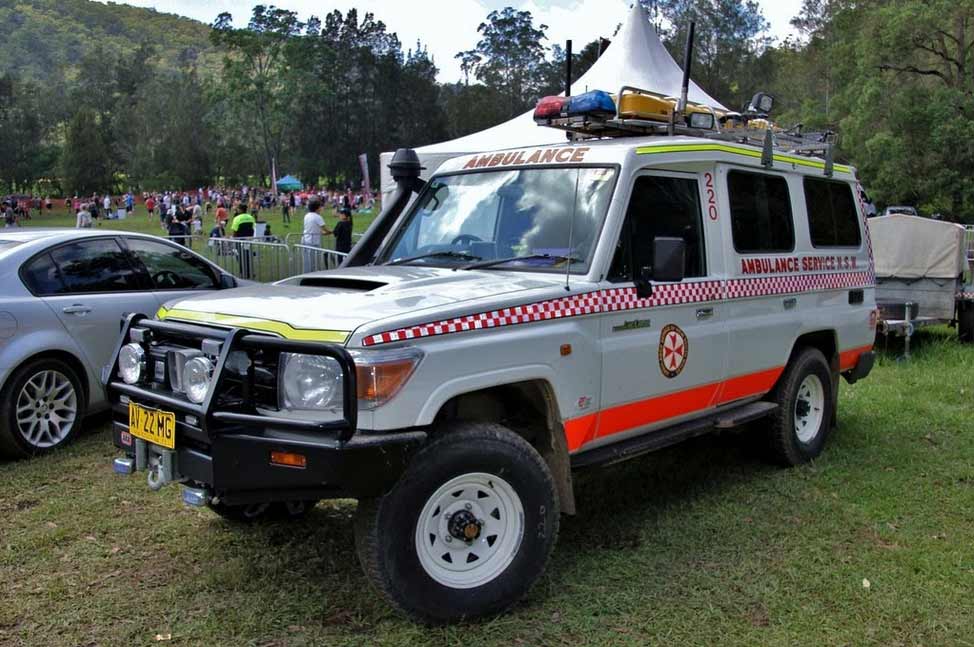 “2008 Toyota LandCruiser 78 series Troopcarrier Workmate ambulance” by sv1ambo is licensed under CC BY 2.0

Being on the road for days requires preparation, and preparation often involves having to take many essentials on board. A vehicle that can easily carry all items needed for an overlanding trip, while also remaining spacious and comfortable inside is key.

The Land Cruiser oozes space both inside and outside the vehicle. Many of the models come as seven-seaters, meaning that when those 3rd-row seats are removed, the possibilities for a draw system, fridge or even an in-car bed are endless.

If camping or storing items on the roof of your vehicle is the way you want to go, the Landcruiser has you covered as well. With a wide range of aftermarket roof racks available, you can mount whatever you desire on the roof of a Land Cruiser.

Additionally, when the spare tire is relocated on the trunk, Land Cruisers tend to have space for an auxiliary fuel tank, a critical accessory that provides peace of mind on long overlanding trips.

Most Land Cruisers are Simple to Work On 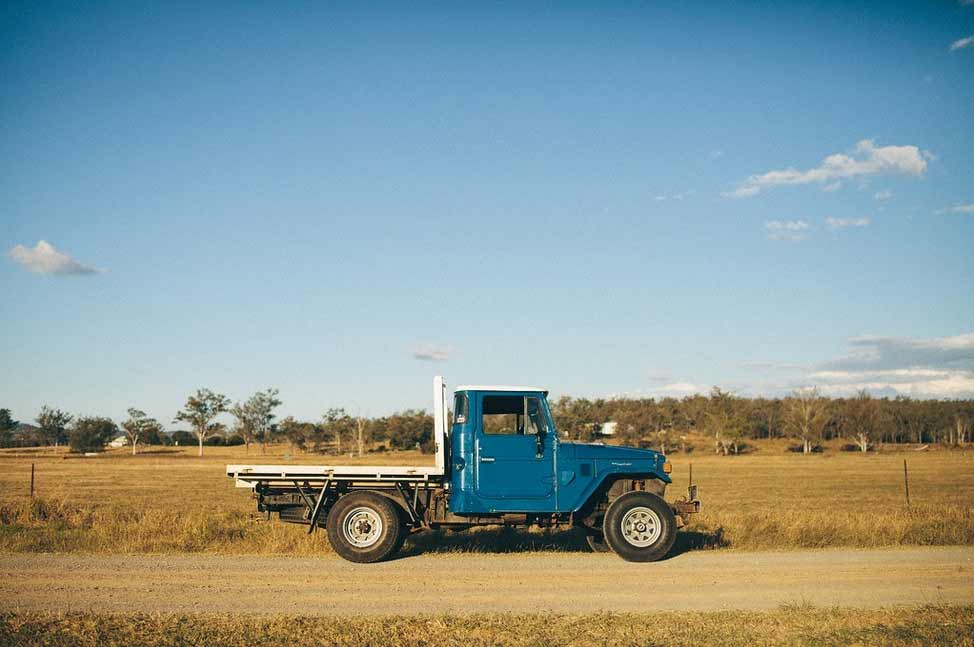 Nothing is indestructible, even Land Cruisers. I know this from personal experience.

Because of that, a truck that is simple to fix and does not require any special tools can help avoid headaches when things do go wrong. The more recent you go up the Land Cruiser line up, the harder it gets to fix something with basic tools.

That being said, even the new 200 series Land Cruiser is simpler to fix than most of its modern-day rivals. A simple rule to determine if a car is easy to work on is to have a look inside the engine bay. If you can see the ground, the repair will be easy, if not, you are in for a lot of cursing. 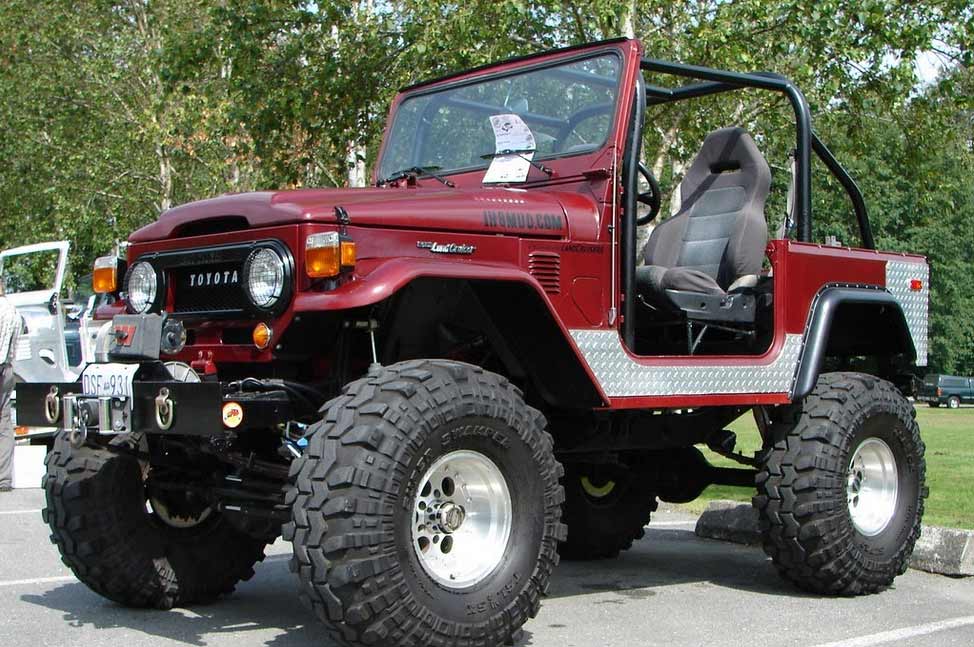 Aftermarket support for overlanding vehicles is a must. Being able to choose between a wide range of products to make your vehicle more capable and your life on the road easier is important.

Because of its renown capabilities and global recognition, the Land Cruiser has great aftermarket support. When the time comes to accessorize your Land Cruiser for overlanding, the only trouble you will have is choosing which accessories to buy! 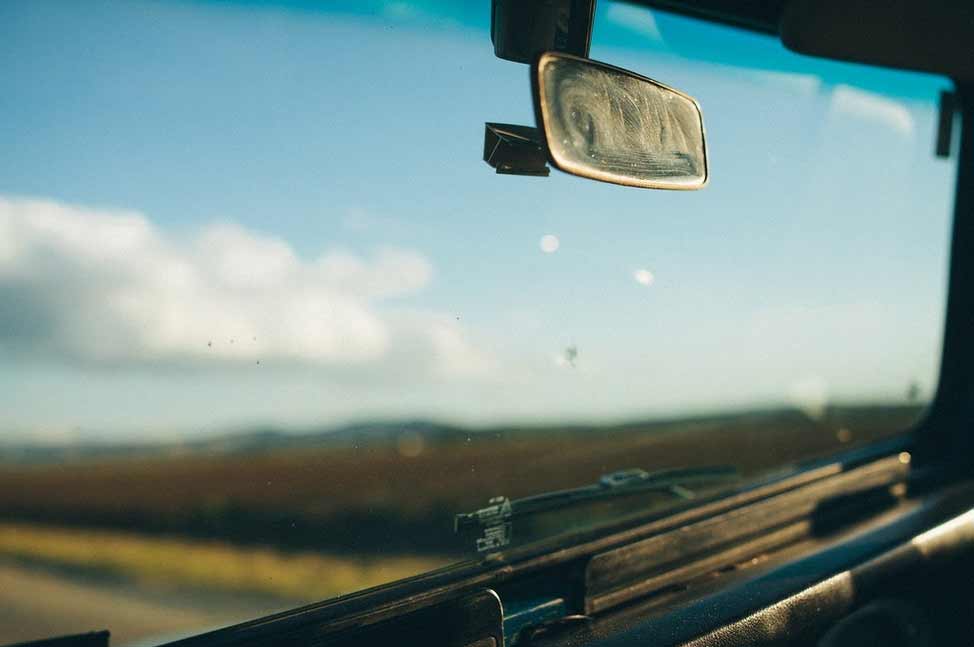 When off-roading, a clear line of sight on the trail is needed. Without it, picking the right path, especially when traveling solo, is nearly impossible.

Nothing compares to the visibility of a doorless Jeep Wrangler, but I wouldn’t imagine traveling cross-country in it would be too pleasing. This is where the Land Cruiser comes into

Although not the best, it provides the perfect compromise between large windows to aid vision on the trail and tall doors to protect you in the event of an accident.

Which is the Best Budget Land Cruiser?

This could be a whole different article on its own…

To touch on it briefly, the cheapest Land Cruisers on the market right now are the 80 series and 100 series. Anything older than an 80 is going up in value, and anything newer than a 100 hasn’t come down enough yet.

One thing is for sure though, whichever model of this legendary line-up you choose, it will not disappoint.

What do you think? Is there anything you would add to further back up the argument as to whether the LandCruiser is the king of overlanding?