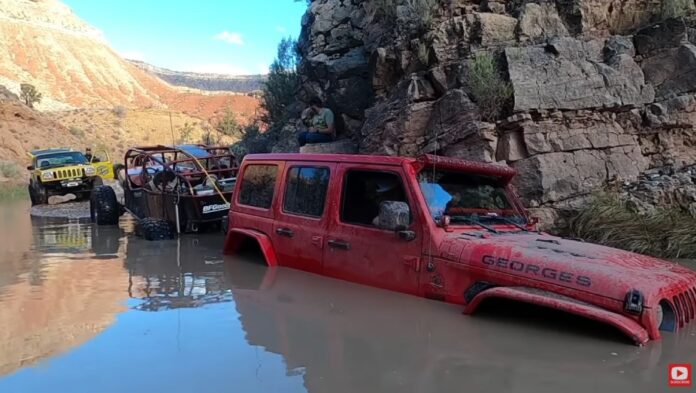 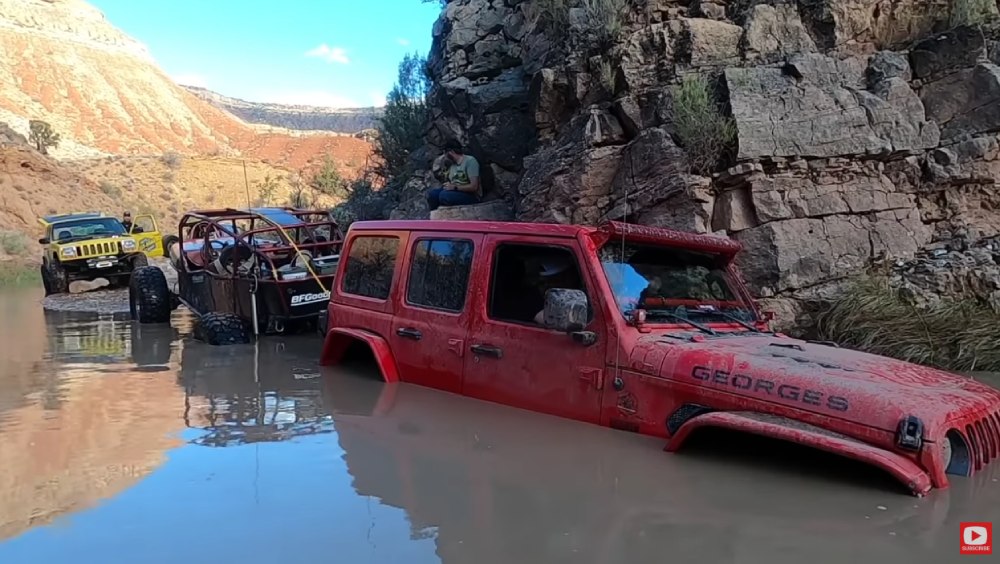 It’s no fun to get your off-roader stuck anywhere, but getting stuck in a river is probably the worst. That’s especially true if your vehicle is a $100,000 Jeep Wrangler.

Unfortunately, as you can see in the video below by Matt’s Off-Road Recovery, that’s exactly what happened a few weeks ago.

The $100,000 Jeep Wrangler is hopelessly stuck, which required four rescue vehicles to get it unstuck.

The problem is that the Wrangler was dead in addition to being stuck. It was also nowhere near a paved road.

Between having water up to the hood and the wheels sunk into the mud and silt, this Wrangler didn’t want to come out.

Was the Jeep Wrangler Rescued?

Ultimately, the Jeep was rescued thanks to an inventive method of using an off-road buggy to serve as a fulcrum point for the strap.

Of course, getting the $100,000 Jeep unstuck was only the beginning. Then the rescue crew had to tow it over narrow trails with zero power or braking in the Jeep.

There’s no word from the owner of the Jeep Wrangler if it’s salvageable. Let’s hope it is with that kind of price tag!