Toyota Tundra – Is This the Best Truck for Overlanding? 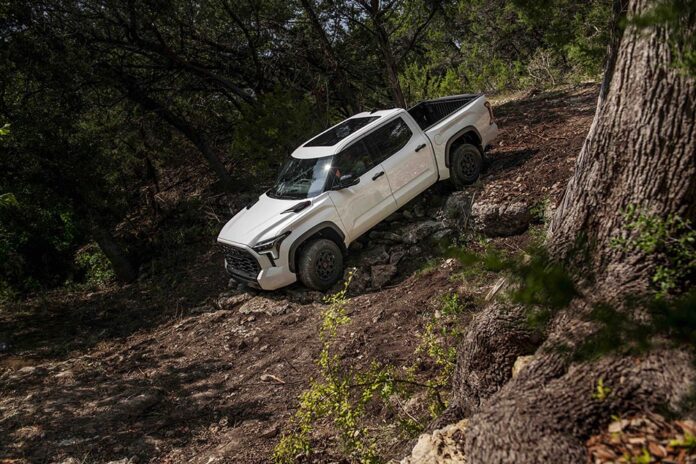 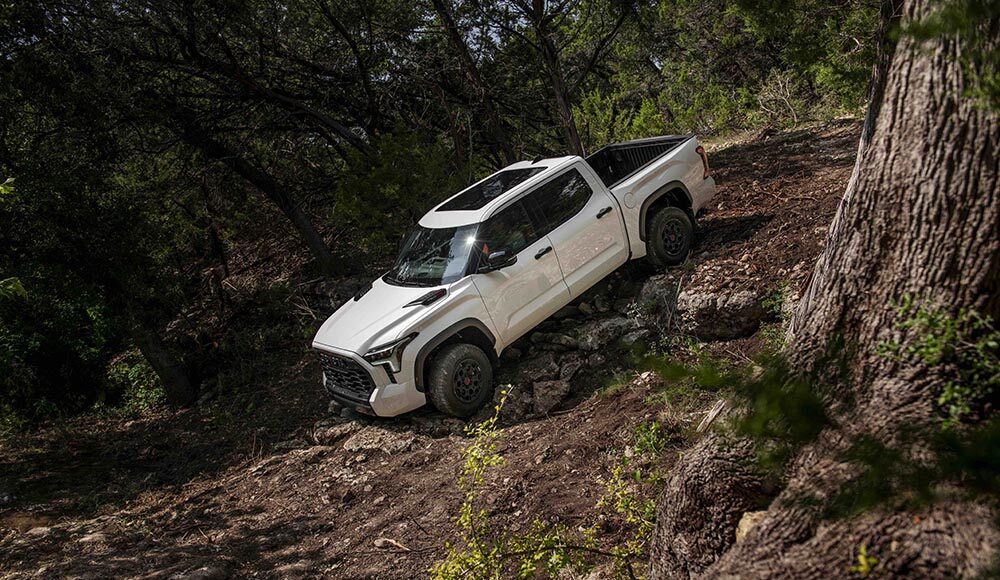 The Toyota Tundra is the larger of the two Toyota pickup models, and it is an excellent truck for Overlanding. Tundra off road builds are popular too.

The Tundra engine will provide you with enough power to face the trails head-on, while the long-wheelbase ensures a smooth ride.

The Tundra comes with many factory-standard perks including off-road suspension, locking differentials, and a high-capacity water pump. These options make it great as a Toyota Tundra overland build. So, if you’re looking for a truck that can take you anywhere, this truck is worth considering. We’ll tell you why, which models to avoid, and what the new 2022 model brings to the table.

Is Toyota Tundra Good for Overlanding? 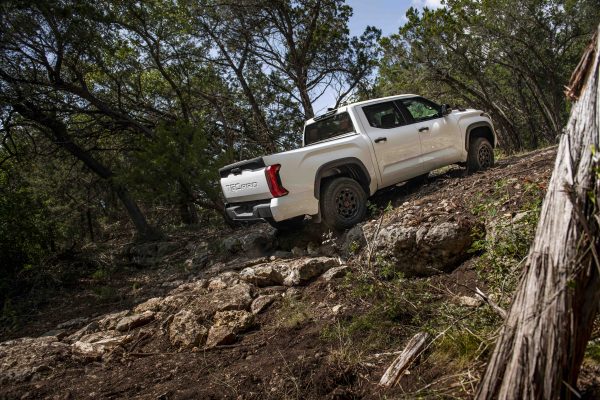 The short answer is simply, yes, Toyota Tundra is an excellent Overlanding choice.

It is big and burly with the right amount of power. This makes it perfect for towing and hauling heavy loads, whether it’s a trailer or a complete set of Overlanding equipment.

It is also great when you need to pull another vehicle out of the mud. So, Toyota Tundra brings what you need to the table in terms of power.

The robust engine provides plenty of power and torque, and the long-wheelbase ensures a smooth ride over rough terrain. Combined with a ground clearance of 10.6 inches on a standard model, it doesn’t need many upgrades before taking it off-road.

And with the Toyota Tundra gas mileage being 18 in the city and 24 on the highway, you can get decent gas mileage for a big truck.

So, if you are looking for a truck that can take you anywhere, the Toyota Tundra off-road is a great choice.

Is a Tundra Overlanding Rig Too Big? 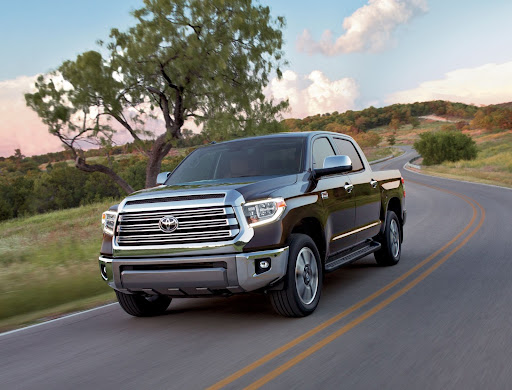 A Tundra overland model is, without a doubt, a very large truck. And it may even be a little too large for some Overlanding enthusiasts. The Toyota Tundra is a full-sized truck, and it isn’t as nimble on the trail as a Toyota 4runner or a Jeep.

However, if you give the Tundra space, it will get the job done. If you are looking for a smaller and more agile 4×4 vehicle that can handle tight corners and narrow trails, Tundra Overlanding might not be the right fit for you. But if you are looking for a full-sized truck that can hold its own, a Toyota Tundra overlanding option is a great choice! 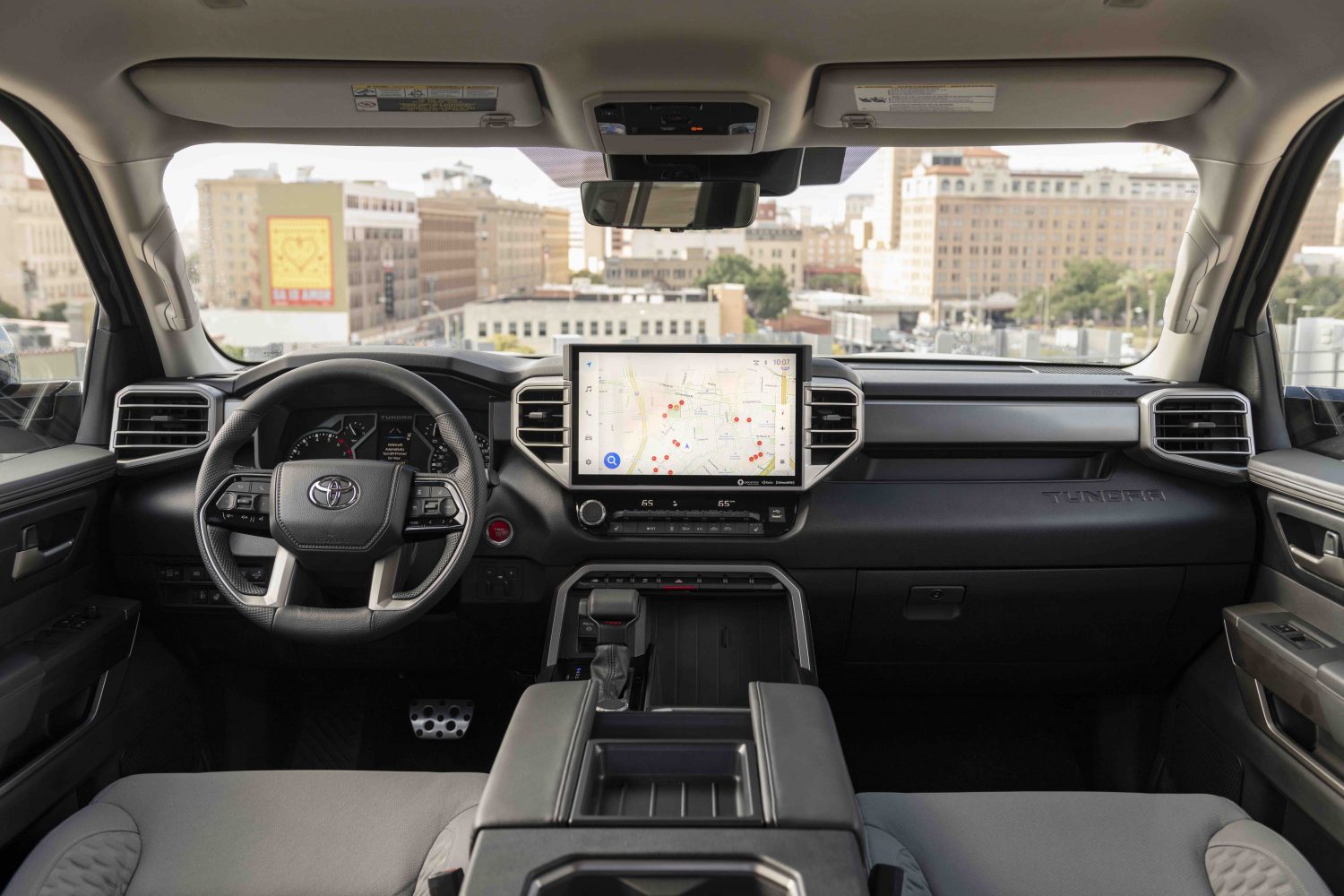 According to the chief engineer of Toyota, everything down to the last nut and bolt is brand new. The manufacturer used zero parts from the previous generation and built a whole new truck.

The 2nd generation Tundra had a 5.7-liter V8 engine that was first released in 2007. A six-cylinder has replaced it, making way for modern technology for the Tundra overland option.

The new Toyota comes with two engine choices. The entry-level is the twin-turbo 3.5-liter V6 with 394 hp and 649 Nm of torque. The second option is the same engine, but as an i-Force Max edition, meaning it gains an additional electrical engine that delivers 443 horsepower and 790 Nm of torque.

There is only one option for both engines when it comes to transmission, a 10-speed automatic transmission with a manual mode switch, crawl control, and multi-terrain selection. The pickup now can tow a maximum of 5,443 kg with this engine.

TRD off-road package option includes different trim options, a larger crewman cab, and a choice between a 5.5 ft bed or a 6.5 ft bed. Apart from that, all trucks with the TRD Off-road package also include Bilstein monotube dampers, TRD 18 inch wheels, a unique TRD grille, mud-guards, skid plates, and a leather-wrapped gear knob as a finishing touch to make a true Tundra overland monster.

Toyota has also been working on the interior of the vehicle. The new 14-inch touchscreen in the middle of the dashboard will immediately catch your eye. If you want a less flashy screen, you can also opt for a smaller 8.0-inch screen.

What Year is Best for a Toyota Tundra Overlanding Build?

After Toyota had a year filled with issues on the 2012 model, they turned it all around in 2013, coming out on top with what is considered the best Tundra available among used cars. It even took the prize for “best full-sized truck of the year” and came in second on the best used full-sized trucks list.

Most of its success had been a direct result of fixing the problems of the model that was released a year before this one, as Toyota seemed to have gone the extra mile to avoid a second lousy model.

What Year Toyota Tundra is the Worst?

While Toyota is always widely known around the world for producing decent and reliable vehicles, the Toyota Tundra is no exception to that. But there is one model in particular that you are probably better off avoiding altogether. The 2012 Toyota Tundra is considered the worst year for a Tundra overland build.

The most common issue that was reported for this model was the failure of the air induction pump. The average repair cost for this is around $3,000, and it has already started malfunctioning around 74,000 miles. This is way too early for such a significant repair, in our opinion, especially for a Tundra overland build. Apart from air induction pump failures, this model’s users often report premature transmission failures even earlier than the air induction pump at just under 10,000 miles. The average repair cost for a transmission failure for this truck is a whopping $5,000.

Besides the 2012 model, the 2007 model also has a reputation for experiencing the worst engine problems. The drivers reported many occurring malfunctions in this car. Air injection pump failures, engine cooling system failures, secondary air pumps sticking and causing damage to the pistons, even cruise control problems, you name it. In addition, the accelerator panel of the 2007 Tundra was reported by the National Highway Traffic Safety Administration as problematic.

What Problems Do Toyota Tundras Have? 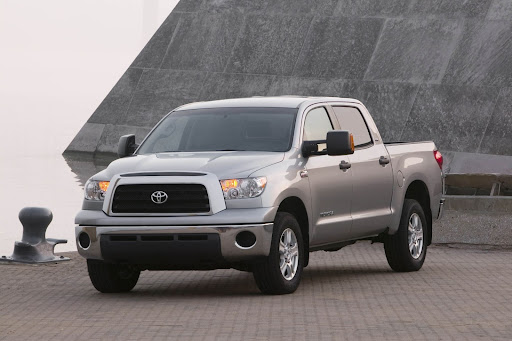 Some common problems like the Tundra’s braking system failures are seen throughout the entire second generation of this truck. However, you should be fine if you stay clear of the 2007 and 2012 models.

The brakes of the Tundra are prone to failure and can be expensive to replace. So if you’re thinking of building a Toyota Tundra overland rig, be sure to test the brakes thoroughly before finalizing your sale and making your decision, as you would not want to risk any unwanted surprises.

Other than that, your primary concern will be that a Toyota Tundra overland rig can be expensive to maintain. The old engine is unsurprisingly not very fuel-efficient, so you’ll want to make sure you have a good gas plan if you’re going to buy a Tundra with a V8 Engine. Or you might want to reconsider that new 3.5 V6 hybrid model instead.