Diesel vs Gas Trucks for Overlanding 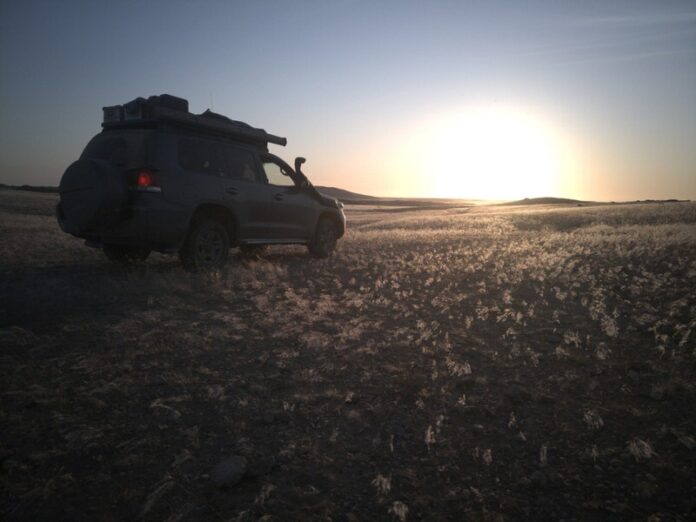 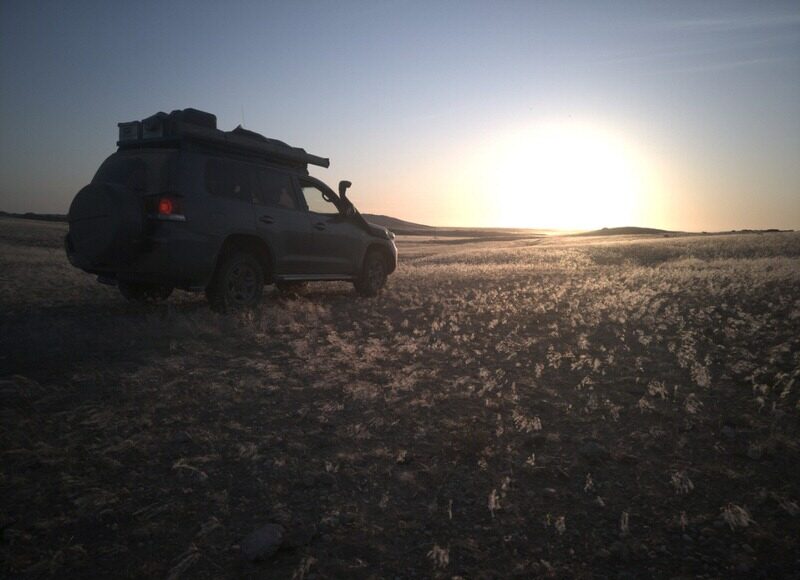 photo by maxrlx via iStock

When you are looking into an overlanding vehicle, the first thing you need to decide is going to be the fuel type. The two most obvious choices are gas vs diesel, and while you may not realize at first, your choice in fuel is quite important. This choice goes beyond just the simplicity of fuel cost as it also involves differences in essential maintenance and power.

Pros and Cons of Diesel Trucks 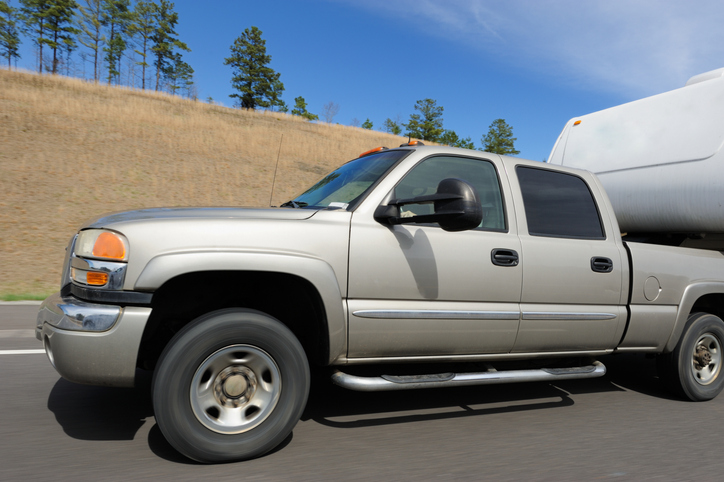 The most significant driving advantage of a diesel vs gas engine is torque. Apart from torque, fuel economy is also one of the most important advantages of a diesel vs gas truck as you will be able to go further on the same amount of fuel with a diesel engine.

Diesel engines are designed to do the heavy lifting and are built to be stronger and tougher than a gas engine is. And while a diesel engine will be likely to use a similar amount of fuel as a gas engine would when it’s not loaded, it will become a whole different story when it is carrying a load and put to work. A gas truck would start using significantly more fuel; a diesel engine’s fuel consumption will stay more or less the same.

Diesel engines are made for work, which is also the biggest drawback of a diesel engine vs gas engine. If you get a diesel truck and keep it immobile, not letting it warm up and do that heavy lifting, it will shorten the engine’s life expectancy because the cylinders can glaze. And as a result, your compression can start leaking, which will lead to other engine problems in the long term. In addition, the filters need regular cleaning by revving them up on the highway; otherwise, you will see unwanted dashboard lights for malfunctioning DPF and exhaust filters. 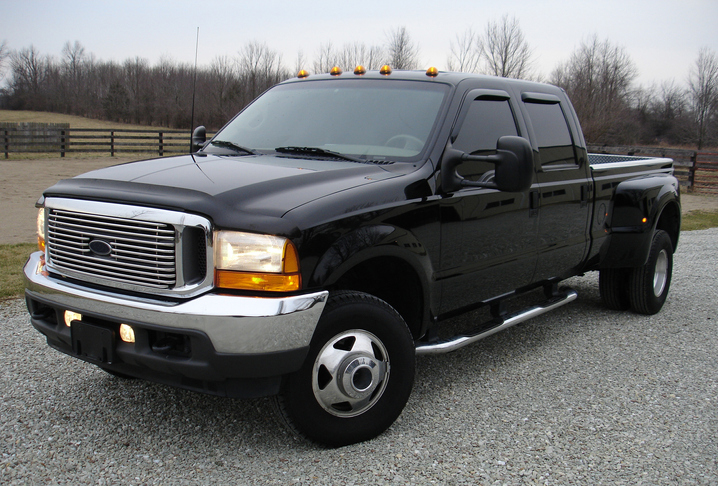 photo by bsauter via iStock

Another advantage of a diesel vs gas engine is the downhill braking. Unlike a gas engine, a diesel engine’s fuel injection depends on how much power is demanded and can fluctuate. In addition, due to the unrestricted amount of air available for the diesel engine, the compression ratio is far more extensive than a gas engine. As a result, it offers better resistance to increases in RPM than a gas engine would, making it more resistant to downhill action.

When it comes to maintenance, a diesel vs. gas truck will need more or less the same. Ideally, a diesel engine would benefit from a yearly fuel filter, but the rest of the maintenance is more or less the same. Keep in mind that this only goes for more modern trucks. The engine is less advanced if you have an older truck and may need more oil and filter changes. Apart from that, older models have a higher chance of contracting a leaking turbocharger seal which can be costly to replace if you don’t do it yourself. 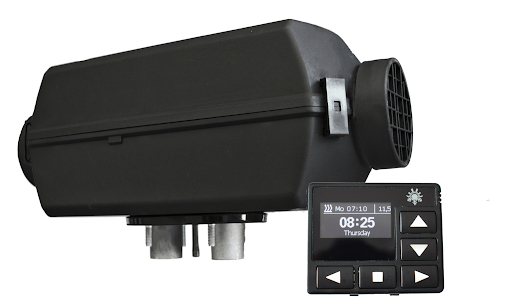 Bonus pro: If you have a diesel truck, you can add a diesel heater for winter adventures! The Planar Heaters 2D-HA-PU27 Diesel Air Heater Kit is a great option that uses very little fuel and runs independently of the engine, giving you the ability to keep your rig warm without having to idle the engine. This thing puts out 7,000 BTU/h of heat, is extremely fuel efficient, is easy to install, and simple to operate, too!

Pros and Cons of Gasoline Trucks 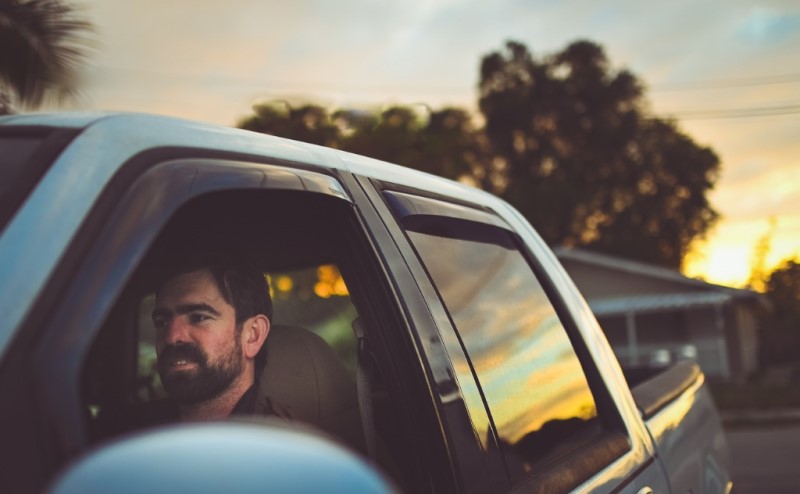 photo by Lisa5201 via iStock

When it comes to torque statistics in a diesel vs gas engine, the gas engine will draw the shorter straw here, but it can still pack some real power and get some serious off-road work done as well.

A gas truck will likely be the friendlier option financially. This is because gas trucks are cheaper to buy than diesel trucks, and fuel costs are also lower. The biggest pro of a gas vs diesel engine is the amount of noise produced as gas engines tend to be more silent than a diesel engine.

Because the fuel mix in the engine requires a constant ratio mix, a butterfly gauge regulates the air intake. This makes a gas engine less fuel-efficient than a diesel engine, as working harder means using more fuel by default.

It also means they are more likely to get away from you when doing downhill work as the engine’s compression is lower and the engine braking power of a gas engine compared to a diesel engine. 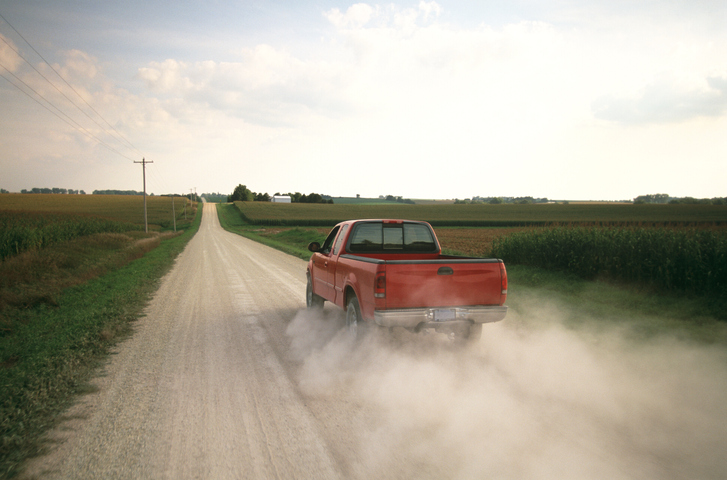 photo by JMichl via iStock

As mentioned above, the maintenance of a diesel vs gas engine is more or less the same when it comes to modern trucks. But in older models, specifically in comparison to diesel trucks from before the 2000s the gasoline engines required much less maintenance than the diesel trucks.

Since the introduction of injection systems, this difference in maintenance costs has been minimalized. Still, a gas-operated car will always be cheaper to buy as the engines just don’t have the same life expectancy under hard working pressure.

This is not necessarily bad as both engines still deliver outstanding performance off-road. But the best engine choice for you between a diesel vs gas truck will depend on what you plan to do with it in all situations, not just off-road.

The EV Truck as an Alternative 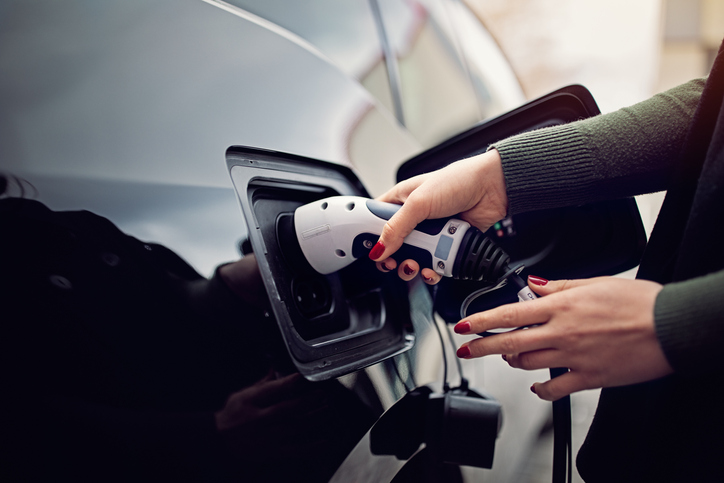 photo by praetorianphoto via iStock

Electric vehicles are also rising in popularity and when considering a diesel vs gas engine, it may be worth it to have a look at this category too. This is because electric motors are even more capable than diesel engines when it comes to torque, and they are also more capable of rapid acceleration. That sluggish feel of a delayed diesel turbo charge is history with an electric engine.

The biggest drawback of an electric vehicle compared to a diesel or gas engine is its range of activity. The battery is bound to run out quicker off-road than on the road, and the reach capacity can fluctuate heavily depending on the trail.

Obviously, during summer, a proper set of solar panels on your roof will help with the range. When taking this truck offroad, you will need an emergency generator to top off your batteries if you get stranded. Also, most car manufacturers have a range/battery upgrade available for the vehicle that may be useful.