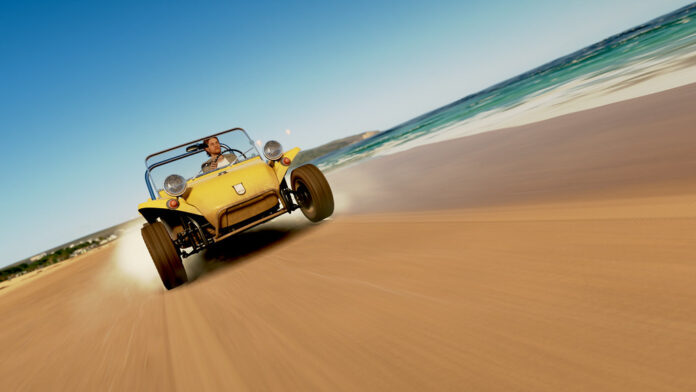 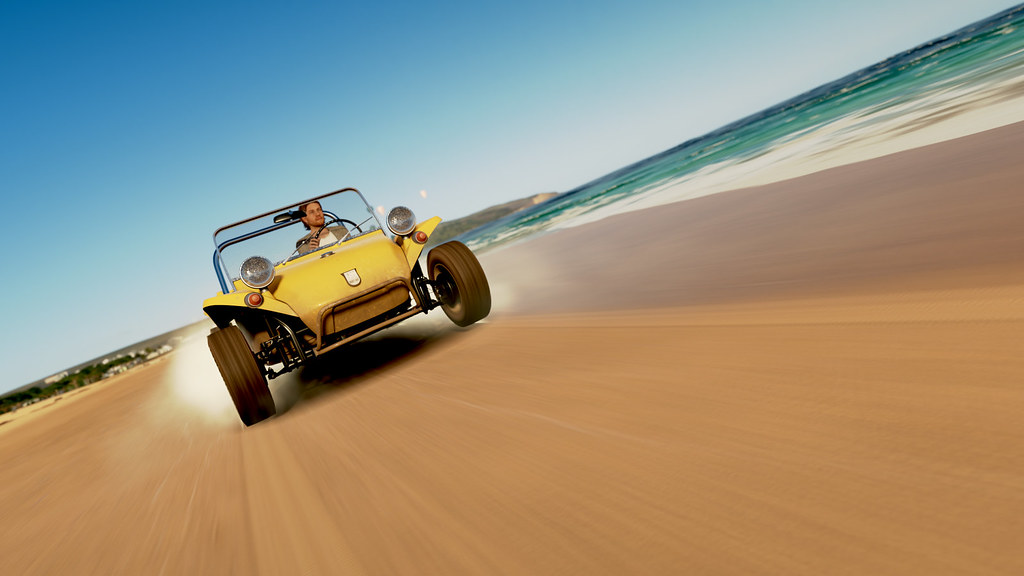 Compared to some other forms of automotive culture, off-roading and Overlanding is a relatively young motoring discipline. Using all-terrain vehicles for fun weekend camping trips to the wilderness started gaining popularity in the ’60s. It has become a kind of phenomenon that is more and more popular every year.

The mainstream car history taught us that Jeep CJ-5s, early Ford Broncos, and International Scouts are the first mass-produced models responsible for this trend’s widespread popularity. This incredible and comprehensive write-up will help you explore Meyers Manx Dune Buggy.

However, although it is true, most historians forget one extremely influential vehicle, which transcendent the limits of the off-road scene and become a full-fledged cultural icon that promoted free-spirited driving and attitude. The Meyers Manx Dune Buggy was a little runabout that was cheap, simple, and immensely fun. It wasn’t produced by a prominent manufacturer, but it was sold and enjoyed worldwide. It was underpowered, but still, it was extremely capable, and what was most impressive of all, it didn’t even have a four-wheel drive.

Iconic Meyers Manx was the brainchild of engineer Bruce F. Meyers. In the early ’60s, Meyers worked as a boat builder and was also known as a vivid surfer. In those days, the boating industry was booming thanks to the widespread use of fiberglass, which allowed constructors to be creative and experiment with various shapes and forms. Having access to technology, Meyers got the idea of making a light, small, extremely maneuverable beach vehicle that could approach places where ordinary cars couldn’t. 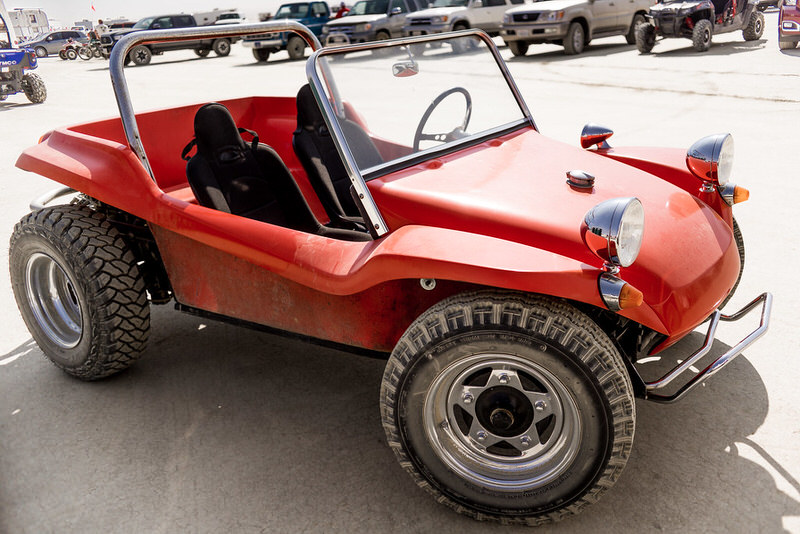 “Meyers Manx” by fe2cruz is licensed under CC BY-NC-SA 2.0

The vehicle needs to be compact in size, affordable, and easy to maintain with a body just big enough for two passengers and two surfboards. His initial design incorporated maritime construction logic with fiberglass body molded as one piece, like the boat’s hull. Of course, he needed an engine and drive train, so, in order to keep things simple and affordable, he used a shortened floor pan of Volkswagen Beetle, the cheapest (and most dependable) cars then sold in America. The curvy design and Beetle’s sturdy chassis proved to be very rigid, which was precisely what Meyers wanted.

The initial prototype phase of the Meyers Manx Dune Buggy started in 1964 when Bruce made 12 pre-production models, while full-scale serial production commenced in 1965. The name “Manx” was chosen because the vehicle resembled the Manx cat, which is known for its extraordinary ability to climb and conquer any terrain. The Beetle mechanics was standard equipment, and except the shortened floor pan, everything else was completely stock. 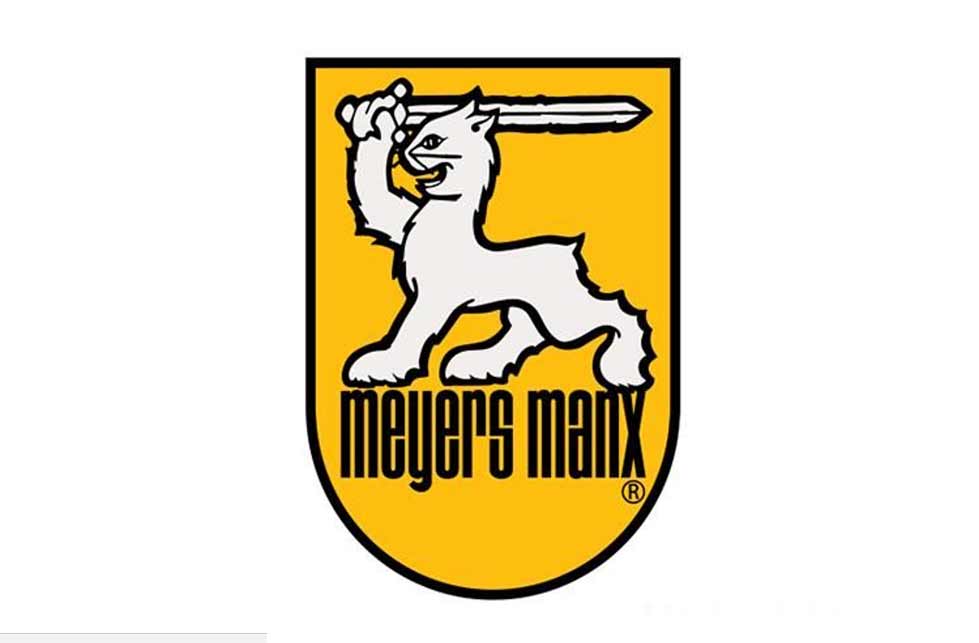 Since Volkswagen used only flat-four engines, at the time, buyers could get Meyers Manx with the choice of 1.2 to 1.6-liter flat-four engines with 40 to 50 hp on tap. Even though the power output was ridiculously low, it weighed around 1300 pounds, significantly improving stock Beetle performance. Also, since the vehicle had an even shorter wheelbase, its maneuverability was legendary, and Manx really behaved like its counterpart from the animal kingdom. 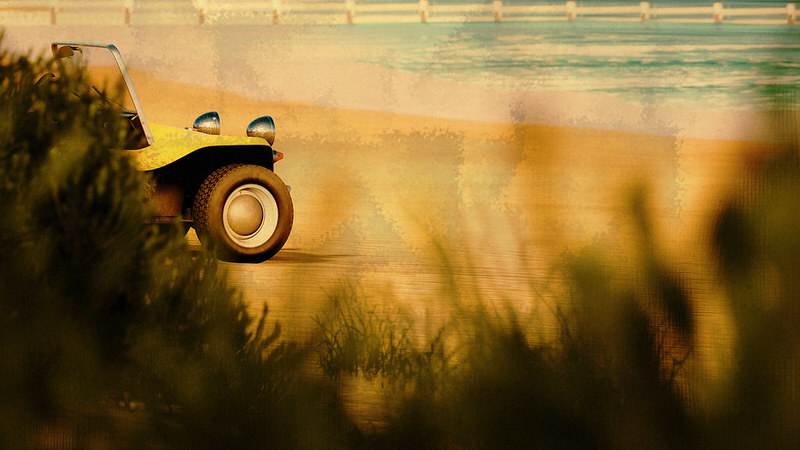 Those very capable dune buggies soon drew the attention of big names in the car business, and 1966 Meyers Manx was featured on the cover of Hot Rod Magazine and other mainstream publications. The unique driving characteristics, extreme off-road capabilities, and cool factor showed that this little beach vehicle was much more than just another custom creation form So Cal garage. Bruce Meyers really captured the essence and created a very usable and fun runabout that perfectly blended in the ’60s surf culture. 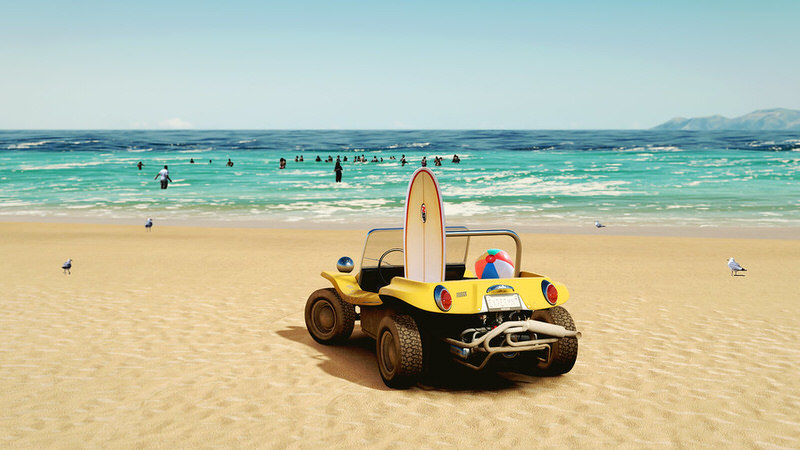 However, in 1967, Meyers Manx shocked the whole off-road community when a specially prepared example won the Baja 1000 event, finishing the first overall and defeating all motorcycles, cars, or trucks. This success showed that this concept has enormous off-road potential, although the four-wheel drive was not part of the package.

Although Bruce Meyers’ company was successful, it is estimated that over 6000 examples were built until 1971, it was also plagued with copyright problems. Simply, since the construction was so simple, it was no wonder that numerous other companies copied his idea and design. By the late ’60s, Meyers was involved in several lawsuits and ultimately lost, making the market flooded with countless similar models. This was the main reason why the original Bruce Meyers Manx was discontinued in 1971.

The Buggy in Hollywood

It is no secret that a big part of the Meyers Manx’s appeal was the fact it was promoted by some of Hollywood’s biggest stars of the period. It was featured in numerous movies and TV shows, driven by Elvis Presly and several other notable musicians, like Jimi Hendrix. It was also very common as a diecast model and even featured in cartoons and computer games. However, the most memorable is the legendary scene from “Thomas Crown Affair,” in which Steve McQueen enthusiastically drives orange Meyers Manx with a Chevrolet Corvair’s flat-six engine on the beach.

The Legacy of the Meyers Manx

Even though the original Meyers Manx was sold for just six years, its legacy on off-road culture was immense. Not only in the sheer number of similar models that have been built and driven all over the world but in fact, it influenced generations of off-road enthusiasts showing them that you don’t have to own an expensive four-wheel-drive vehicle to enjoy driving on the sand or trail thoroughly.

The dune buggy concept opened the doors to more extreme, modern designs, which really pushed the envelope in terms of performance and technology. Still, regardless of how advanced contemporary examples are, they own everything to affordable and straightforward Meyers Manx, which you could assemble in your garage over the weekend.

Share
Facebook
Twitter
Previous article The New Defender is a Capable Off-Roader – But Can It Be a Good Overlander?
Next article 9 Best Fire-Starting Kits Worth Having