Lithium vs AGM Batteries for Overlanding 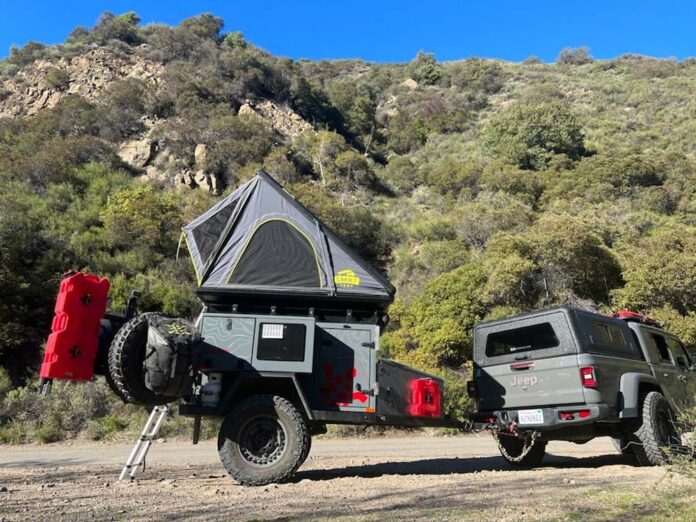 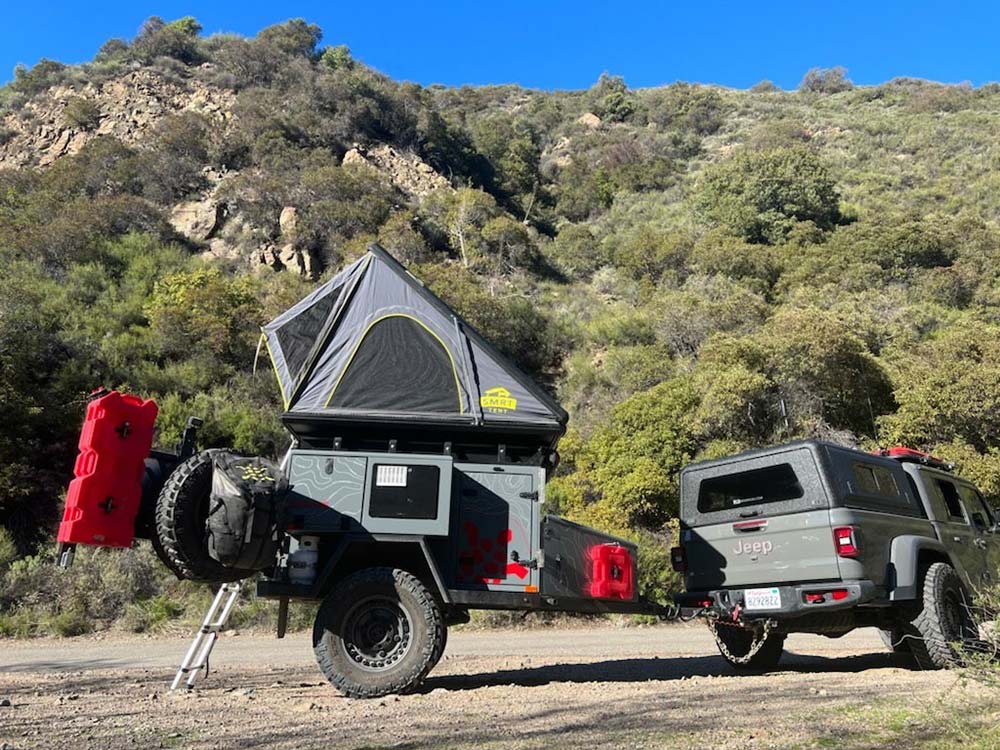 It’s a great debate in the overlanding community: lithium vs AGM batteries.

On the one hand, you have more modern technology in lithium batteries that make them more attractive, especially for power-hungry trailers. Yet, that technology comes at a price.

On the other hand, AGM batteries cost far less per battery and are a tried-and-true technology that overlanding enthusiasts have relied upon for years and years.

When I got my Turtleback Expedition Trailer a couple of years back, it came with two 100Ah AGM batteries. But as I explain in the video above, I’ve upgraded the trailer with two 100Ah lithium batteries.

Since I’ve used both types of batteries for my overlanding adventures, that puts me in a unique position to discuss how each type performs in real-world situations.

So, with that, let’s get to the lithium vs AGM battery debate! 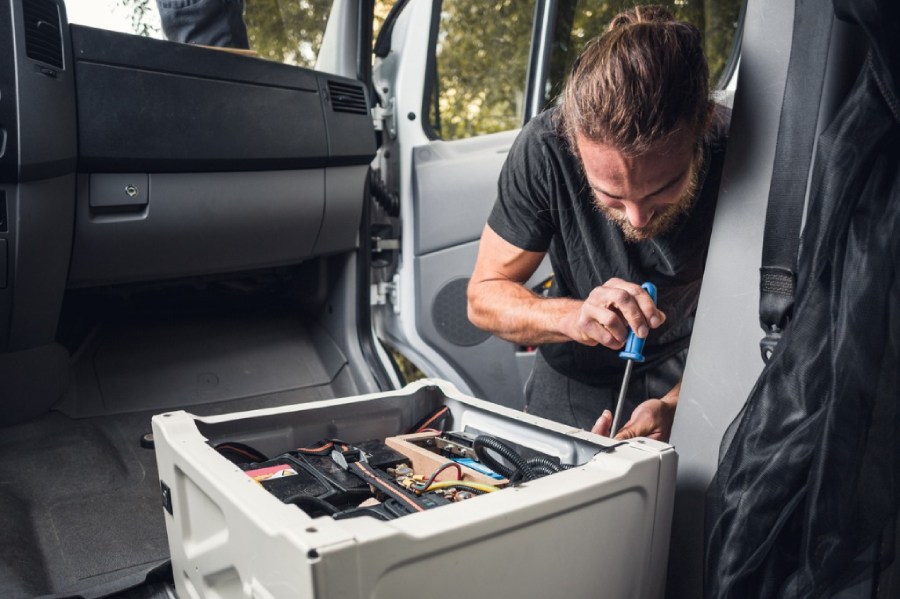 As I discuss in the video above, AGM batteries might be older technology, but they still offer plenty of benefits that make them a smart investment for some applications. The key word here is “some.”

For example, if you’re on a tight budget and need new batteries, AGMs are the way to go. Their upfront cost is far less than lithium batteries, so you can upgrade your current ones with brand-new ones for a fraction of the cost.

Another benefit of AGMs is that they come in all sorts of shapes and sizes. If your rig has an awkward battery compartment and you need a battery with specific dimensions, you might have better luck with AGMs. 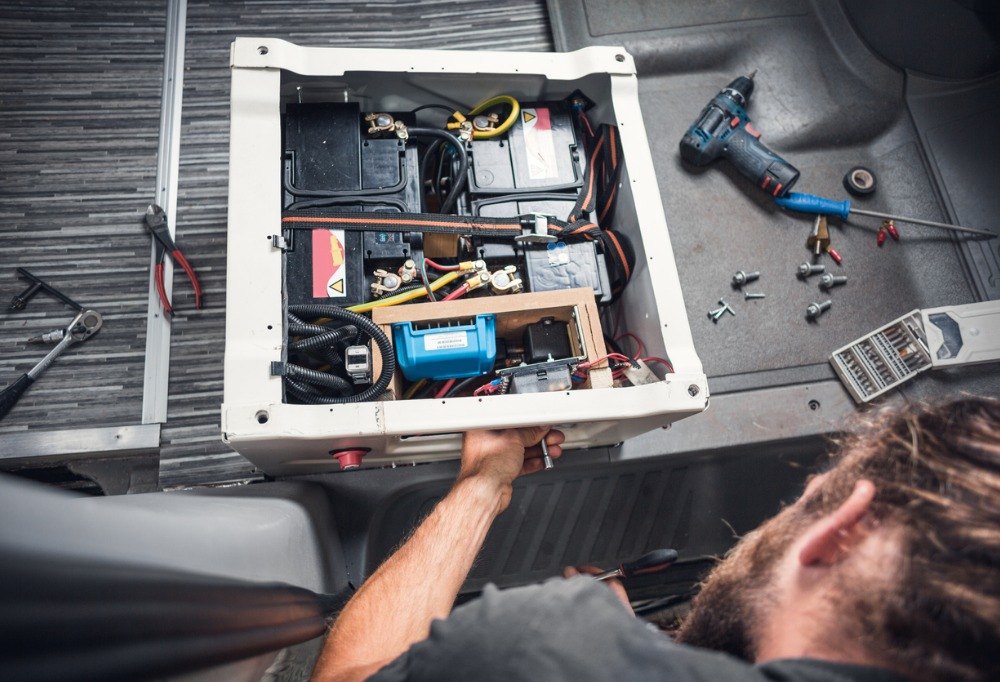 There are, however, many disadvantages to AGMs that might make you think twice about investing in them for your rig.

A related problem to this depth of discharge issue is that you have to add more batteries to your rig to get the capacity you need. In my old setup with two 100Ah AGMs, I only had 100Ah of juice since each one really only mustered 50Ah of power. Adding more batteries not only adds to the weight of your rig and takes up space, but it also negates the budgetary advantage of AGMs.

A final disadvantage that’s worth mentioning is how much AGM batteries weigh. Lithium batteries aren’t what I’d classify as light, either, but AGMs tip the scales at about 60 pounds, so you’re adding tons of weight to your rig with these things.

The disadvantages of AGM batteries are the advantages of lithium batteries. For example, one of the biggest problems with AGMs is their depth of discharge. While AGMs muster about 50 percent, you can run a lithium battery like my new 100Ah Ultimatron batteries (shown above) all the way to zero without issue. Granted, doing so limits the longevity of a lithium battery, but since you begin with far more cycles (e.g., about 5,000 cycles compared to 900-1,000 for typical AGMs), you can afford to run these batteries down to zero in a pinch.

Power output from lithium batteries is also a distinct advantage. You can run devices that draw more amps with lithiums (like kitchen appliances and air conditioning), so if your rig has gear that needs a lot of power, lithium batteries are for you. 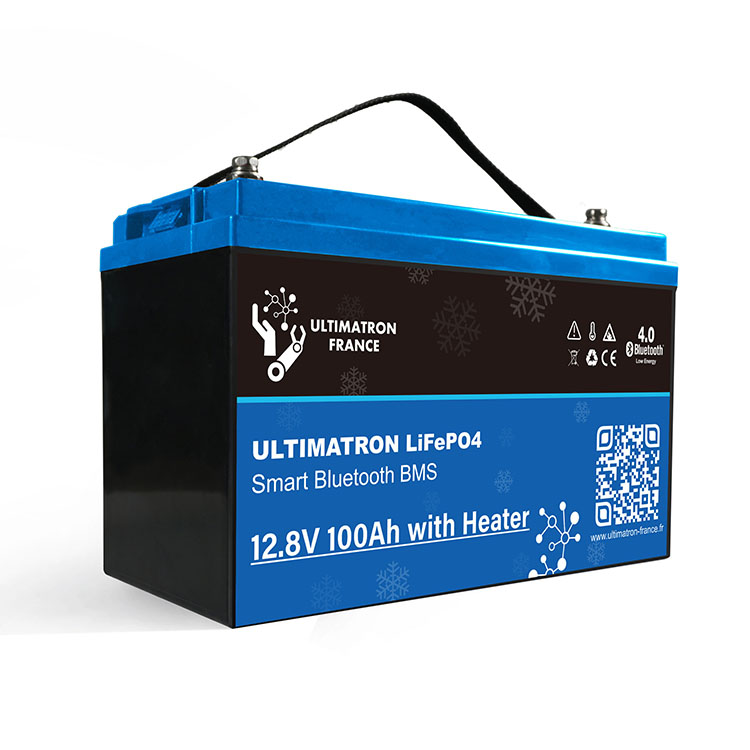 Not only does the lighter weight construction make it easier to maneuver these batteries when installing them, but it also means your overlanding rig has less weight to carry around. What’s more, lithium batteries are usually smaller than AGMs, so you can be more creative regarding where you install them in your trailer.

My Ultimatron batteries have other advantages, too. For example, there’s a built-in heater and the unit comes with a five-year warranty to give you peace of mind. Not bad!

Really, the only disadvantage that I’ve found with lithium batteries is their upfront cost. My Ultimatron 100Ah batteries retail for just under $1,300 each, so the price tag is not small.

This spares you the ongoing expense of replacing dead AGMs over the years, so ultimately, lithiums are no more expensive. The only difference is that you pay much more upfront for lithiums versus smaller and repeated expenses over the years with AGMs.

So, Which Battery is Best? 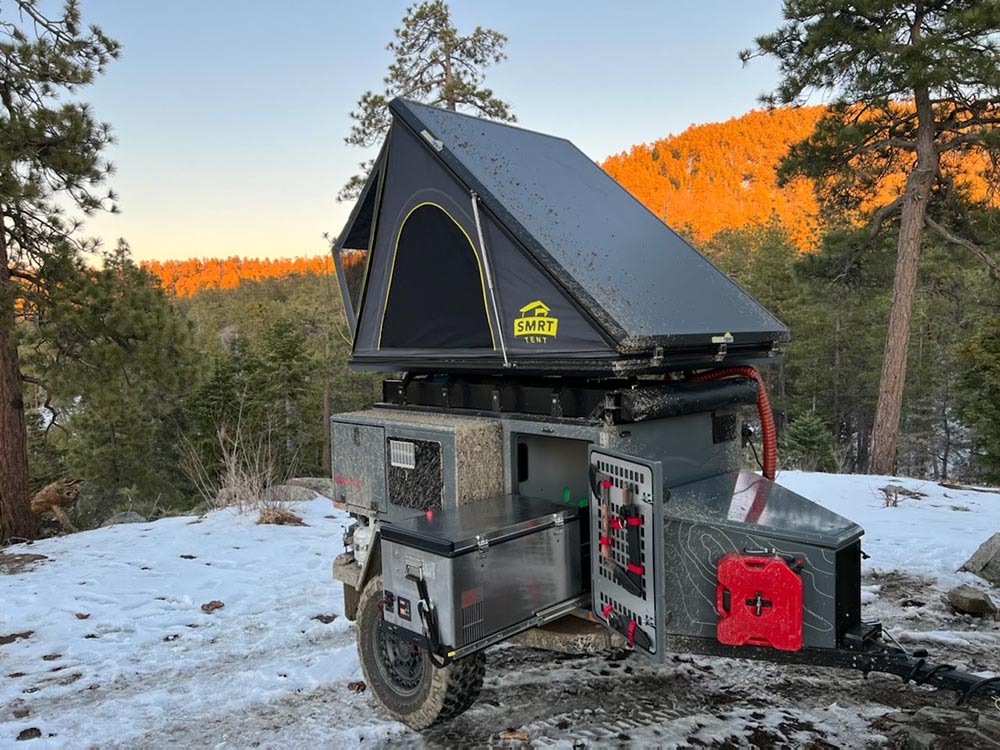 Ultimately, every overlanding setup is different, and every person has different needs, so the answer to the “which battery is best” question is that it depends.

Like I said earlier, if you’re on a tight budget, AGMs might be the better option. If you don’t camp that often or don’t have tremendous power needs, an AGM battery might be all you need – there’s no sense in overbuying if you don’t need it!

But, if you’re like me and you do a lot of camping, overlanding, and off-roading, you might consider lithium batteries for your rig. When you spend multiple days off-grid with no shore power, having the greater capacity and depth of discharge of lithiums is a Godsend. Likewise, you can charge lithiums much faster, so if you’re moving from Point A to Point B, you can top off the batteries while you drive.

My original AGM batteries worked fine, but I felt an upgrade to lithiums was crucial for my specific needs and wants. If you find yourself in the same boat, give Ultimatron batteries a good, long look. These batteries have been everything I want and more, and I’m confident you’ll find them to be every bit as functional and reliable in your rig as they’ve been in mine!