Can Only Afford Front or Rear Lockers? Here’s Which One To Go For 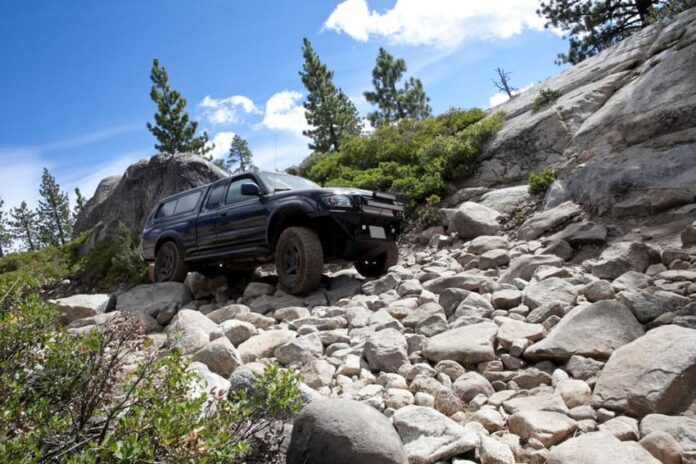 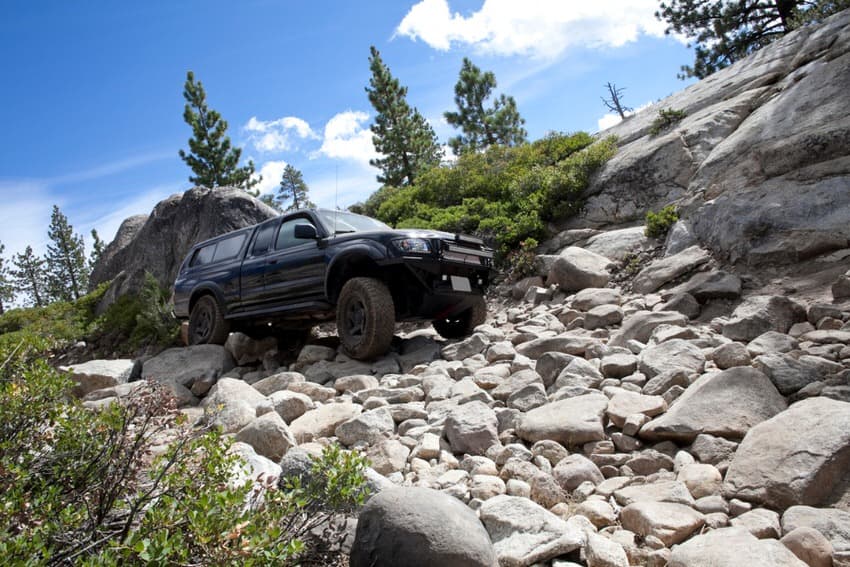 Photo by initialsphoto via iStock

It goes without saying that if you can afford to lock both axles of your truck then that’s what you should do. Nothing beats a twin locked rig. But what about us who will struggle finding a few thousand dollars to spend on lockers?

Well, the obvious answer would be to lock just one of the two axles.

The front vs rear locker debate has been going on for a bit too long. But why? I find choosing between the two obvious. However, there are benefits to both and that is exactly what we are discussing today.

Generally speaking, one front and one rear wheel are always on the ground when off-roading (unless you like to send, in which case lockers won’t help – a trophy truck is suggested). So, great amounts of traction will be gained from just a rear or front locker. 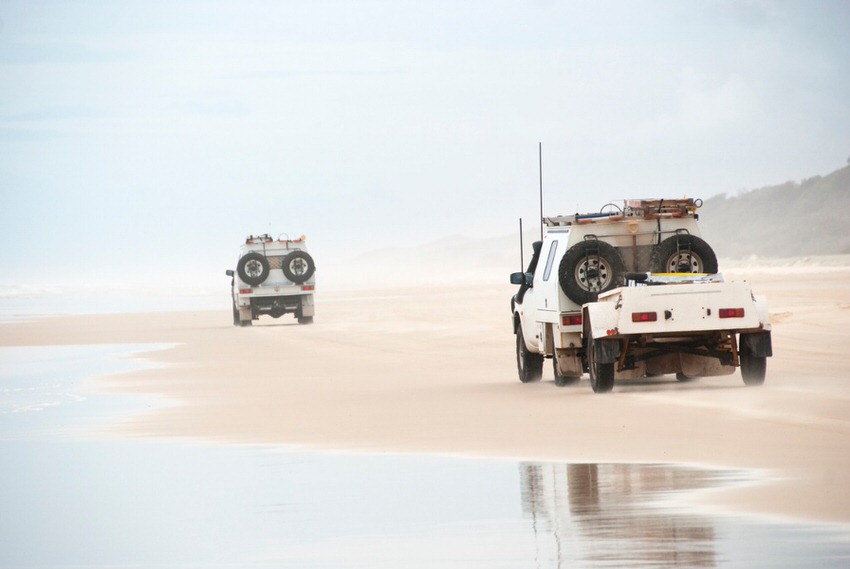 Photo by KonArt via iStock

The axle that carries the most weight tends to have more traction; therefore, a vehicle that is heavily loaded on the back will benefit more from a rear locker.

Similarly, if you drive a pickup truck that is unloaded most of the time, the majority of the weight will be located up front. Thus, a front locker will provide more grip. Getting front or rear lockers depends on your vehicle setup.

Driving Up and Down Steep Hills 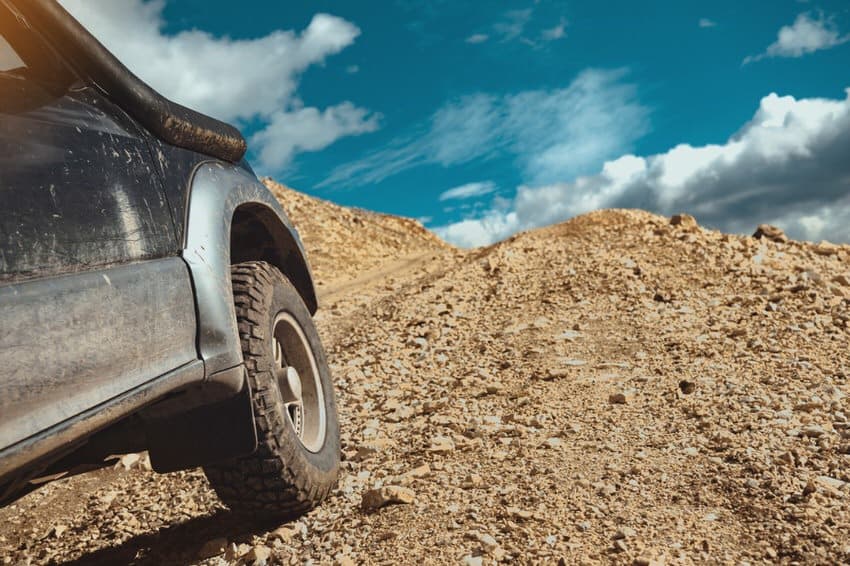 Photo by molchanovdmitry  via iStock

Uphill inclines shift the weight of the vehicle to the back and as mentioned above that will provide more traction to the rear axle.

Now, I know what you’re thinking, coming back down will be where the front locker will shine.

That is not the case, when descending a steep hill, a vehicle with open diffs can end up sliding as power transfers from one wheel to the other. A rear locker will ensure both wheels receive the same amount of power; therefore, keeping the truck straight.

A front locker on steep descents might make things worse because steering will become heavy (more on that below). 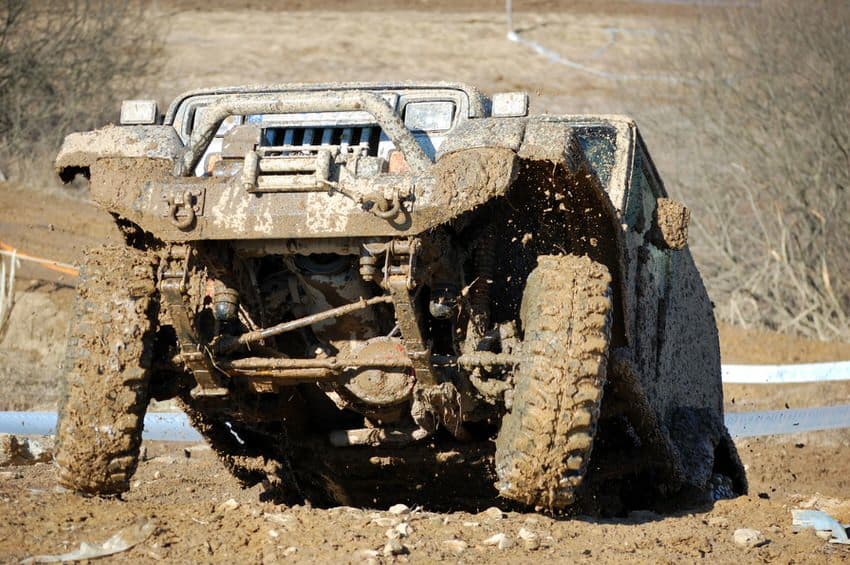 Photo by tiborgartner via iStock

Imagine having to drive up a steep hill that has a turn in the middle of the climb, if you only have a front locker you will struggle to make the turn. A rear-locked vehicle will have no issues. 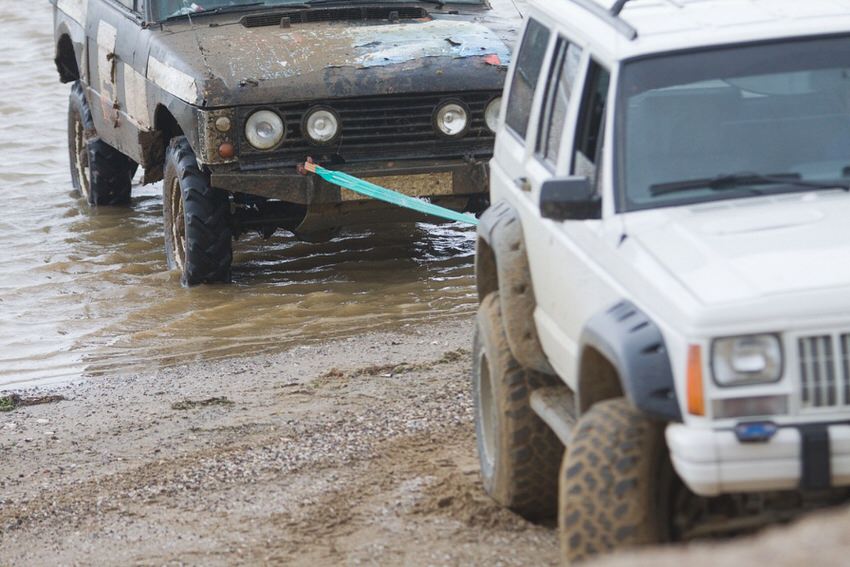 Photo by ayzek via iStock

Rear differentials are usually bigger than fronts (not always the case). A locker will double the amount of traction available; therefore, the forces going through your diff will increase.

If you are going to lock just one axle, doing it on the strongest one might be the best option.

The fact that when locking your vehicle, more strain is put on the differential might sound bad.

However, a locker will greatly decrease the speed you tackle difficult terrain. So, while it may put more stress on your diffs, your driving will be far smoother. A diff locker will most times prolong the life of your rig and not shorten it. This is something to think about as you consider front or rear lockers. 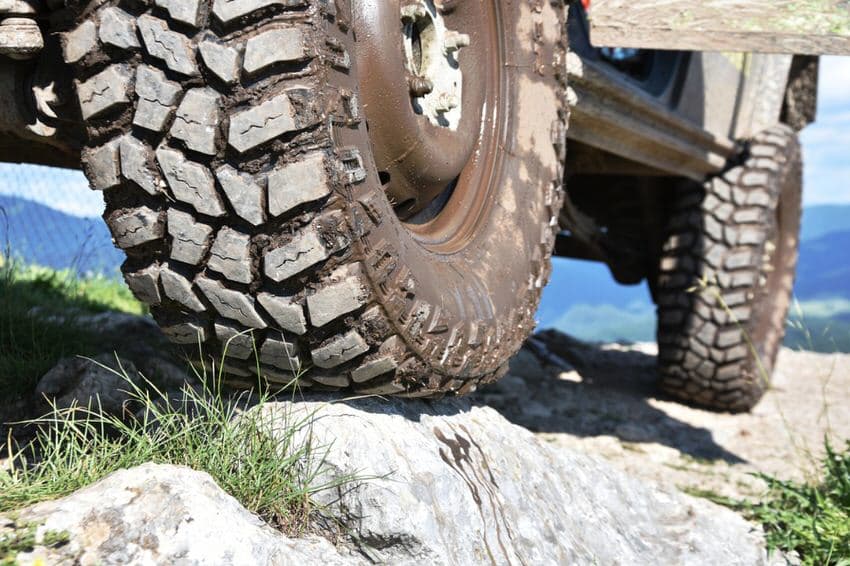 Photo by Didi_Lavchieva via iStock

Your front wheels will be the ones to get over the crest of a rock step first – unless you drive backwards – which will make you look weird. Anyhow, a steep surface will offer far less traction than a level one.

When the front wheels crest that step, they will have more traction; therefore, in this situation, a front locker may just be enough to pull the rest of the vehicle over the obstacle. 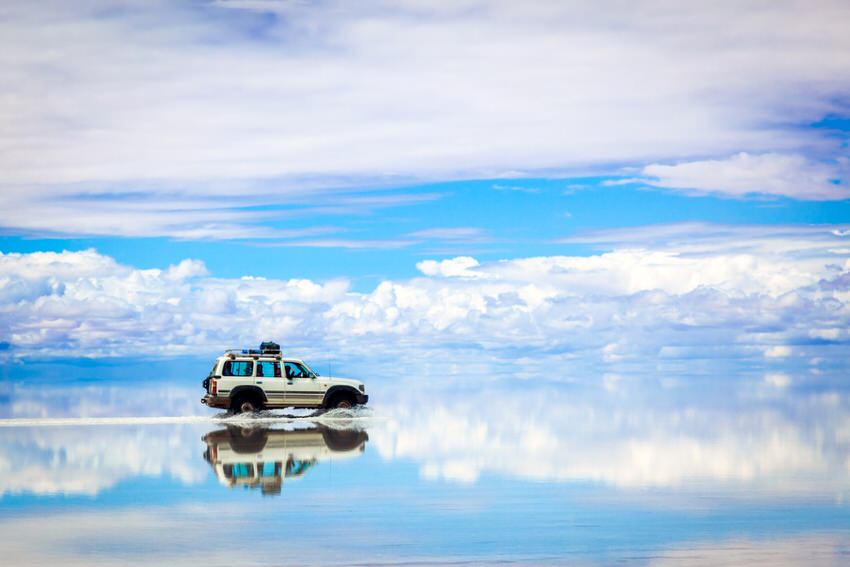 Photo by Onfokus via iStock

You may think that both lockers cost the same – and you are right. However, the labor involved in installing a front locker on an IFS (independent front suspension) vehicle is far greater than the rear.

Hence, if you are on a tight budget and you have an IFS vehicle go for the rear one! This is a no-brainer in the front or rear lockers debate!

Which One Should You Go For? Front or Rear Lockers? 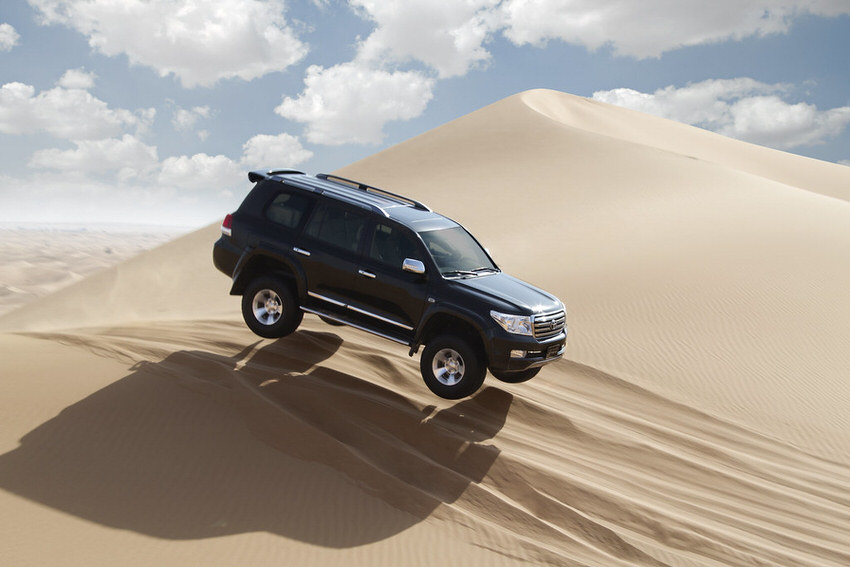 “Arctic Trucks in the desert” by Toyota UK is licensed under CC BY-NC-ND 2.0

Most times, the argument relies on the fact that some trucks have a limited-slip differential (LSD) in the rear. Thus, locking the front seems obvious.

The truth is that LSDs are nowhere near as effective as a proper locker. Granted, on some vehicles, they do perform well – but still, you will be far better off with a locker.

My truck came fitted from the factory with a rear locker and I use it most of the time I am out off-roading.

People who run twin locked trucks regularly mention that 80% of the time they solely use the rear locker. Both lockers come on only for those very steep climbs with big steps and ruts.

I would suggest going for just the rear locker, that is what all vehicles that come equipped from the factory with a second diff locker other than the center one have.

Car manufacturers know what they are doing. If just a front locker was more effective, that is what the vehicles would have been equipped with.

What is your personal opinion? Do you prefer a front or a rear locked vehicle? Let us know down below!

A Beginner’s Guide to Nude Camping