We all know what a Toyota Tundra is, so I am not going to bore you with some special intro to the vehicle. The gist of the story is that as expected, the Tundra has been a victim of the downsizing trend and has now lost its thumping V8.

I guess we could be optimistic and say that because of this, two polar bears have been saved and the whole world won’t go underwater due to the meltdown of glaciers. But sacrificing a V8 isn’t worth the gains.

Obviously, I am joking here; so, let’s have a proper look at some interesting features the new Tundra has and what is hidden under the hood.

The design of the new vehicle may be controversial. The huge grill certainly follows the new habits of Lexus and BMW, but I would say it’s a welcome update. Approach angles don’t look great, but they may be rectified with aftermarket bumpers.

The TRD Pro incorporates a light bar in the grill which is good use of the space upfront.

The vehicle comes in the Toyota Crewmax form which basically means it has full-sized front and rear doors that can be combined with a 5.5 foot or a 6.5-foot bed.

The new Toyota Tundra TRD Pro will only come with one engine dubbed the I-force max. Sounds fancy doesn’t it? Well, it’s kind of the same old story – a downsized 3.5 liter twin-turbo V6 paired with an electric motor. When combined, the EV motor and gas engine produce an impressive 437 hp and 583lb-ft.

The base models of the vehicle will come equipped with the same engine but won’t have the added power of the electric motor. Horsepower and torque for these models is 389 and 479 lb-ft.

The power goes to the wheels through a 10-speed automatic.

It will be interesting to see how this setup does in terms of reliability as Tundras are vehicles that get hard usage off-road and towing. 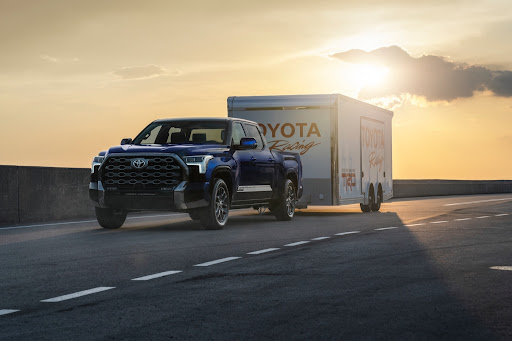 A hefty 12,000 pounds is the towing rating for the new Tundra, and while it may not be the highest number in the competition, it certainly is good enough.

The increase in payload is largely down to the airbag system at the back. A great thing to have for towing but a not so good one for reliability.

The good thing is that it can be optioned with other suspension setups such as FOX shocks; therefore, if you want to go for a simpler and more off-road capable setup, you can. 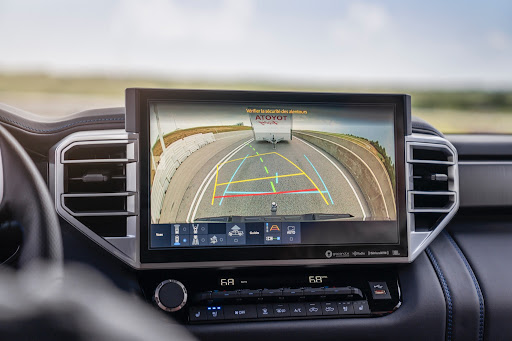 The interior of the Tundra is also new. The most interesting feature is the 14-inch infotainment screen. It is simple to use, responsive, and features great graphics. Apple car play and Android Auto are incorporated.

The best part is that most trim levels of the truck will be getting this screen.

So, the new Toyota Tundra is in many ways a welcome update to the old one. As is the case with most vehicles though, it has gotten more complicated and is pushing more power out of a smaller engine.

As time progresses and these trucks are used and abused, we will be able to tell whether the new systems are adequate for remote adventures. For now, I think we must stick to the older models.

Share
Facebook
Twitter
Previous article
What Are Remolded Tires, and Should You Fit Them to Your 4WD?
Next article
Is the 2022 Tundra Suitable for Remote Travel?