Best Places to Camp in Arizona 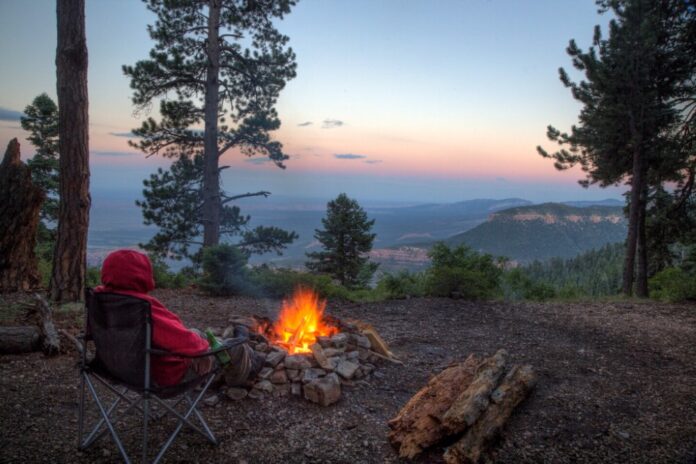 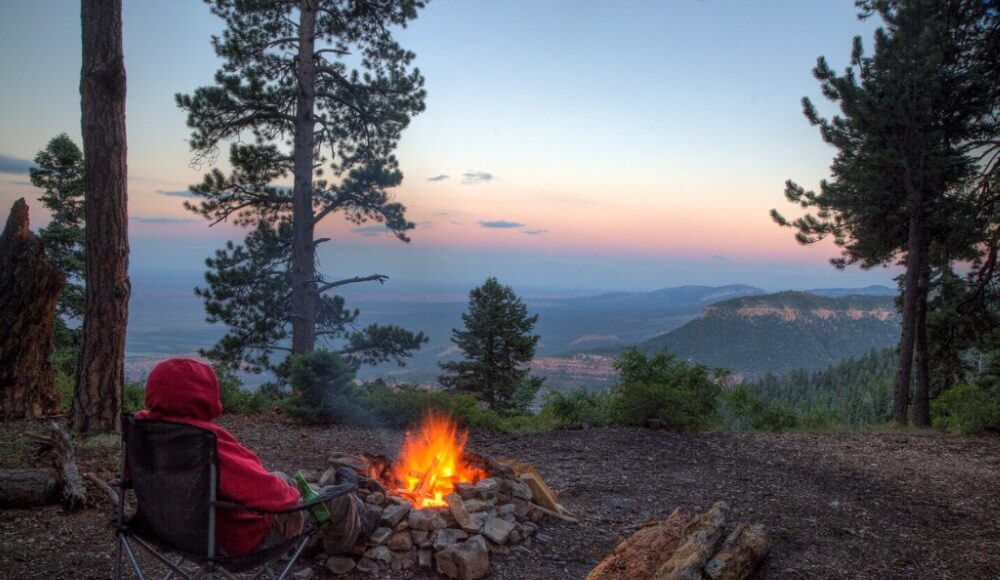 photo by MichaelJust via iStock

If you’re looking for the best places to camp in Arizona, you’ve come to the right place. I have extensive experience camping all over Arizona and I also am of the firm belief that Arizona is one of the most overlooked places to camp because so much of the state is so warm for a good portion of the year.

To combat this problem in compiling this list, I’ve only named a few best Arizona campsites that are located in the desert, the rest of them are located in the forests which line the Arizona/Utah border or the incredibly high mountains in the south of the state near the Mexican border.

It’s also important to note here that while I’m going to be listing a number of actual campgrounds for you, dispersed camping in Arizona is legal along almost every state and forest road and building your own campsite is oftentimes way more exciting. 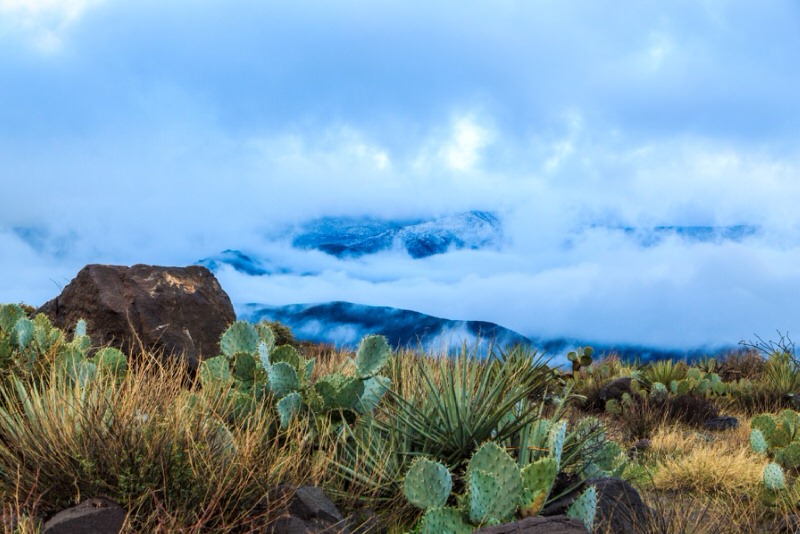 photo by DGHayes via iStock

One of the best campgrounds in Arizona also happens to be one of the most difficult to get to. If you drive about 2.5 hours north from Phoenix, you’ll eventually hit the Mogollon Rim, which is a 200-mile long plateau that stands 2,000 feet above the Arizona landscape below.

Most of the Mogollon Rim is pine forest. There are also dozens of lakes scattered across the rim. Since it is so large, it is incredibly easy to get lost on the forest roads that scatter the area, and cell phone reception is going to be spotty, so make sure that you know where you’re going and know the quickest way to the rim for reception.

One of my favorite campsites along the Rim is Knoll Lake. Knoll Lake is the lesser known sister lake to Woods Canyon Lake.

Knoll Lake allows non-motorized boats, but doesn’t have a boating rental spot. You’ll have to go to Woods Canyon for rentals.

Knoll Lake also offers some of the best dispersed camping in Arizona. Or, if you’re looking for something a little more formal, you can book a spot at Knoll Lake Campground. It’ll cost you $20 per night for a spot with up to 8 people, or $40 for a spot with up to 16. Knoll Lake Campground is one of the best forest service campgrounds in Arizona specifically because of the hosts, who are so welcoming and have been at the site every year for decades.

This spot offers vault toilets and potable water, as well as trash service.

Importantly, all you’ll find for miles around Knoll Lake are roads that are perfect for off roading. So, be careful going on weekends during the busy season in June and July. You may just get run over. 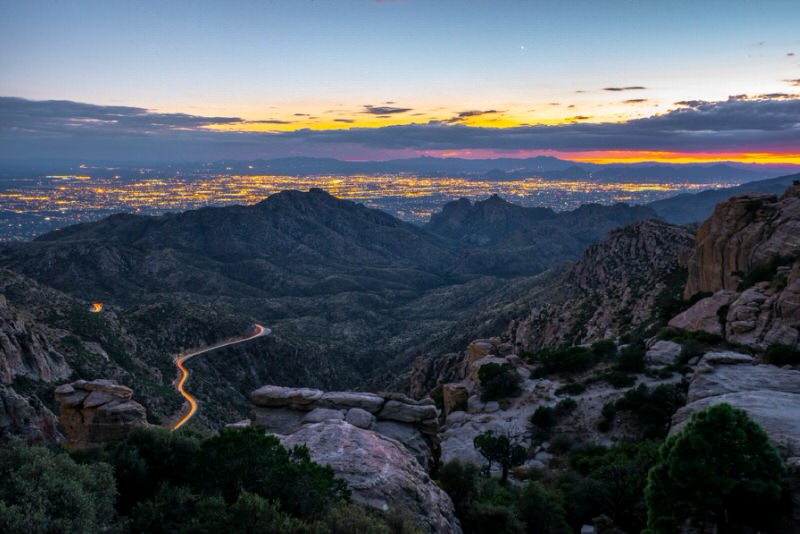 photo by 4kodiak via iStock

Another one of the best places to camp in Arizona is anywhere on Mt. Lemmon. Mt. Lemmon is located about a twenty minute drive from downtown Tucson, or an 1.5 drive if you’re trying to get all the way up it.

Mt. Lemmon features all sorts of outdoor activities, like skiing in the winter at Ski Valley, visiting the SkyCenter Observatory, and hiking dozens of trails to waterfalls and other beautiful scenery.

But, it also features camping and plenty of it.

If you’re visiting Mt. Lemmon during the winter or spring, you’ll have to camp at a campground that is lower to the base of the mountain, like the Molino Basin Campground which costs $20 per day. It doesn’t have any hookups, but you can bring your RV to this site.

If you’re visiting during the summer, though, you have a much wider range of campgrounds to choose from. For instance, you can go with the plush and amenable Rose Canyon Campground for $22 per night (RVs welcome), or you can make your own way at one of the free designated campsites, like Bear Wallow or Radio Ridge. 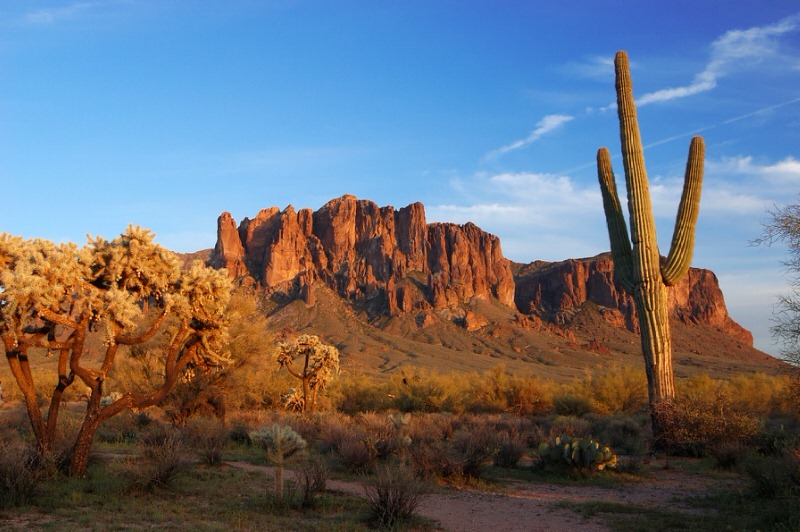 photo by groveb via iStock

If I haven’t mentioned it before, one of my favorite movies growing up was Raising Arizona and I always loved the long scenes of the Superstition Mountains in the film.

As it just so happens, the Lost Dutchman State Park, which is where the Superstition Mountains are located, is one of the best places to camp in Arizona and one of my all time favorites.

The campsite at Lost Dutchman features 138 sites, 68 of which have electricity and water. All of them welcome RV campers and tent campers alike. This site will cost you $5.

You’ll be able to hike the hundreds of trails through the Superstition Mountains while you’re here, many of which are so secluded you will feel like you’re on another planet.

If you have a fussy camper going with you, then I also recommend the Lost Dutchman Cabins, which are located right by the campground. They can house up to 6 people and typically cost under $100 per night. 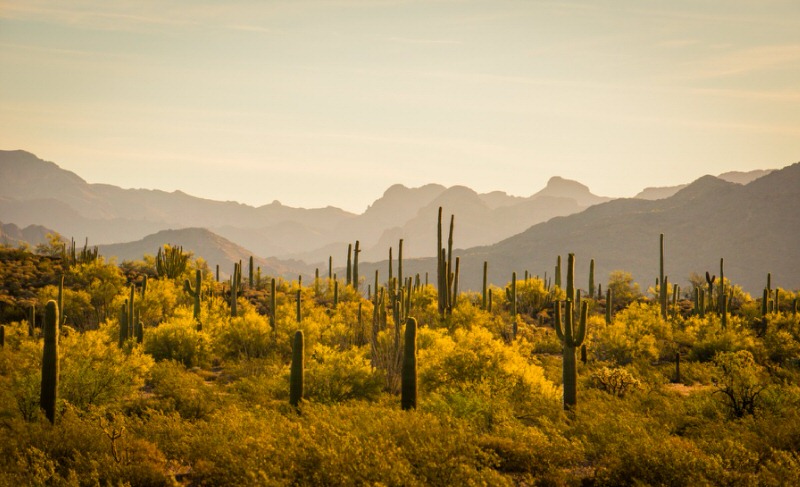 photo by Arochester13 via iStock

The Organ Pipe Cactus National Monument is not only one of the best places to camp in Arizona, but it’s also home to some of the most unique flora and fauna in the state.

In fact, there’s an international biosphere reserve located in the park.

When it comes to camping here, please keep in mind that most of the campsites in the park are closed until autumn, since the weather can get incredibly hot over the summer months.

If you’re looking for the best places to camp in Arizona on a primitive scale, try the Alamo Campground, which only hosts 4 tents at a time for $12 each. Of course, you can go more primitive if you choose, and do some backcountry camping instead for a $5 permit.

If you need something with a few more amenities, try the Twin Peaks campground which has almost 200 RV sites. Twin Peaks will cost you $20 per night. 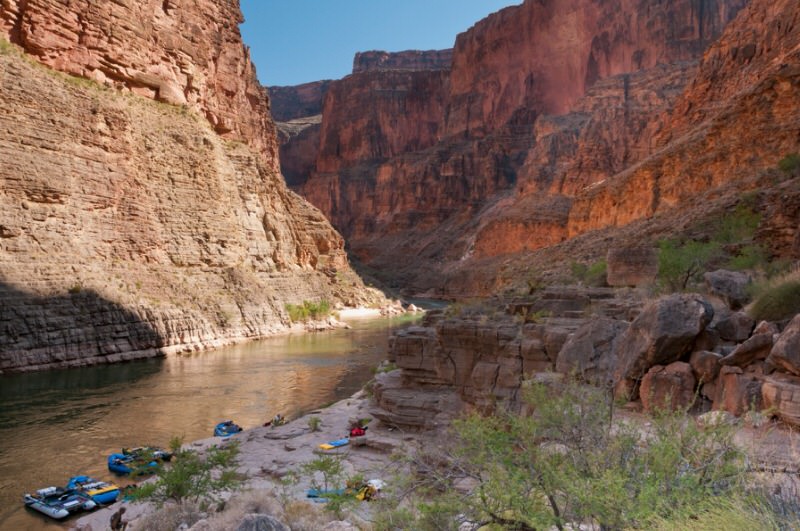 photo by IlexImage via iStock

I can’t write an article about the best places to camp in Arizona and not mention the Grand Canyon at least once.

There are 4 developed campgrounds in the Grand Canyon park. Most of these are located on the south rim, which is much more accessible during all parts of the year. However, if you can swing it, I highly recommend a visit to the North Rim Campground which is open during the summer months and which is far less busy than any of the other campgrounds.

With that, you have five of the best places to camp in Arizona. Don’t let the heat worry you! Pack up, head to Arizona, and have a great time at any of these campgrounds.