3 Features That Will Make Your Truck an Off-Road Beast 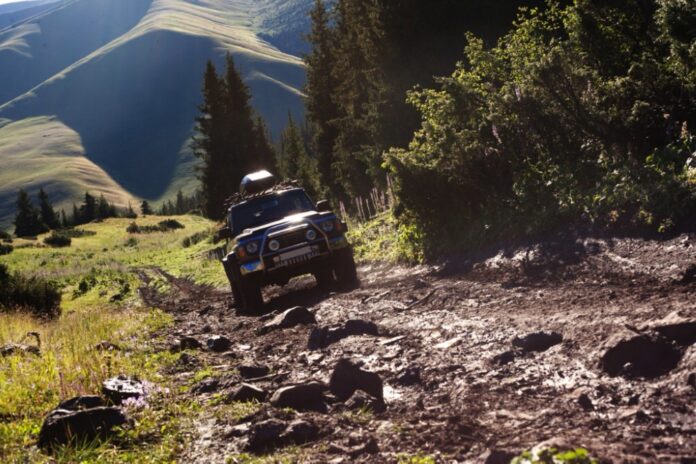 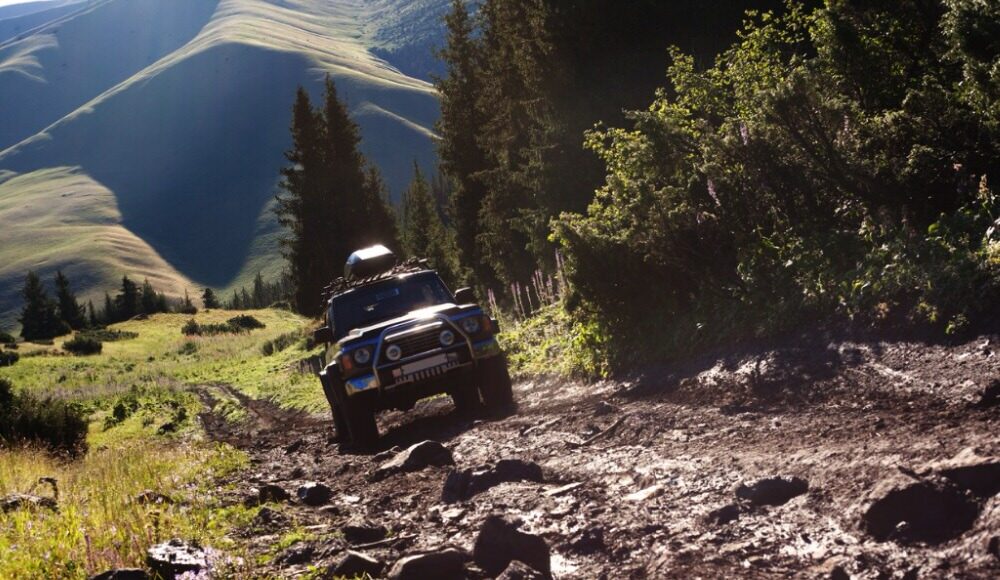 photo by Petrichuk via iStock

I know when some people hear the term “off-roading” that images of lifted trucks with giant tires plowing through a mud bog come to mind.

And while this is certainly an off-road pursuit, there is much more to off-roading than lifts and big tires and mud.

In fact, I’d argue that for most of us, off-roading has very little to do with those things. Sure, we might have lifts and bigger tires on our rigs, but in all likelihood, most of us aren’t off-roading in a monster truck.

So the question is, what features will make a truck an off-road beast? Let’s find out…

Gearing is Essential to Build an Off-Road Beast 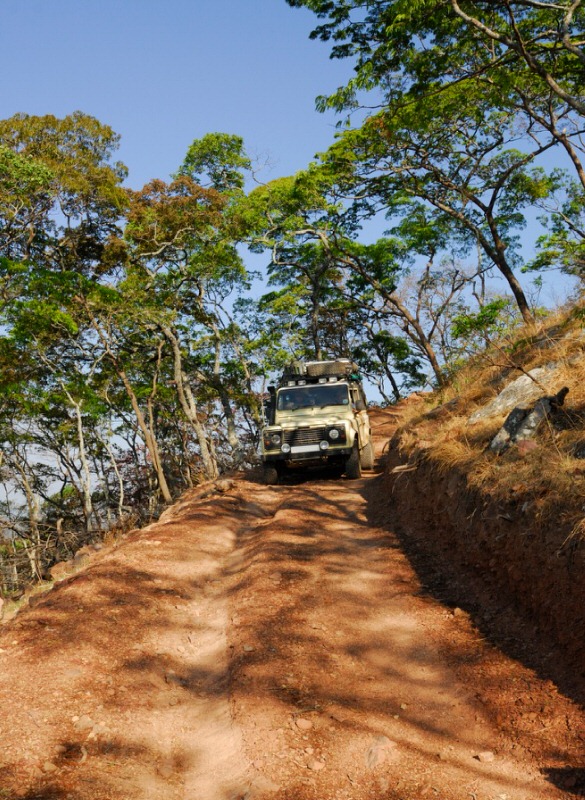 photo by RollingEarth via iStock

When you see an off-roader ascending or descending a steep incline like above, they do so safely and in a controlled manner because they have very low gearing. In fact, the best off-roaders have low gears and a low-range transfer case that enables you to easily engage those lower gears when needed.

By using lower gears, you put the engine in charge of controlling your descent speed. It uses the engine as a brake, so you don’t have to rely on your actual brakes to maintain a safe speed. Additionally, without using your brakes, the suspension doesn’t dive, so all four wheels maintain optimal traction.

So, if you want to build an off-road beast, invest in low gears. The higher the crawl ratio, the better your rig will be able to handle those steep inclines and declines.

The Right Tires Will Make Your Truck an Off-Road Beast 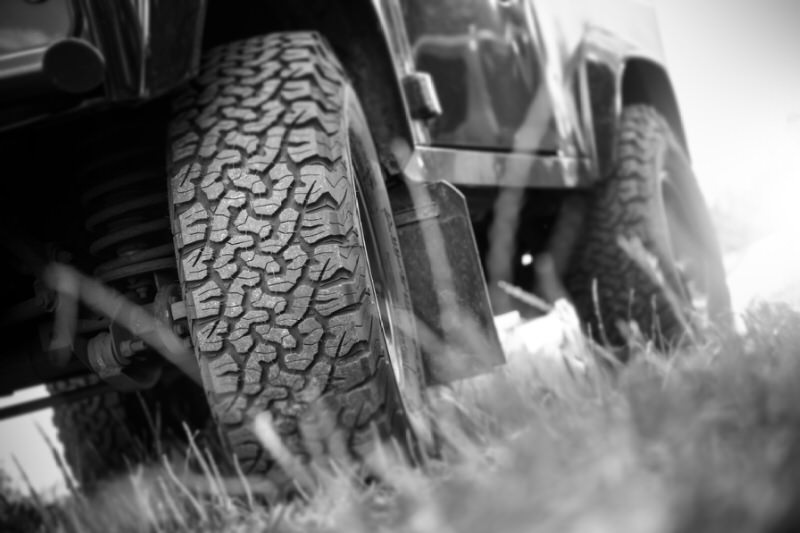 photo by deepblue4you via iStock

Off-roading means driving on surfaces with limited traction, which means you need to invest in the right tires to maximize your truck’s traction.

Honestly, there really is nothing more important for off-roading than a good set of tires. Whether you’re in the all-terrain or the mud-terrain camp, a good set of tires will be able to grab onto surfaces like mud, sand, and rocks and give your rig as much traction as possible. Not only that, but good tires will assist in cornering and braking too, which makes them an even more important investment.

The pickle here is that if you ask a group of off-roading enthusiasts what the best tires are, you likely won’t get a consensus. Folks get in with a certain brand and swear by them, while other folks do the same with a different brand.

Having said that, BF Goodrich All-Terrain Ko2s are pretty universally accepted as a kick-ass tire. If you need to upgrade the rubber on your full-size rig, give these strong consideration for turning your truck into an off-road beast. 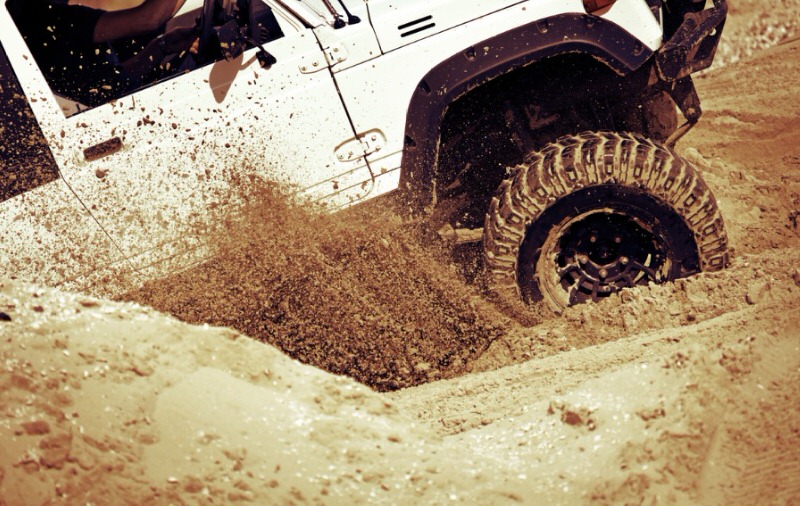 photo by Lorado via iStock

But there will be times when you get stuck because your rig doesn’t have the clearances to make it over an obstacle.

To mitigate this problem, you need to find ways to improve your truck’s approach angle, breakover angle, and departure angle. Notice that ground clearance is not on the list. That’s because ground clearance is virtually irrelevant. It isn’t the stuff you drive over that gets you stuck – it’s the stuff your truck has to climb up, over, and back down that gets you stuck, thus the importance of the three angles mentioned above. 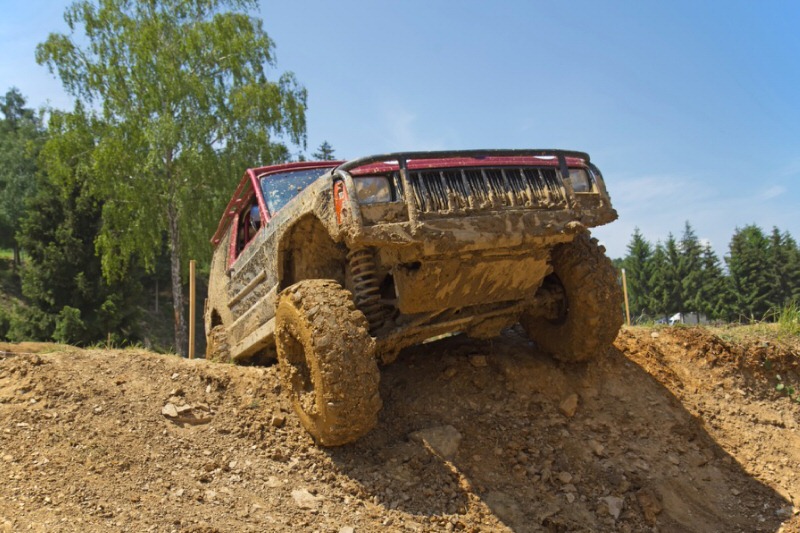 photo by Jaroslav Frank via iStock

So, how do you maximize those clearances? There’s a few options…

On the one hand, you might remove body features on your truck, like the factory bumpers, and replace them with aftermarket bumpers that allow for a greater approach and departure angle. On the other hand, you can fit your truck with bigger tires and a higher suspension. Either way, you’ll improve the angles of approach, breakover, and departure, which will help minimize the chances that you get stuck.

Of course, some vehicles naturally have better approach, breakover, and departure angles than others. A Land Rover Defender, for example, will beat out a quad cab long bed truck anyday because it has a much shorter wheelbase and thus has a much better breakover angle.

So, replace parts as needed, get bigger tires, and lift your truck to improve your clearances, and along with good tires and lower gears, you should have an off-road capable truck!