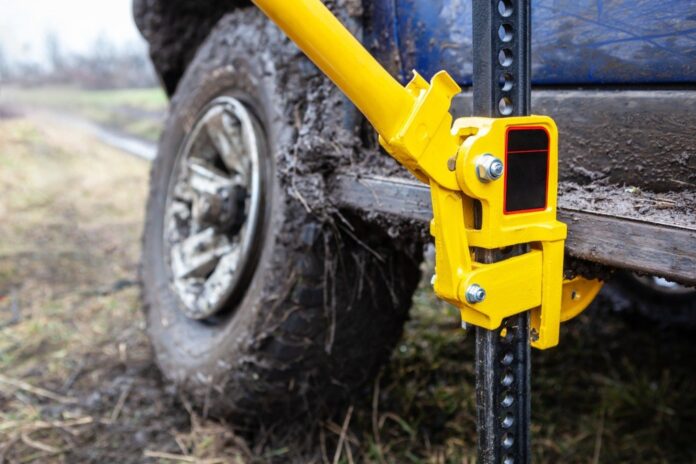 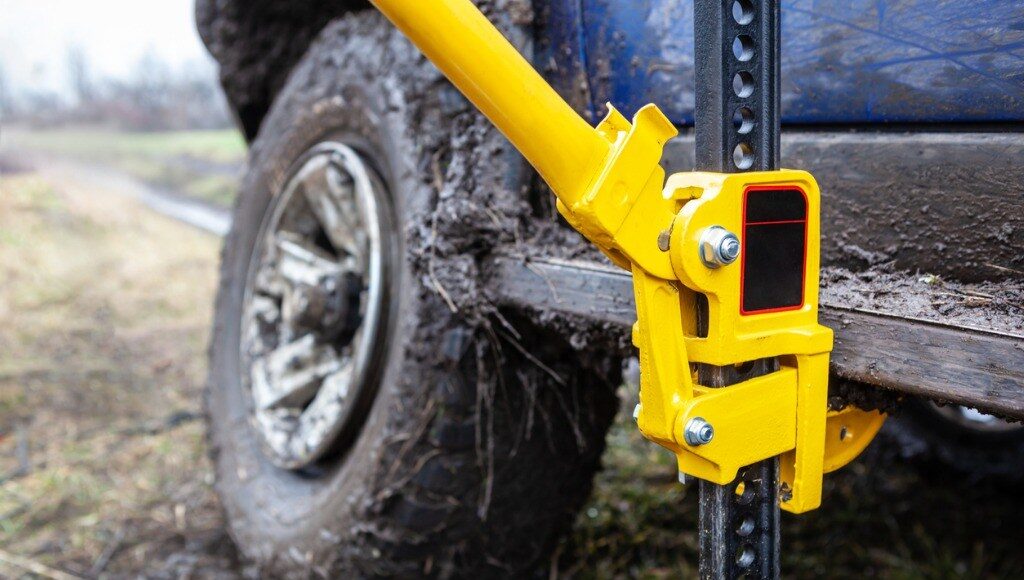 Photo by luckyraccoon via iStock

Off-roading requires that you have a lot of gear, including rescue and recovery equipment.

One of the most important pieces of rescue and recovery equipment is a good, solid jack. There are plenty of options, too. The question is, what are the best jacks for off-roading?

In this guide, we’ll review some of the most common types of jacks for off-roading so you can invest in the one that you feel best meets the needs of your vehicle. 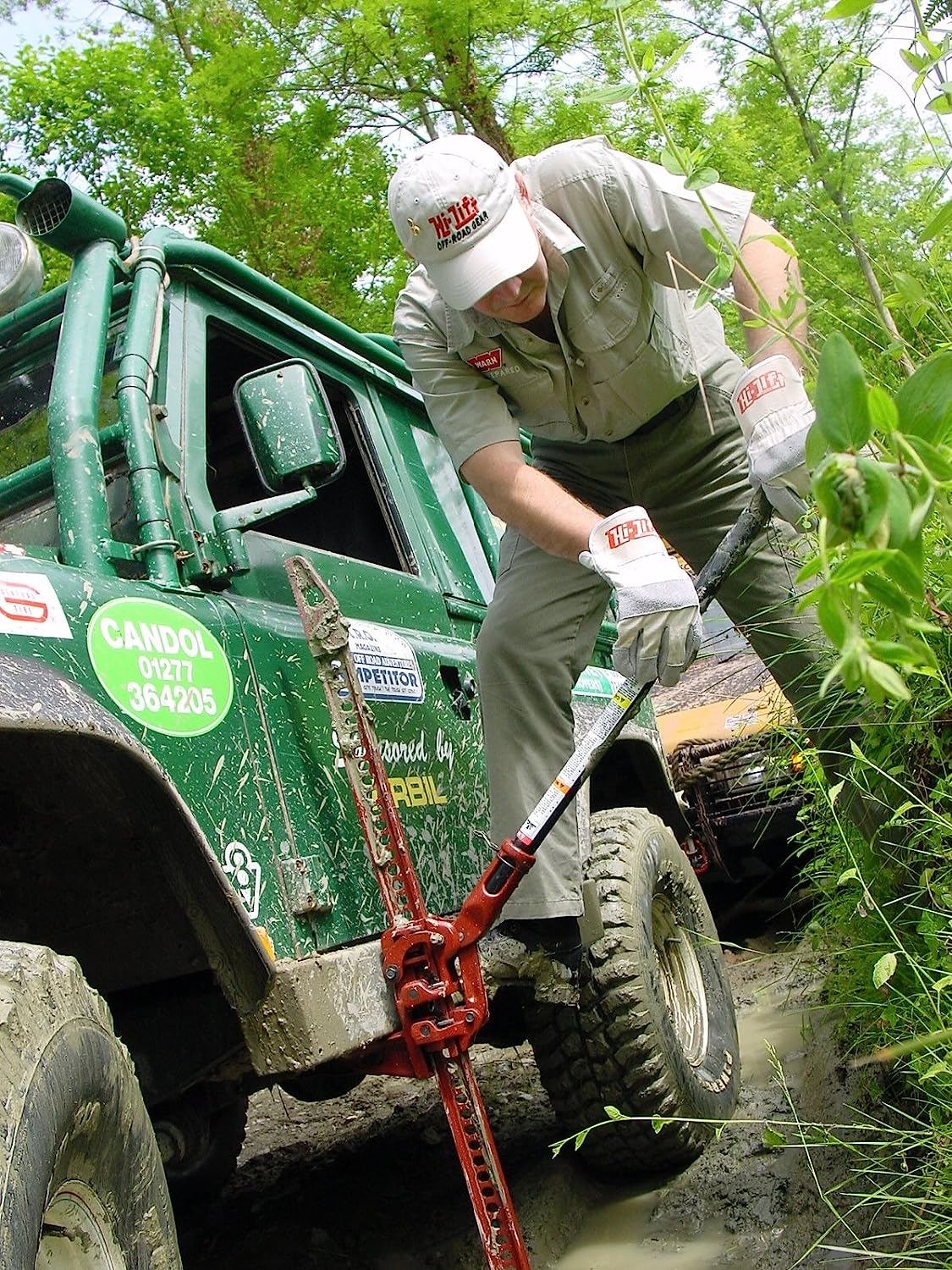 Likely the most common among jacks for off-roading is a hi-lift jack.

On the plus side, hi-lift jacks offer incredible lift height – up to 60 inches – and they also give you extreme versatility. In addition to their lifting power, they can be used as a tire bead breaker and as a clamp.

These jacks are also tough as nails. You can really put them through a beating and they’ll keep on working like a charm.

They are big though, so you’ll often see off-roading enthusiasts have their jacks mounted on their vehicle somewhere. And while they are durable, you must ensure that dirt, rocks, and other debris don’t get in the pins and holes, otherwise you’ll have a tough time maintaining control of its up and down movement.

Remember as well that these jacks are for recovery, not for changing a tire. You’ll need a different kind of off-roading jack to accomplish that task. 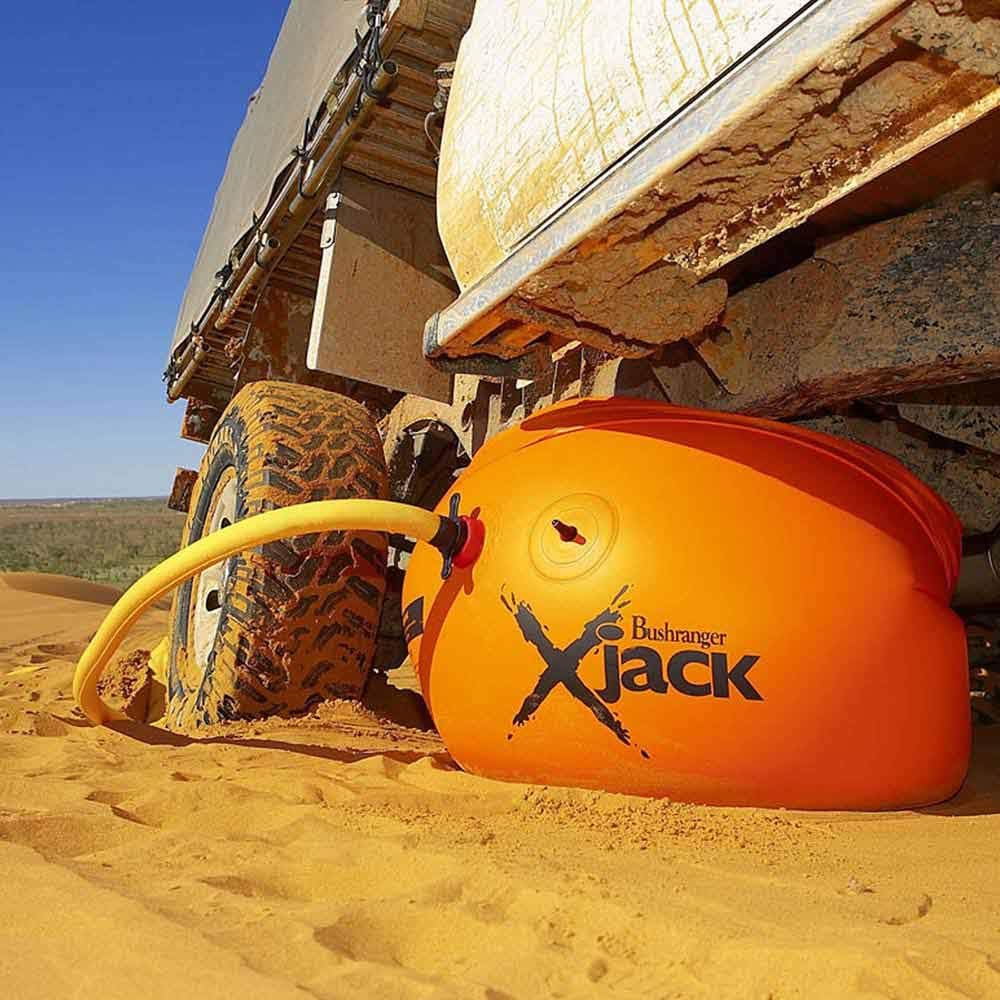 Another go-to off-roading jack for lots of folks is an exhaust jack.

You can attach these jacks to your vehicle’s tailpipe and use the exhaust to inflate it, or you can use an air compressor if you have one.

Exhaust jacks have the advantage of being ideally useful on soft ground, like sand. Where a hi-lift jack will just sink into the soft ground, an exhaust jack will continue to expand and lift your vehicle out without issue.

You can inflate these jacks very slowly if need be, or you can fully inflate them in about 30 seconds.

The downside of these jacks is that they can be quite spendy. They are also susceptible to damage from sharp objects, so you’ll need a mat to put under it to protect it from jagged rocks and other debris. Keep your distance while it’s inflating too! 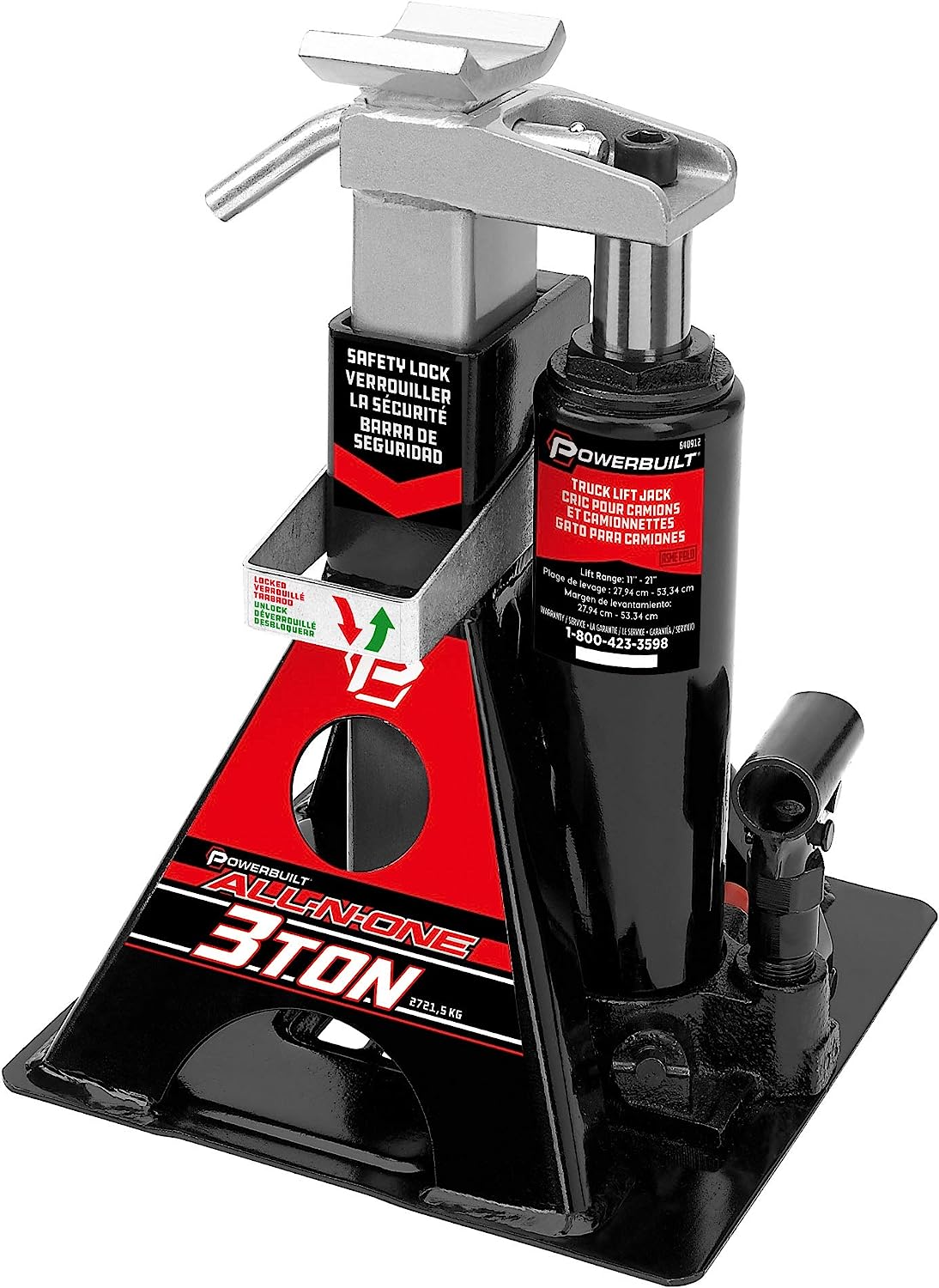 Bottle jacks are best used on flat surfaces, but having one for off-roading is still a great idea because you can get a flat on a paved road!

Some varieties of bottle jacks have larger bases that are really grippy, so they could be used on less flat surfaces if need be.

Bottle jacks are small, yet mighty, and they are simple and easy to use. On the downside, they can lose pressure if they are left to hold up your vehicle for a long period of time. They might not offer enough height for your off-road vehicle, either. 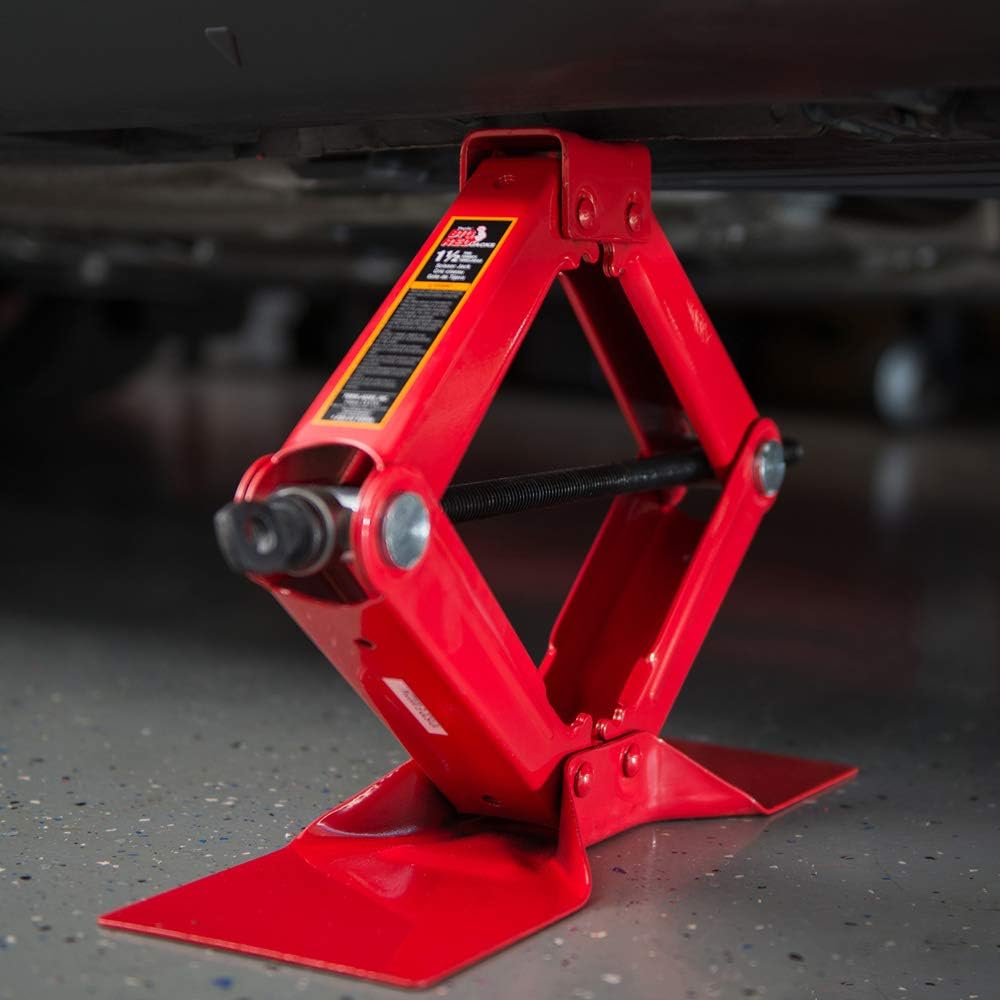 Yet another option to consider is a scissor jack.

Some scissor jacks have an enormous base plate, which make them better-suited for off-road use on uneven ground than a bottle jack. These jacks also have a higher lifting capacity than bottle jacks. They’re fairly small and easy to store as well, so you can throw one under the seat and have it available when you need it.

But, like bottle jacks, scissor jacks aren’t designed for rough-and-tumble off-road use, nor are they going to work if you have a rig with a big lift. It’s important to have one for those occasions when you get a flat in a relatively flat area, but it isn’t going to get you out of a jam when your vehicle is stuck.

Which Type of Off-Roading Jack Should You Get? 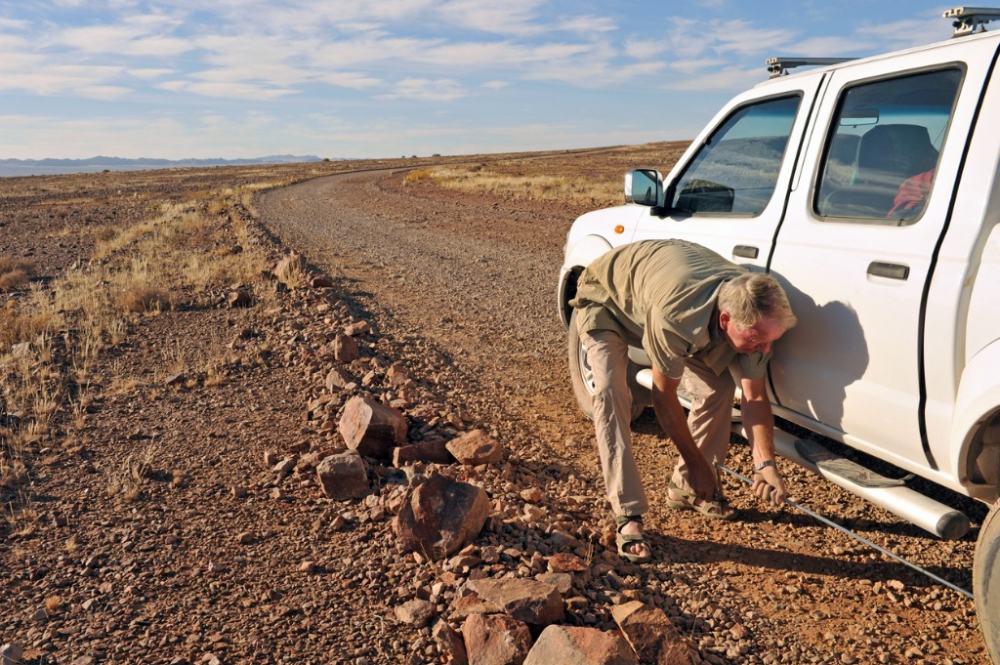 Photo by brytta via iStock

At the end of the day, you’ll probably need multiple jacks for off-roading. In my case, I have a hi-lift jack, a scissor jack, and a bottle jack. I also have a floor jack for use in my garage.

And, to be perfectly honest, I will be adding an exhaust jack to the bunch as well. So, I suppose the moral of the story is that you need multiple jacks to use in different situations…

The hi-lift jack is ideal for rescue and recovery when you need to lift your vehicle a great height. An exhaust jack is perfect for those of you that get into the mud, sand, and snow. And floor jacks, scissor jacks, and bottle jacks are good to have for working on your rig at home and for fixing flat tires on relatively even surfaces.

But…if I were forced to choose just one jack to bring with me, it would be the hi-lift. It offers the greatest lift height and the most versatility of any of the jacks on this list.