A Sneak Peek of the Ultra-Wide Ford Bronco R 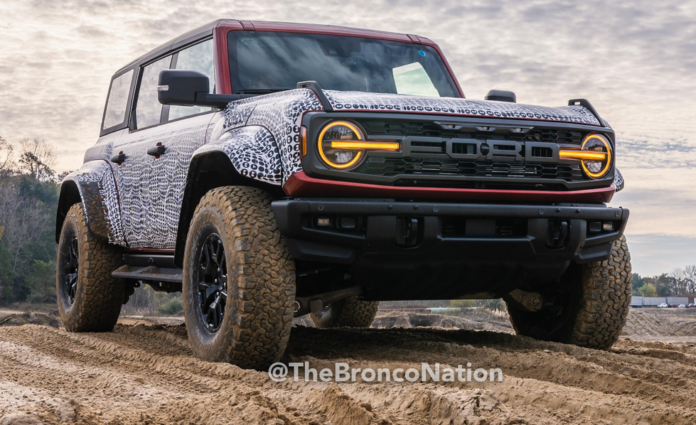 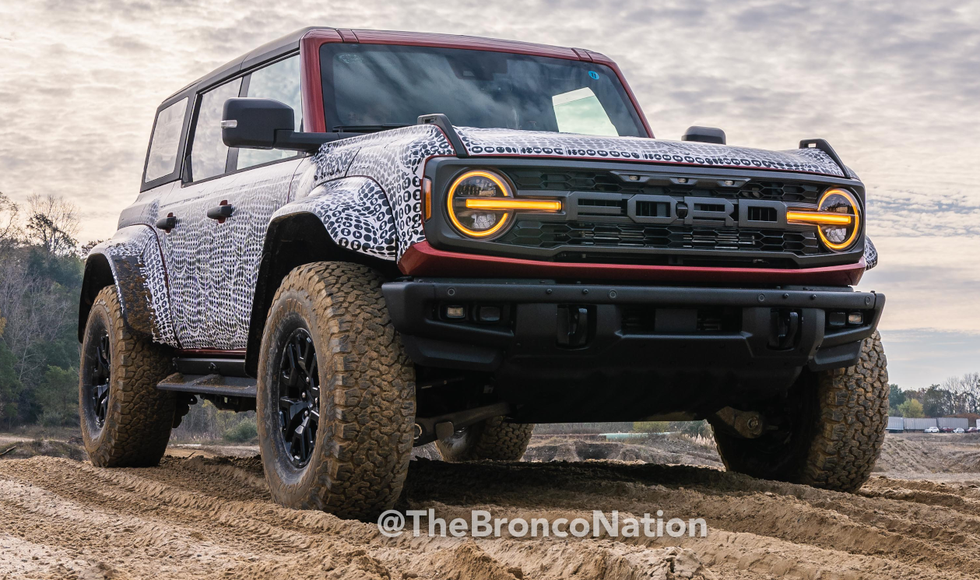 The new Bronco has gotten both good and bad attention from the media. That’s partly because it looks great and has plenty of capability and partly because very few customers have received the car.

Anyhow, Ford said there would be a faster more aggressive version dubbed the Bronco R and a few hours ago, we managed to get a sneak peek thanks to the hard work of the folks at The Bronco Nation.

Spoiler alert! It is wide, tall, and has some huge tires under it! Let’s have a look

Exterior of the Bronco R 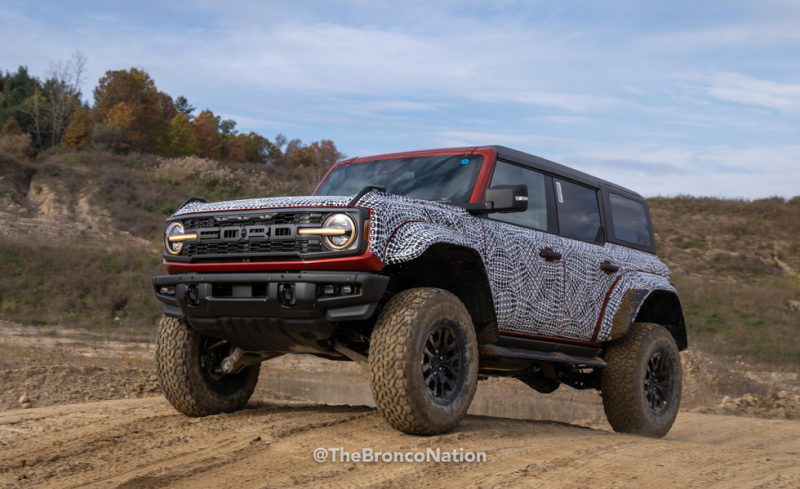 From the pictures provided, we can see those huge fender flares which some may say are a bit excessive. Furthermore, the front grille now has marker lights that remind us that this belongs in the same family as the Ford Raptor.

The front bumper incorporates the small Rigid lights that can also be found on the 3rd generation Raptor which will make driving at night on dirt roads a bit easier.

At the back, we can also see unique to this model LED lights and more marker lights above the tailgate-mounted spare tire.

The rest of the Bronco R looks very similar except for the ride height and the huge tires that it sits on.

These are 37s; however, rumors say that they will be an optional extra and the normal car will be on 35s.

That’s the exact same configuration that the Raptor uses. However, on the Raptor to upgrade to the 37s you also need to get an expensive trim level which means the end price of the truck is outrageous.

The tire of choice seems to be the BF Goodrich KO2 All-Terrain.

What About the Suspension? 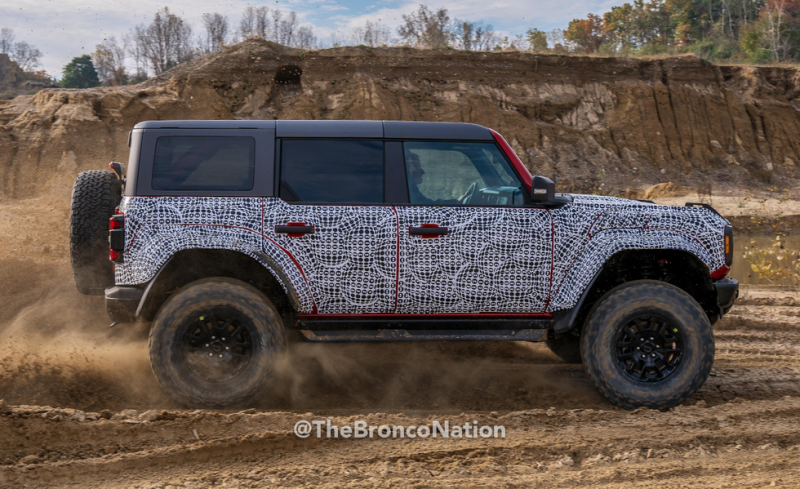 The Bronco R will be equipped with Fox’s Live Wire twin-tube bypass dampers which make it ride much higher. These shocks are also used in the Raptor.

The truck is now so much taller than before that Ford has given it sidesteps to help with getting in. So, if you found the original model too short (which I doubt) this one will fix all issues. 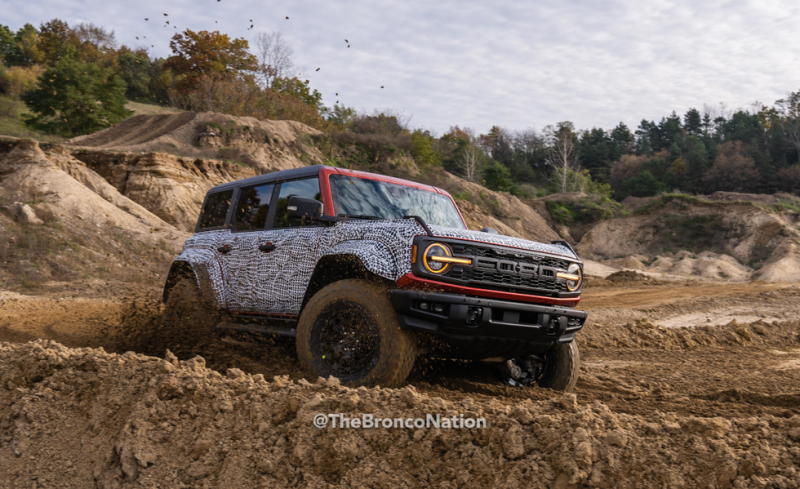 Ford has not given any details on the engine, but speculations from Bronco Nation state that it will have the 3.5L V6 with up to 450hp. This is disappointing I know, but nothing is official yet so we can still have some hopes that a big thumping V8 will make its way under the hood.

Availability of This Truck 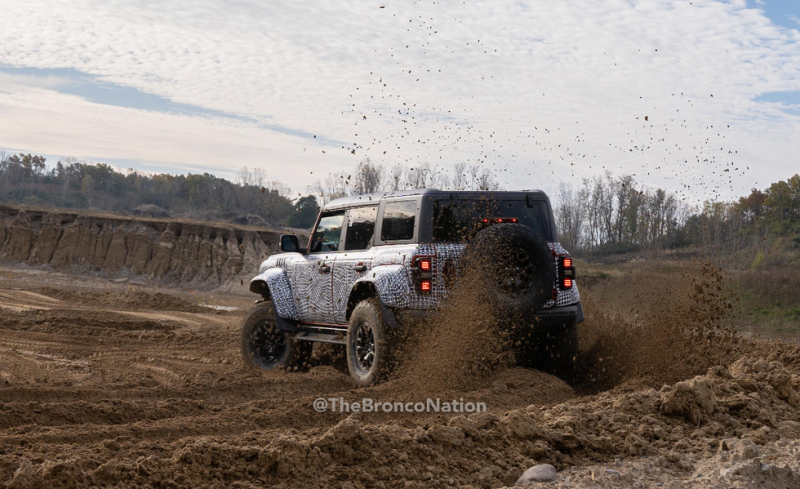 Well, it’s funny we mention availability as many people haven’t even managed to receive orders of their normal Bronco yet and Ford has proceeded to make an upgraded version.

We could say that this will be available sometime in 2023 or late 2022 which will hopefully give Ford some time to sort out orders, fix issues, and get the vehicles to customers.

What do you think? Is the Bronco R for you? Or has Ford gone too far?