A Quick Guide on Generator Etiquette 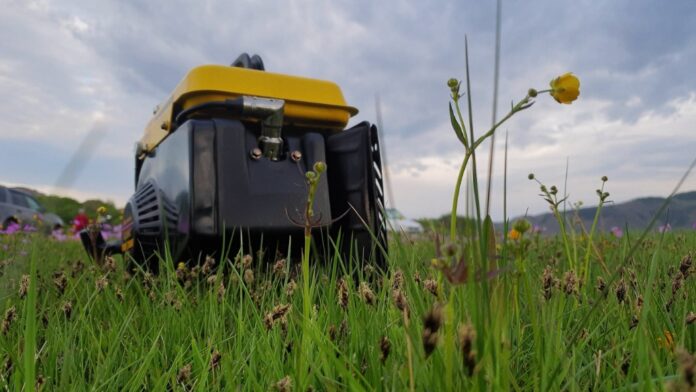 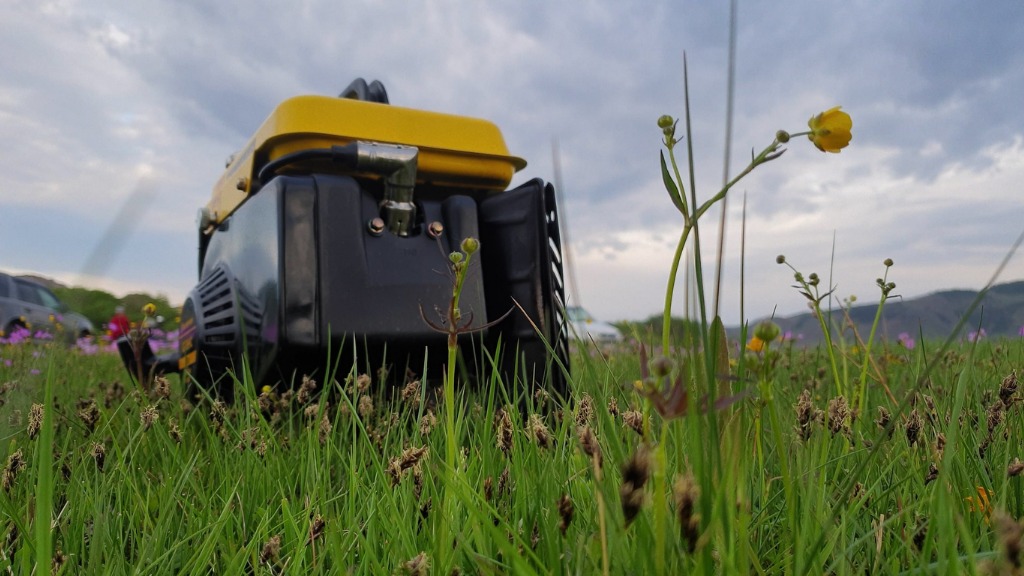 Photo by ivandan via iStock

We’ve all been there…

You’re settling in for a good night’s rest in your tent or trailer, and then you hear the dreaded whir of a nearby generator.

Now, obviously, if someone is running a generator during allowed hours, it’s their right to do so and you really have no right to complain. But, you also don’t want to be the one that’s annoying your camping neighbors with your generator.

With that in mind, here’s a few generator etiquette tips that ensure you can use your generator and stay on everyone’s good side at the same time. 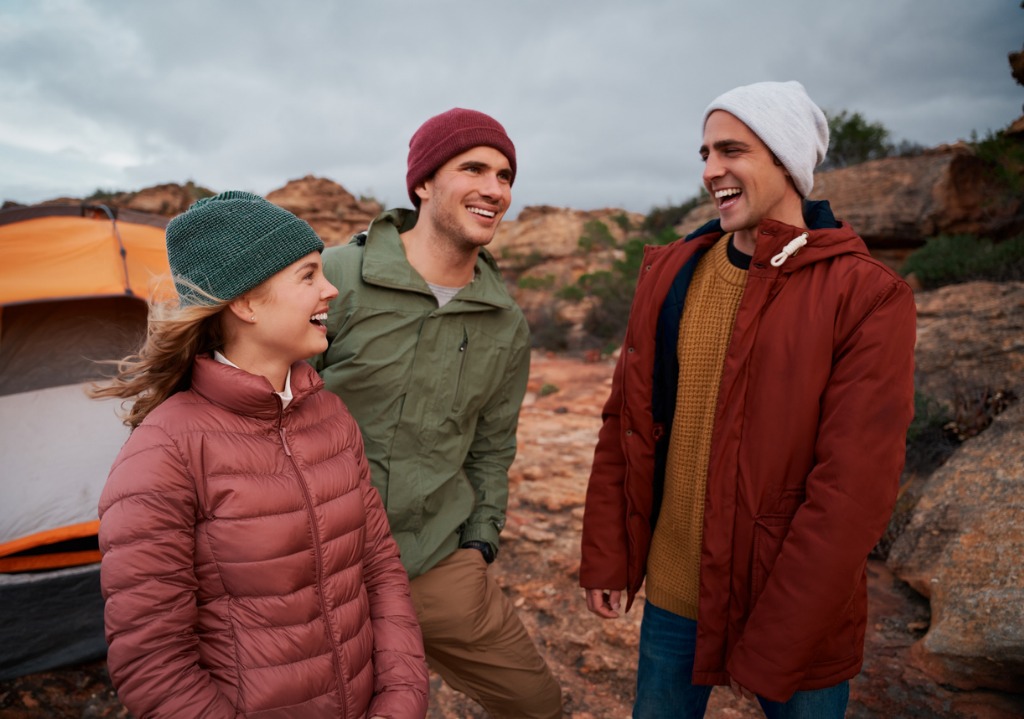 Photo by Lyndon Stratford via iStock

Let’s assume that you’re in a campground that has mains electricity, but that you discover the electricity at your site isn’t working. Rather than break down camp and move, you decide to get out your generator so you can charge the batteries, run the water pump for a quick shower, and so forth.

Rather than just firing up your generator, take a moment to convey to the campground host what the situation is and why you’d like to use the generator. Then, pop by your neighbors and tell them what’s going on and how long you anticipate the generator to be running.

I’ve found that when you take the time to be considerate and communicate what’s going on, most folks don’t have a problem at all. In fact, you will likely find that your camping neighbors have had a similar experience!

Generator Etiquette: Put Some Space Between You and the Next Campsite 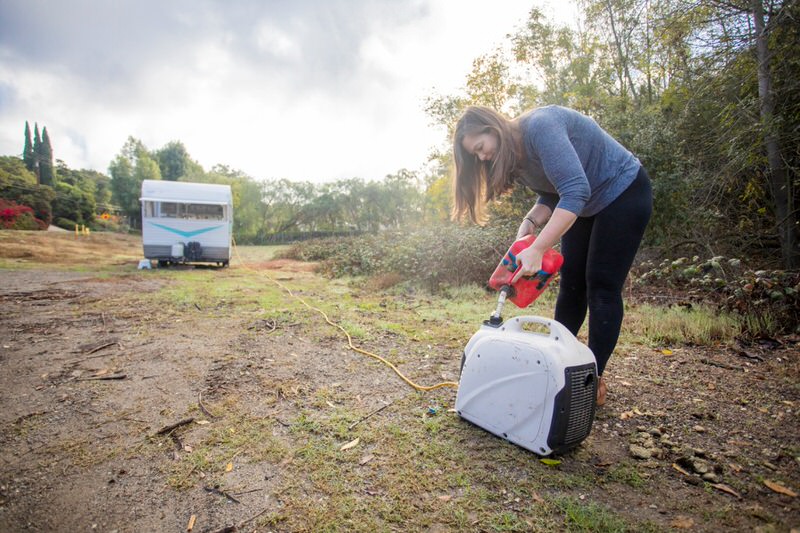 Photo by adamkaz via iStock

If you’re in an established campground that allows generators, try to find a spot that’s as far away from the next camper as possible. Granted, this might be easier said than done depending on the day of the week and the time of year, but do what you can to put some distance between you and the next rig to help dampen how loud the generator is for your neighbors. 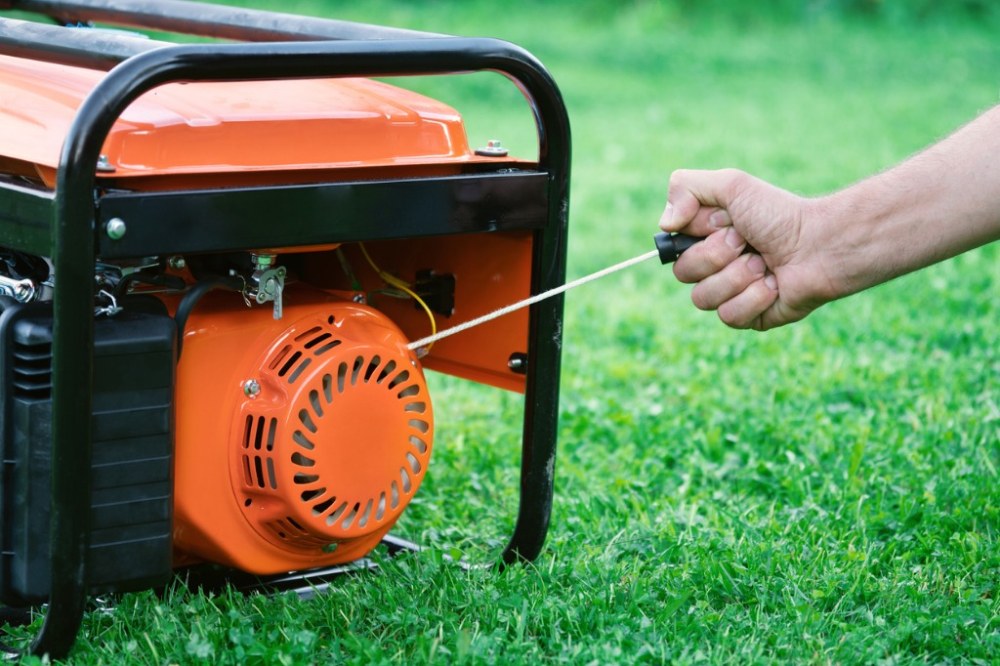 Photo by Dzurag via iStock

Likewise, where you position the generator can help minimize the carry of its sound to other campers. For example, if you’re in a corner spot, and most of the other campers are on the north side of you, put your generator on the south side of your camper. This might not seem like it would make a huge difference, but your camper or RV will block a lot of the sound from carrying to your neighbors.

Invest in a Quiet Generator 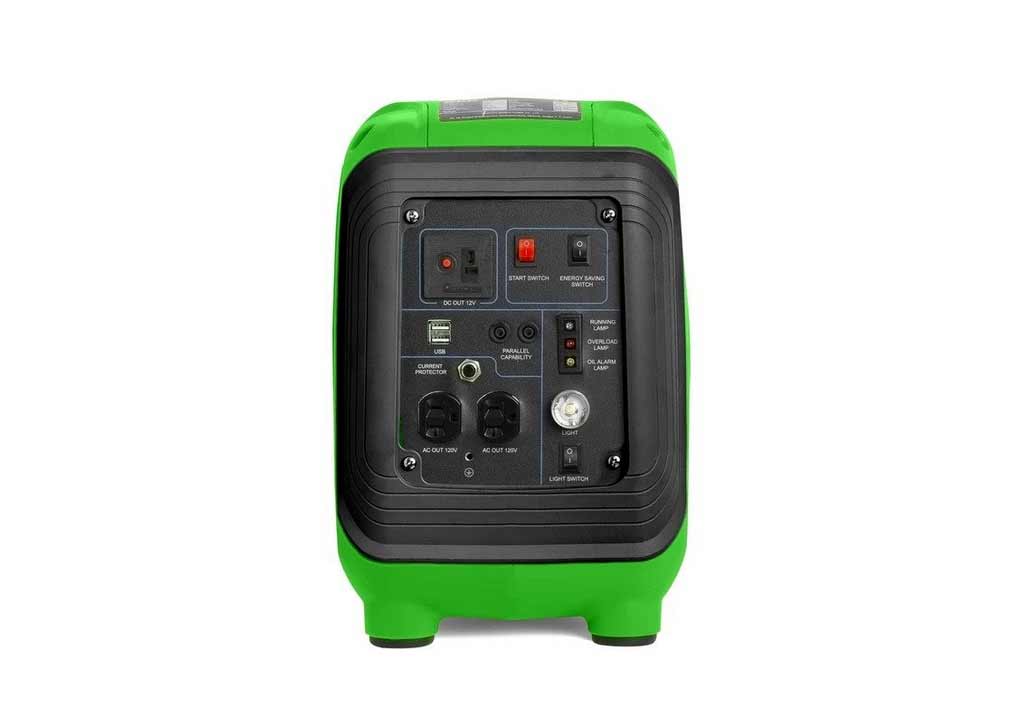 Obviously, not all generators are made alike. They vary in everything from power output to the type of fuel they use to how much they weigh.

Similarly, generators operate at different noise levels. That’s why generators include a decibel rating. Good generator etiquette suggests that you invest in the quietest generator you can afford so as to minimize the noise pollution when you use it.

So, when it was time to invest in a new generator for my overlanding setup, one of the features I prioritized was the noise level the generator produces. 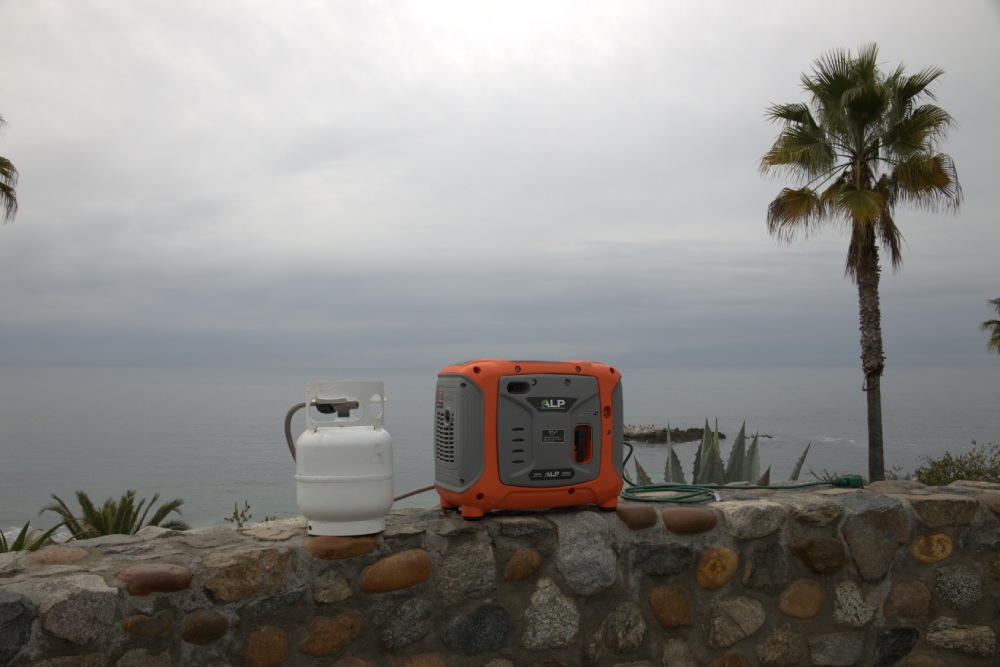 I ended up with an ALP 1000-Watt Propane Generator (shown above), and I could not be happier with it.

This thing is truly whisper quiet at less than 52 dBA. You can literally stand next to it and still carry on a conversation. That’s precisely the kind of quiet operation you want when you’re trying to abide by the rules of generator etiquette. 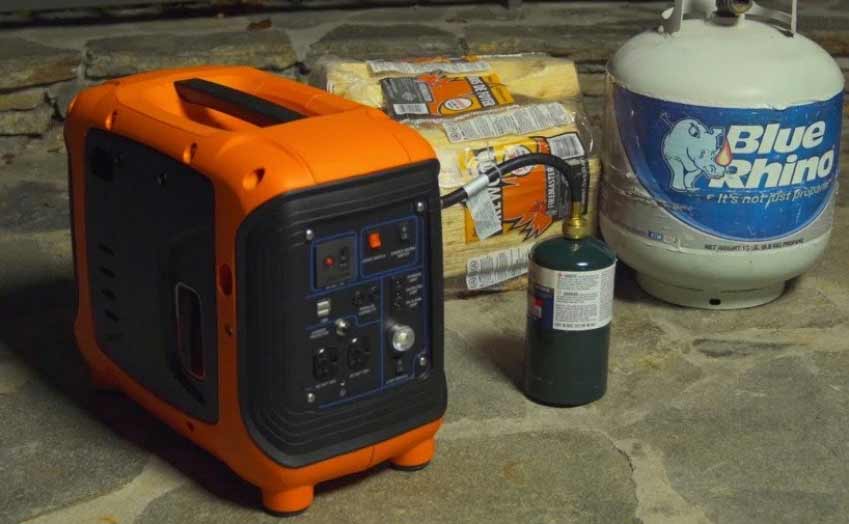 On another note, this generator offers about three hours of runtime on a one-pound tank, which is plenty for charging up my electronics, running an electric heater to heat up my tent, and topping off the batteries in my trailer. With a 20-pound tank, I can get about 60 hours of runtime at 25 percent load.

The moral of the story here is that I can kick on the generator and get done what needs to get done quickly and efficiently. There’s not a need to constantly refill a gas tank. And on top of that, there’s no messy refills to make or gasoline or exhaust smells to contend with – something that your camping neighbors will also appreciate! 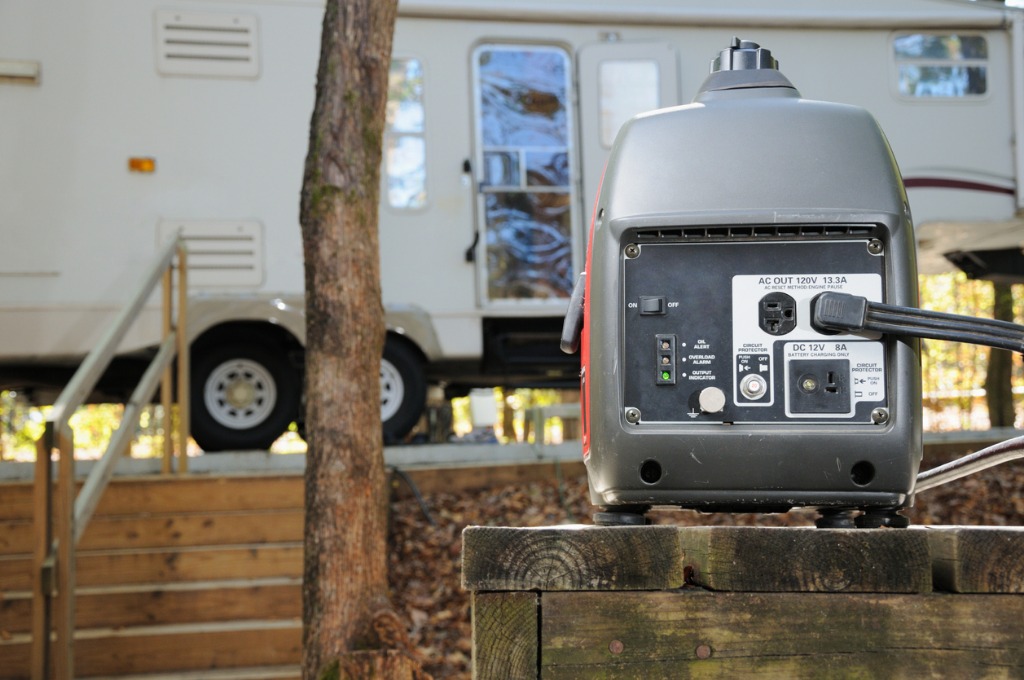 Photo by sshepard via iStock

The most obvious thing you can do to be a conscientious generator user is to simply respect the posted rules about generator use.

If there are quiet hours, don’t run your generator during them. If you’re boondocking, try to avoid running your generator all night so you don’t bother nearby campers. If generators are prohibited, don’t use one!

If there aren’t any posted rules, follow common sense and be as respectful of others as you possibly can be. You have every right to use your generator, but at the same time, no one wants to hear your generator running all night long, either.

These are all simple tips, but it only takes that one camper to ruin it for everyone else. Don’t be that guy! Keep the lines of communication open, choose a spot as far away from others as you can, invest in a modern, quiet generator like the ALP 1000-Watt Propane Generator that I have, and follow the rules regarding generator use. If you do, you’ll be in the good graces of your neighbors because of your proper generator etiquette.