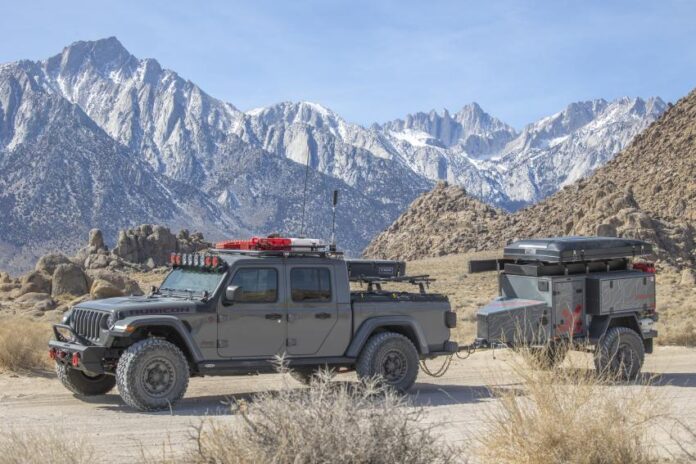 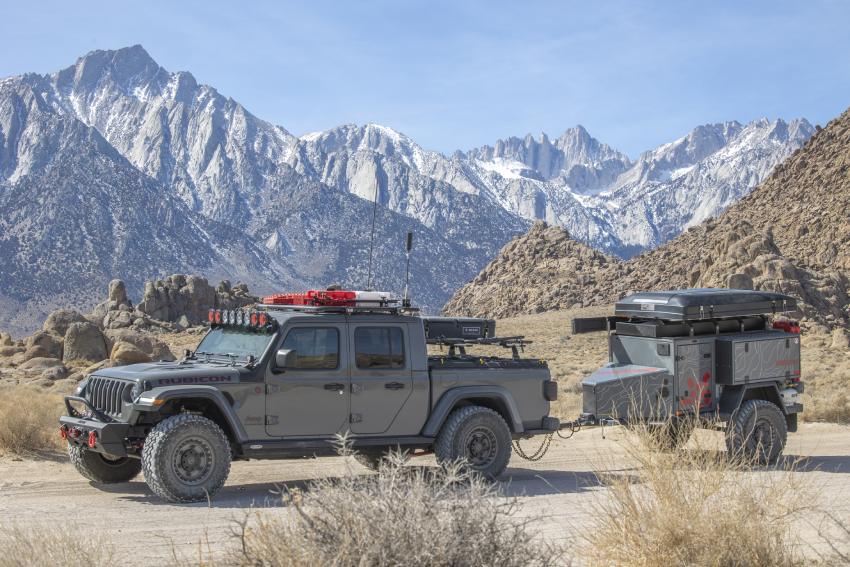 One of the first modifications I made to my Jeep Gladiator was to upgrade the wheels and tires.

I wanted a tire that would give me the ultimate in off-road performance, but also something that wouldn’t rattle me to death or make a ton of road noise as I drive around the city.

And, really, there was only one way to go…Nitto Trail Grappler M/Ts.

Here’s an ultimate and genuine Nitto Trail Grappler review for you. Keep reading!

Those of you that know me from my previous automotive exploits know that I had a 900-horsepower Corvette that I used as my grocery getter (okay, maybe I used it for other things too). With all that power, traction obviously mattered a lot, and since Nitto always set the bar so high, I exclusively ran their tires on that beast.

So when I ventured into Overlanding and off-roading, I turned again to Nitto – and it’s a decision that has worked out very well so far.

Below is my Nitto Trail Grappler review of 8 months’ usage. 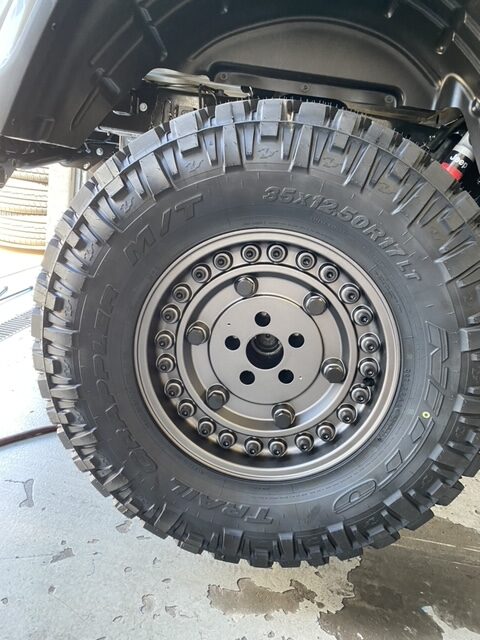 First things first, let’s talk about the basic specs of these tires:

Throwing specs at you is just part of the review, though. Let’s dig into these details a little more and talk about the real-world performance of these tires. 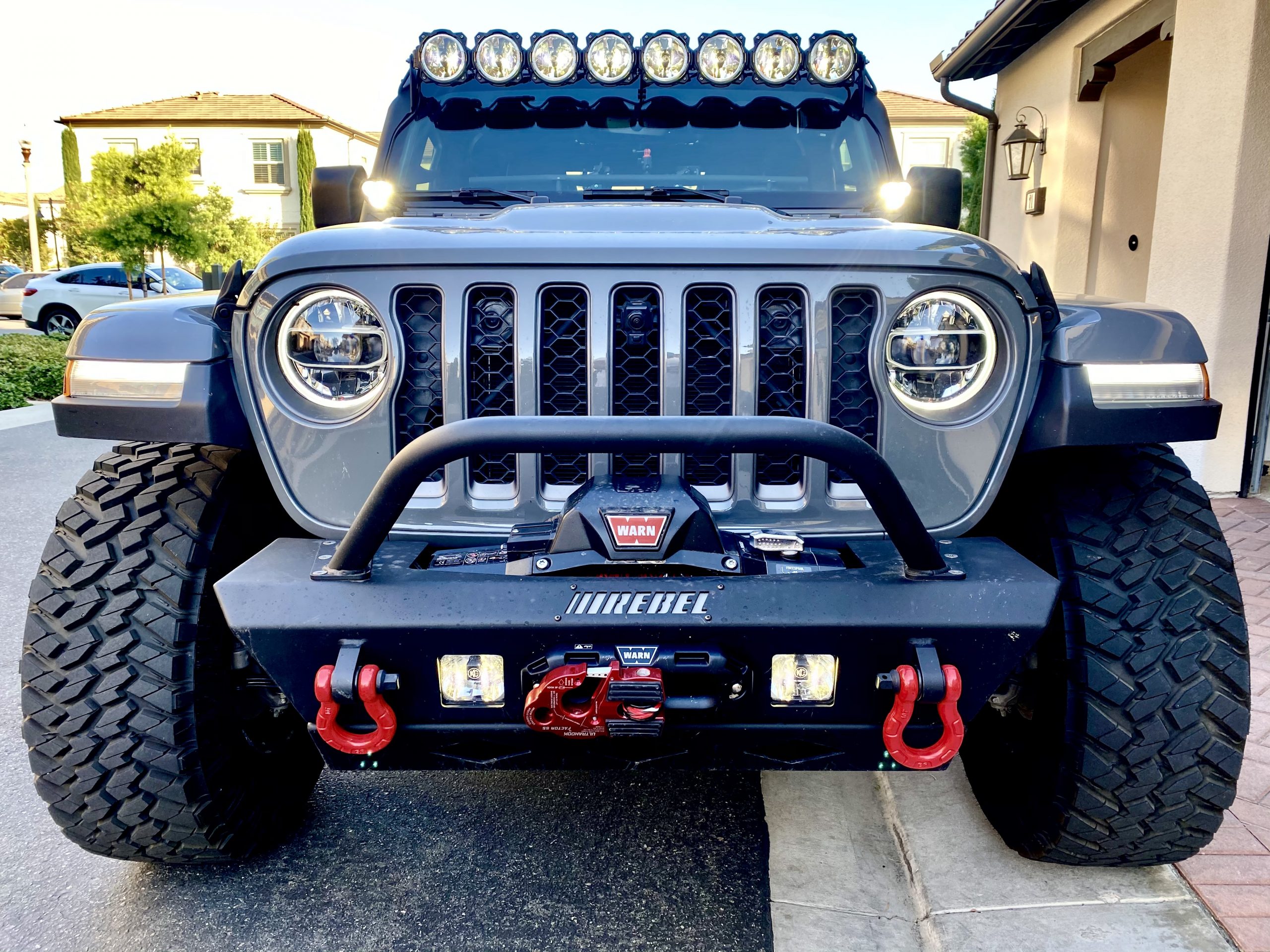 My Jeep is my daily driver, so it sees a lot of city streets and freeways.

When I first got the Jeep, I will admit that I was a little concerned about how the ride would be once I got these massive tires on it. But my worries were totally unwarranted…

To date, the vast majority of the miles I’ve put on my Jeep have been on tarmac, and these tires have performed beautifully.

Not only are they far quieter than any other M/T tires I’ve had in the past, but the on-road comfort is next-level good.

Now, I’m not saying that my Jeep rides like a Cadillac, but you’d expect a tire with a big, aggressive tread like this would result in a less-than-awesome ride. But since Nitto’s mad scientists figured out a way to automate production and create extraordinarily uniform tires, you get a nice, smooth ride on tarmac.

What About Off-Road Performance? 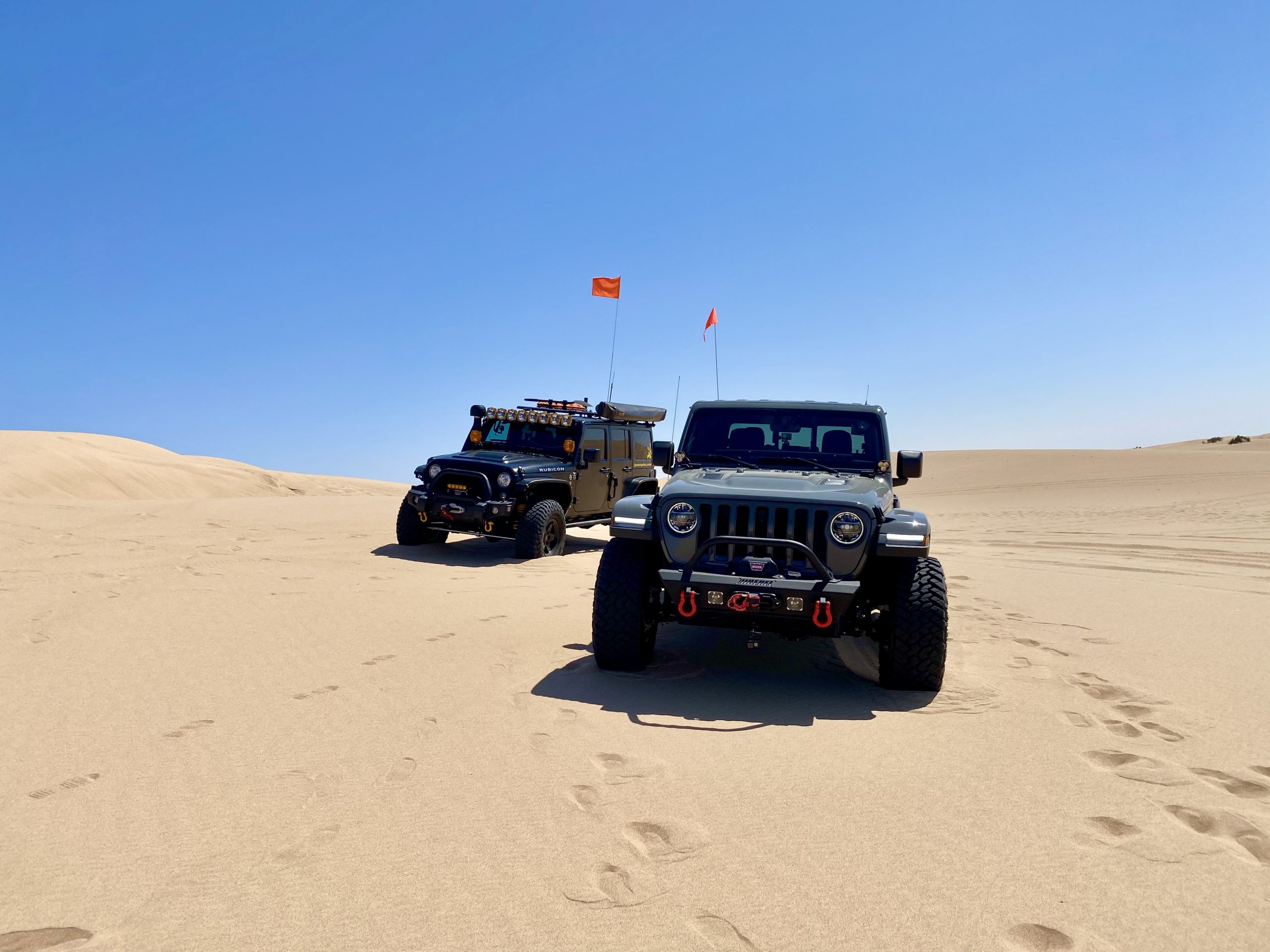 As I noted earlier, these tires have a 3-ply sidewall that helps minimize punctures. And while I don’t drive over cacti in the desert every weekend, so far I’ve managed to avoid any punctures in these bad boys.

The aggressive tread pattern is fantastic for getting a grip on all kinds of surfaces – mud, snow, sand, and everything in between. The reinforced shoulder grooves, mud evacuation channels, central siping, and leading edge tread and side lug blocks go a long way in biting into the terrain to keep the Jeep moving ahead.

Having a tire that can clean itself out quickly is a huge benefit, particularly for Jeep owners like myself whose rigs are geared so low from the factory. These tires prevent tons of wheelspin and instead get rid of the gunk in an efficient manner.

These bad boys can handle running on low PSI too. When I need more grip (like on sand), I simply air down and take advantage of the killer tread pattern that these tires have. Then when it’s time to head home, I air up to 30 psi and enjoy a quiet and smooth ride all the way home.

From winter driving in Big Bear to Glamis sand dunes to fall camping trips in the Alabama Hills, these tires have proven to be a big asset when my adventures have taken me off-road. 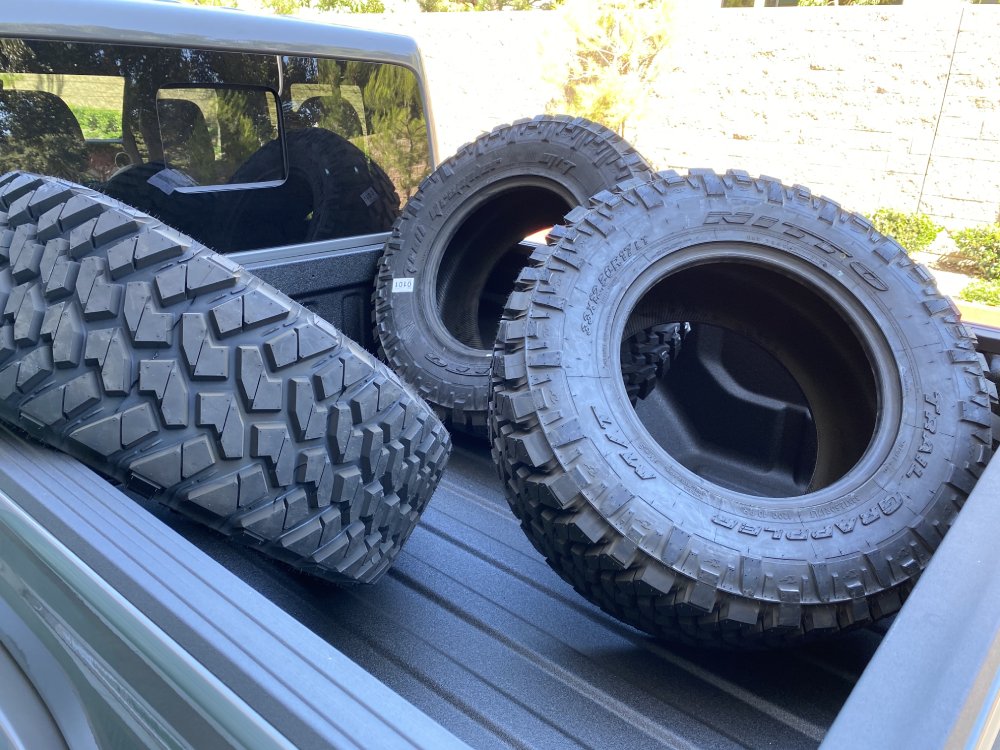 In fact, these tires are so good that I outfitted my Turtleback Expedition Trailer with them as well (the trailer also has the same Black Rhino Armory wheels). The only difference is that the trailer’s tires are 33s (shown above in the bed of the truck), not 35s like I have on the Jeep. 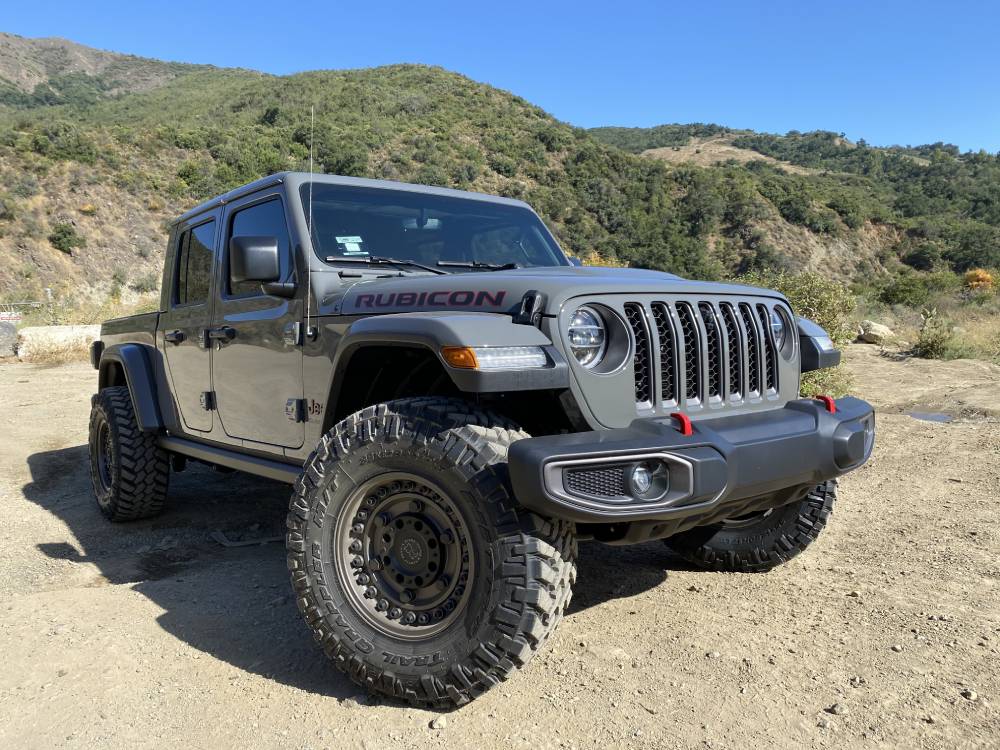 What’s so great about these tires is that they offer top-shelf performance with a lower price point than many competing tires. So not only do they take it easy on your pocketbook, but they do so without sacrificing quality.

I’ve had my Jeep for less than a year, so I don’t have an abundance of miles on these tires. But I fully expect these suckers to last 40,000-45,000 miles before they need to be replaced.

Part of what makes these such great tires is certainly the build quality. While Nitto is a Japanese company, virtually all their tires are made in the USA (in Georgia, to be specific). As a veteran, I like knowing that my dollars stay here at home! 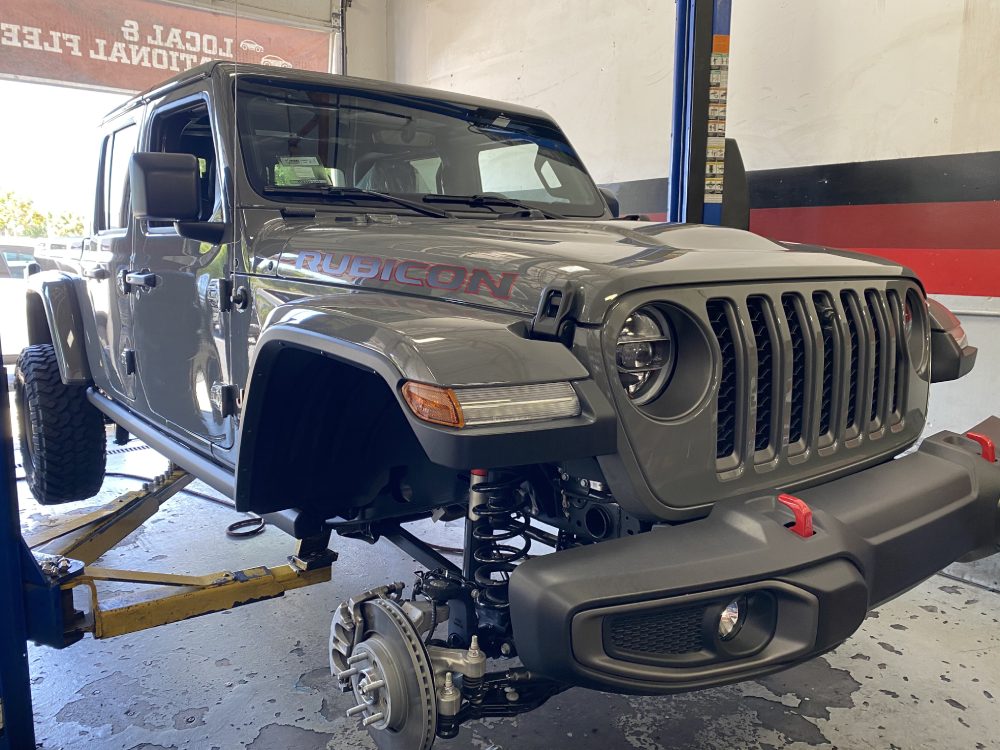 Honestly, there isn’t much that I don’t like about the Nitto Trail Grapplers. They are big, heavy tires, which certainly doesn’t help my Jeep’s already terrible fuel economy. Additionally, they aren’t rock stars in the rain, but it’s not like I do a lot of driving in the rain here in Southern California anyway.

Truly, these tires are hugely impressive and have not disappointed me yet. I don’t expect them to, either, especially after running Nittos on my Corvette with great success for so many years.

If you’re in the market for a tire upgrade for your off-road or Overlanding rig, take a serious look at investing in some Nitto Trail Grappler M/Ts. These tires have been one of the best investments I’ve made yet in outfitting my Jeep. Lastly, I hope this Nitto Trail Grappler review has helped you in making your final decision.

FAQs About Using a Portable Solar Panel for Camping