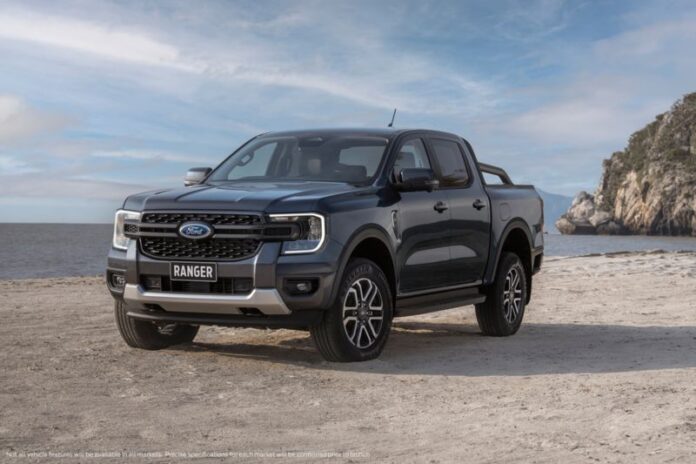 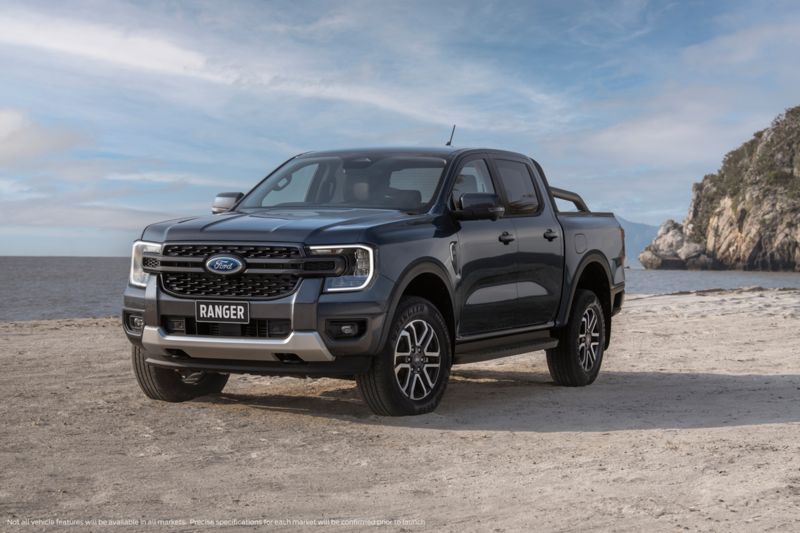 The Ford Ranger has slowly made its way to the top of the pickup list not just in the US but worldwide.

It is designed and engineered by Ford of Australia which is a good thing. The Aussies know a thing or two when it comes to long-distance touring and off road driving.

In this article, we go over the specs, features, and capabilities of the truck, to help you decide if you should buy a Ford Ranger for off roading. 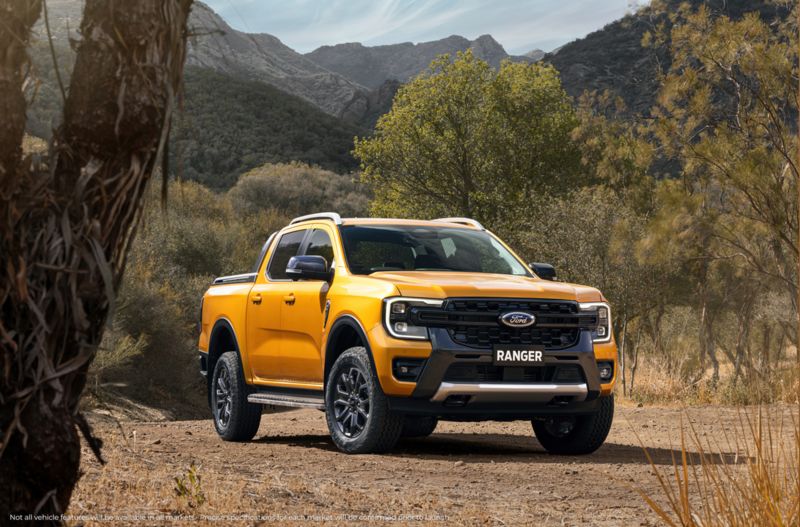 Even though the old Ranger was one of the best-selling trucks in the world, its design never really impressed me.

I thought it looked dated, and that huge front grill was a bit disproportionate next to the headlights.

I think the new one is a much better attempt with a distinct Ford F-Truck look to it. The large, squared headlights now compliment the front grill, the rear end has been redesigned, and the whole car generally looks much better than the old one.

Although specs have not been fully released yet, on the front end we can see a small camera and a couple of recovery hooks.

The rear end of the vehicle now gets disc brakes which is a welcome upgrade from the dated drums.

Disc brakes are not just better on-road but also off road. Drum brakes tend to get filled with mud and the only way to clean them is to open them up.

To increase bed space and wheel articulation, Ford has moved the rear shocks outside the chassis.

It must be mentioned that the new truck is still sitting on leaf springs at the rear.

The track and wheelbase of the new truck have been increased by two inches. This improves road manners, and approach angles as the front wheels now sit closer to the front bumper. 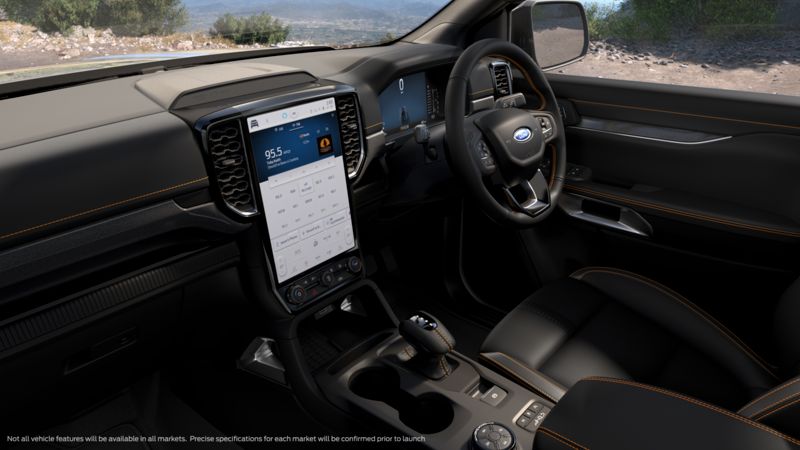 The interior is perhaps the biggest upgrade from the old truck. We now get a 12-inch vertical screen with Ford’s Sync 4 system, a completely redesigned cabin, wireless phone charging, an electric hand brake, and many other upgrades that make the interior a far better place to be. 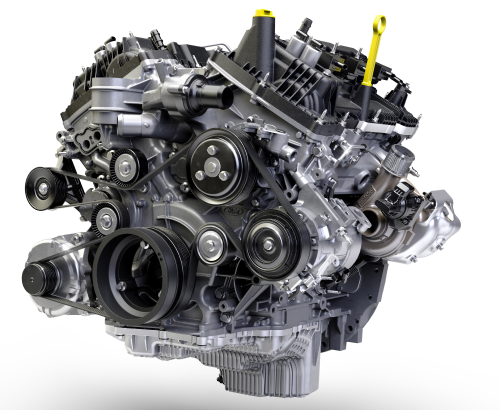 Most world wide markets will receive three diesel engines. The engines are a single turbo 2.0L 4 cylinder, a twin-turbo 2.0L diesel, and the 3.0L V6 which was used in the F-150 and Land Rover SUVs.

Ford Ranger Off Roading – The Raptor 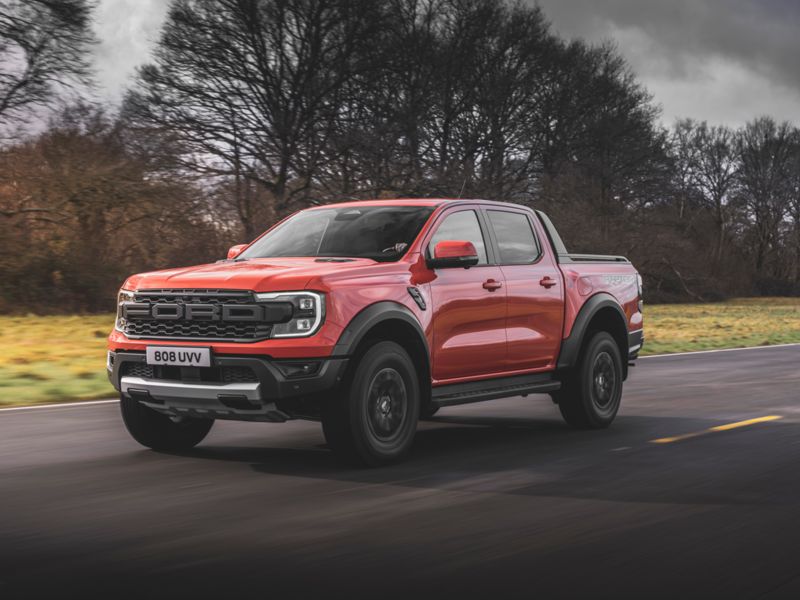 The new Ranger will come with many trim levels; however, if you are planning on taking your Ford Ranger Off Roading often, the Raptor is the one you want.

The exterior design of the Raptor is similar to the normal Ranger but features some distinct elements that differentiate it.

Up front we have the big Ford lettering on the grill, steel skid plates for the engine and transfer case and two rated recovery hooks in the front and rear.

The Raptor comes as standard with 17-inch wheels, but you can also opt for Beadlocks.

Beadlocks are special wheels that lock the bead of the tire in place when you are aired down.

This is an interesting option as beadlocks are not an accessory you see fitted from the factory often.

Another great addition is the fact that the Raptor comes as standard with some All-Terrain BF Goodrich KO2s. 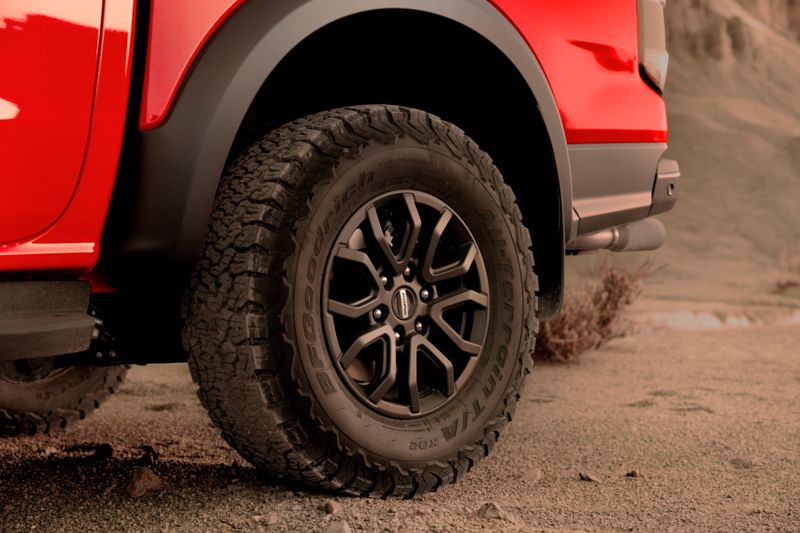 These are great off road tires that offer exceptional grip in dry off road conditions, and great puncture resistance but could do with some improvement in the wet.

The suspension system is also more advanced thanks to some Fox 2.5-inch dampers.

These are adaptive dampers that alter their behavior based on driving mode and driving surface.

As the stance of the Raptor is a bit wider we also get wider wheel arches.

Another great feature are front and rear diff locks. This is something that not many off roaders have.

Traction control systems do a good job of providing grip, but nothing compares to a couple of diff locks.

Unlike the normal Ranger models, the Raptor has cast aluminum side steps that can withstand hits on rocks, or the weight of the vehicle if you happen to run out of clearance while off roading.

To make the most of that 3.0l V6 Ford has equipped the Raptor with an upgraded exhaust system. Like most modern systems you can choose how loud you want the exhaust to be through the screens available inside. 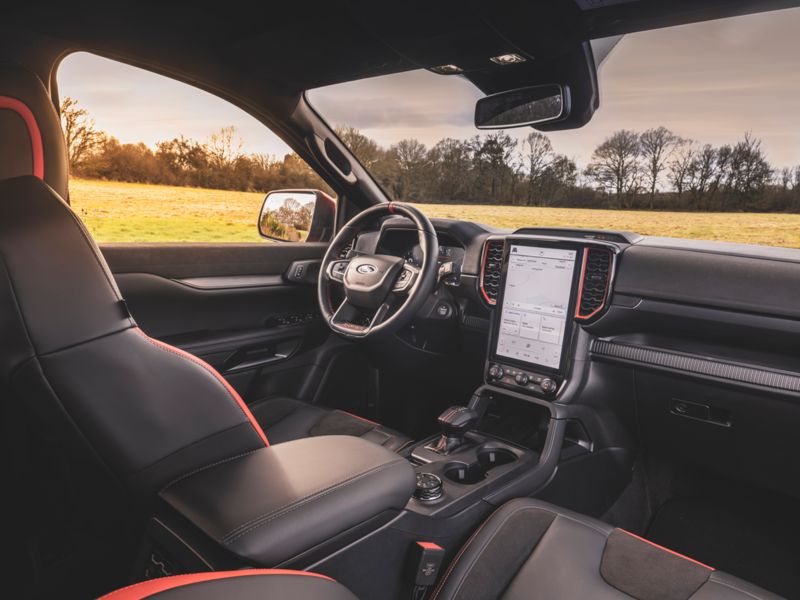 The interior features new seats that are designed to hold you in place when bashing through the desert, red stitching, and Raptor logos to let you know you are seating in the most off road worthy model of the Ranger.

The rear end gets coil suspension as opposed to leaf springs like the normal Ranger models.

Payload and towing capacities have not been released yet. However, off road specific models tend to have lower numbers due to the alterations made to the suspension system. 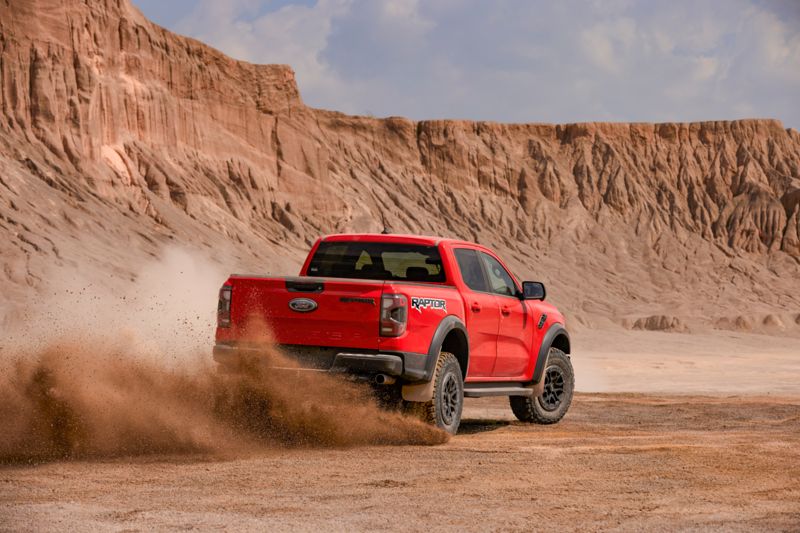 There is no doubt that if you want the best Ford Ranger Off Roading experience you need to go for the Raptor.

However, if you prefer to have a great balance between a work truck and an off roader then the normal Ranger will also do a great job.

If you have any further questions regarding the new Ford Ranger or for anything else off road or overland related, head over to the forum section of our page.

Jeep Wrangler Rubicon Off Roading: Why the Wrangler is a Beast